BY C. MICHAEL BAILEY
August 31, 2012
Sign in to view read count
Track review of "Only A Memory" 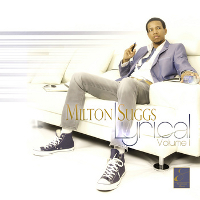 Vocalist/composer Milton Suggs released Things To Come to certain positive acclaim. In an arid male jazz vocals landscape, Suggs recalls a simpler time ruled by the likes of Joe Williams and Johnny Hartman. His voice is deep and rich, with Betty Carter's pliability and Jon Hendricks' smokiness. On Lyrical, Volume 1 he fronts a larger-than-average band for a set of originals and adaptations that are both inventive and enjoyable. Suggs also brings a spiritual dimension to his music, reflecting his deep involvement with the Apostolic Church of God in his native Chicago.