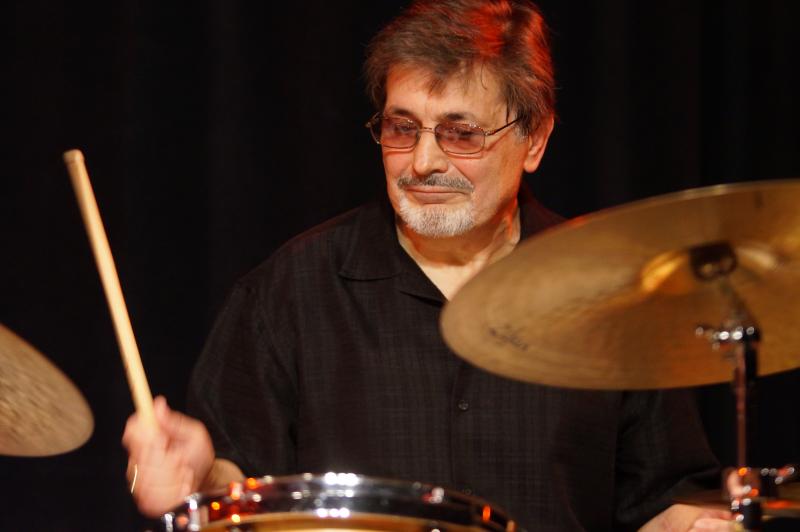 By Mat Marucci
August 11, 2015
Sign in to view read count
There have been popular views by certain so-called experts that seem to have been accepted as dogma, the term "less is more" being one of them. However, as in any subject from sports to politics to science to religion, every pundit has an equal who has a contrary opinion. I, for one, am bothered by some of these views and not only have a contrary view of them but feel many are either misleading, questionable, or downright wrong.

Now I realize that I'm going to take some heat for this. And I'll be offending some who are considered icons in the music industry. That fact actually bothers me even more because these supposed experts who are in demand due to some modicum of fame are really doing a disservice to the young musicians looking up to them. In fact, I suppose this article is meant as much as an admonishment and caveat for them as it is for debunking the "less is more" theory.

Maybe I'll even get some hate mail. Or maybe I'll just be ignored. I have no idea what the repercussions will be but I've never been one to worry about that. I've always spoken my mind and espoused what I sincerely felt was the truth. Of course, sometimes it is only an opinion, but it is perceived as the truth. In any event, I am and always have been prepared to face any consequences for speaking my mind. Even if you don't agree with me, I am sure you will find credibility in my opinion and it will give you something to think about.

I'm a drummer so I will continue from this point on from a drummer's perspective, especially since this so-called axiom of the music industry is usually aimed at drummers, but what I am saying applies to all instruments. I'm also known as a jazz musician, which is where my heart is, so I will also relate what I'm saying from a jazz perspective. Again, it applies to all styles of music.

This phrase, "less is more," not only really irks me but I believe it has caused the lack of development in young musicians... especially drummers. What inspiration does it give? What type of motivation will a young drummer have to spend time developing advanced technique and art if he or she should play simply? Why work hard in the practice room on advanced reading, coordination, and technical ability when someone is telling you to play a simple backbeat? Instead of being told it is better to play less, these young musicians should be taught to play for the music. Instead of a producer or bandleader saying to play less, it would be better to say "this song requires a simple backbeat" instead of giving the impression that playing less is the commendable thing and should be strived for in all situations.

I've worked with some great musicians and not one of them ever asked me to play less. In fact, they always wanted me to play more. Phrases like "play out" and "develop it" and "go for it" come to my memory. The great organist Jimmy Smith told one drummer, and I paraphrase, "I don't need you to keep time for me. Play!" This was related to me by a young drummer who was to play with him in a concert with his college stage band and wanted some quick lessons in playing with Jimmy.

Why study the rudiments if some famous drummer tells you all you need are single and double strokes, paradiddles, and flams? Similarly if producers only want you to play a backbeat.

I've seen this view espoused by some professionals who really should know better. What I would like to see is if they were given "less" in their paychecks if they would look at it the same way and feel they received "more."

To take apart this fallacy, we need to find the origin, and that is from a poem by Robert Browning... "Andrea del Sarto" (1855)... in which del Sarto, a painter, is speaking to his wife. He tells her that his passion for her has kept him from reaching the artistic heights of Michelangelo and Raphael, whose passion went into their work. That translates as MORE passion into their work. To me that sounds like "more is more." Even further, the poem states that a man's reach must exceed his grasp. Again, in the original context, this is "more." (Too bad he blamed his wife. Nice guy! Why not just blame your mother?)

This phrase was also used in architecture by Louis Sullivan. It became a motto of the Bauhaus school of design in Germany in the 1920s. Hmmm... have you ever seen some of the austere German architecture? Some of it seems to indicate "less is less."

Yes, that scenario is totally ridiculous, but it was written only half tongue-in-cheek because that's the way I feel about telling someone that "less is more." Ridiculous!

And now, let's apply this to music... and to the innovators of our instrument. As I use the drums and the jazz genre as examples, while the jazz world's favorites and acknowledged masters like Buddy Rich, Elvin Jones, Max Roach, Roy Haynes, Tony Williams and Joe Morello could play simply, they are noted for the singular techniques they each had and the tremendous contributions they made to further drumming. Going back even further, the same was true for Big Sid Catlett, Jo Jones, Baby Dodds, and Chick Webb. Did they play "less?" Absolutely not! They stretched the limits, innovated, and took drumming to another dimension.

As I stated, while I've used jazz and jazz oriented drummers as examples, all this applies to every genre of music. We would never have had progressive rock, speed metal, or punk rock if the drummers played less than they did for those music types. Pick any style of music and the story is the same. "Hold on there Beethoven. Don't write a major 7th chord. Hey Wagner, that music is too thick. Hey Igor Stravinsky, that music is too intense and complicated. You can't do that. Don't you guys know that less is more?" Just think about it. Think about what great music we would have lost if they had adhered to the less is more school. We don't need musicians playing less; we need musicians playing more!

On a personal note, one day years ago I was practicing out of the 4-Way Coordination book by Dahlgren and Fine. A very good friend and drummer saw what I was doing and said, "You're never going to be called on to play anything that complicated on a gig." My reply was, "No. But if I can play this, I'll be able to play anything they do give me to play.'

If we're supposed to tell a story when we play, what would you want to be compared to? One of the great novels of our time? Or "See Spot Run?"

The fact of the matter is "less is less" and "more is more." Period! Musicians of all instruments should strive to develop technically and artistically and not leave it in the practice room but bring it to the bandstand. That's the only way we can keep progressing and moving the music and drumming forward.

So much for "less is more" and I am happy to take that extra money from those previously mentioned short paychecks!

Going Forward....Or Is It Backward?

Getting The Hi-Hat Sound

Mat Marucci is an active performer, author, educator, and clinician.