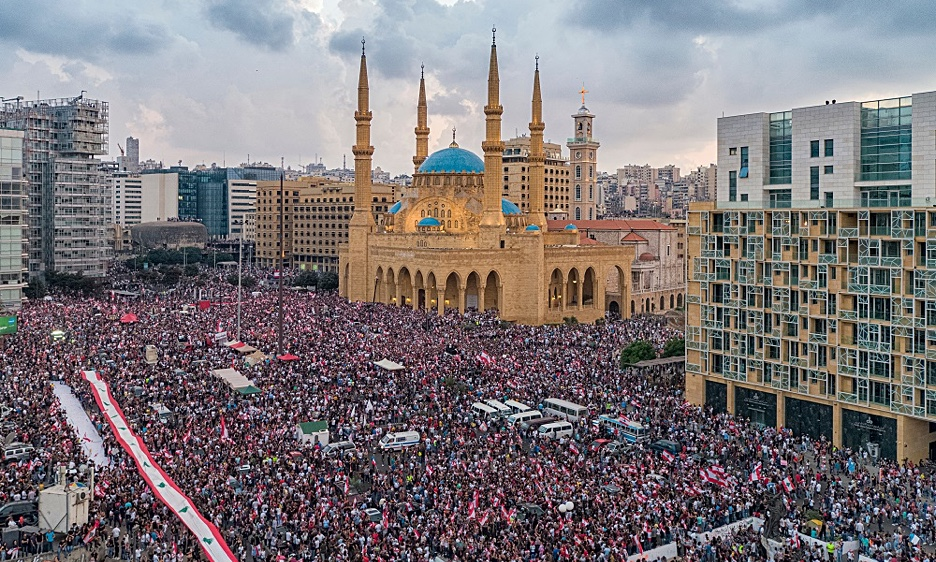 By IAN PATTERSON
December 19, 2019
Sign in to view read count

The socio-cultural change these past ten years that was bubbling under the surface has fed jazz growth in Beirut. It is connected to the freedom and self-expression that is built into jazz. Jazz and the revolution are not two separate things here. —Pim van Harten, jazz pianist, Beirut

When people's anger and frustration spill onto Beirut's streets, music is one of the first things to suffer.

Every few years, it seems, roads are blocked, and crowds swell the downtown area—angry at Syrian intervention or political assassination, enraged by Israeli attack, sick to the teeth of inadequate garbage collection. There's always something to arouse the ire of the Lebanese people.

In such times of unrest, when explosions of violence are always a possibility, gigs inevitably, are cancelled.

Protests come and go in Beirut, but the thousands of protesters that took to the streets on October 17, 2019, provoked by the government's proposal to levy taxes on WhatsApp, are in it for the long haul.

They refer to this date as the first day of the revolution.

Tired of corruption, authoritarianism and failing public utilities, the Lebanese are making their voices heard and are demanding change. This social-media-savvy generation witnessed the Arab Spring of 2011, which, despite its failings, showed that popular movements can topple unpopular regimes.

There is more underlying Lebanon's revolution, however, than at first meets the eye. Talking to Beirut's jazz musicians about jazz and about the revolution, it appears that the two are linked in ways that perhaps wouldn't be obvious to an outsider. To understand jazz in Beirut is to gain an insight into Lebanese society, and into the youth movement driving the socio-political revolution.

Jazz in Beirut is a complex, sometimes contradictory story, one that reflects the divisions in Lebanese society as well as the aspirations of the youth. It's a story of tradition and modernity, of belonging and of tribalism. Its symbolism is multi-faceted. Jazz is played all over the city and yet lacks a dedicated home. And who would have thought that for jazz musicians, Beirut pays better than Paris or London?

Like Beirut itself, the story of jazz here is not easy to pin down.

It's November 22, just over a month after the revolution began. Lebanese Independence Day. Significant numbers of the Lebanese diaspora have flown into Beirut, eager to participate in the nightly mass protests in Martyrs' Square—keen to do their bit.

A smaller crowd, though of symbolic import no doubt, has gathered at Caravanserail—a legendary, cellar-bar venue in Beirut's Hamra district. Beirut's jazz community—or a sizeable portion thereof—is in Caravanserail for the much-anticipated gig of Irish duo David Lyttle and Joseph Leighton, who are in the Lebanese capital for one night only on their short, Middle Eastern tour.

A week before the gig there was doubt as to whether or not it would go ahead, due to the unrest in the city. George Karajian, who opened Caravanserail in 1969, is pumped at the turnout. There's a great atmosphere. People haven't been going out much lately and they're up for a good time. Smoke hangs thick below the low ceiling and the waiter, Ali, is clocking up the miles as he scurries from kitchen to tables with food and drink.

The gig is a good one. "It was pretty amazing," says Lebanese jazz guitarist Jo Aouad, shortly after Lyttle and Leighton's performance. "They have great chemistry." It's not the first jazz gig since the revolution began—Christian Scott aTunde Adjuah's band played in Beirut the night before—but for the audience it feels like a step towards a return to normality, whatever that means here.

Aouad has been playing jazz guitar for six years, having grown up listening to Oriental music and studying classical guitar. There is plenty of demand for good musicians in Beirut, but as Aouad relates, you can never take anything for granted.

"It depends on the political situation of the country. Before the revolution I used to gig three times a week, but now, because of the devaluation of the currency people are really cautious about their financial situation. They're not going out so much. For the first two weeks of the revolution there were actually no gigs," says Aouad, who spent six months in the UK studying jazz guitar and composition in Birmingham City Conservatoire.

"I came back to do some projects here but when people study abroad, they mostly try to stay abroad." That said, there are jazz musicians from many different countries in Beirut, as Aouad explains. "A lot of musicians come here to make a living, because you get paid much more here compared to Paris or London, particularly if you are willing to freelance. The demand exceeds the supply. You see the same musicians gigging everywhere. So, that's actually to our benefit."

Aouad plays in a duo with Japanese flautist Nobuko Miyazaki, who came to Beirut to study Arabic music. "It can be complicated," Miyazaki says. "There are lots of opportunities, yes, but it's a little bit of a desert if you are really avant-garde or into free jazz. We arrange Oriental music and Japanese music and adapt that to improvisation, so it's a kind of world music."

Sitting at a table nearby is Swiss bass guitarist Rudi Felder. He followed his wife to Beirut when she took up a job with a development agency. "I play jazz regularly, three times a week, which would never happen in Switzerland," says Felder. "In Switzerland you can drive two or three hours for a gig paying thirty or forty Euros. Here you can get $100 and in the summer for private parties—there's a big wedding scene—you can get $500. In Switzerland you have to teach."

Venues in Beirut pay jazz musicians good money, but what sort of jazz are they paying for? "It's mainly standards here," says Felder. "There are one or two bands where people play their originals but the people who come to jazz gigs just want to have a good time. You can sometimes catch this energy, but we are mainly entertainers, I would say."

The crowd drifts away, leaving a hardcore gathered around Caravanserail's small, corner bar. A couple of Nicaraguan cigars add to the fug. Karajian picks up an acoustic guitar and breaks into revolutionary Spanish songs, belting out "Hasta Siempre, Comandante"—Carlos Puebla's ode to Che Guevara—for all he's worth. Now seventy-five, Karajian's passion for music still burns fiercely.

When the bar is quiet, Karajian recounts how he left Aleppo, Syria, to come to Beirut in 1963. With guitar in hand he came second in a talent competition and persuaded the owner of a cellar to rent the space to him for use as a venue. Thus, Caravanserail came into being in 1969. He describes his trio, in sombreros, serenading the tables in more carefree times.

Karajian produces yellowed photographs of the bar in its early 1970s heyday. The elegantly dressed men and women all seem to be having a ball. Fairouz, a Lebanese legend, and perhaps the most famous Arabic singer after Umm Kulthum, is in one photo. Farid Al Atrash, the Egyptian oud master appears in another. Caravanserail was a clearly hip place to be.

It was a great period for Lebanese jazz lovers too. Louis Armstrong's All Stars played the UNESCO Theatre in Beirut in 1959. Duke Ellington and his orchestra played the Casino du Liban in 1963—a visit that inspired his composition "Harissa." Ella Fitzgerald graced the internationally famous Baalbeck Festival in 1972. Miles Davis appeared at the same festival the following year, against the stunning backdrop of the Roman Temple of Jupiter. Golden years indeed.

It didn't last. in 1975 Lebanon was plunged into a brutal, fifteen-year civil war. Karajian closed Caravanserail's doors and moved to London, where he opened a restaurant off Regent Street. In a remarkable show of faith Karajian continued to pay the rent on Caravanserail for the next eighteen years as the venue gathered dust. It was 1992 before he could return to Beirut and pick up where he left off.

Though downtown Beirut has been reborn since 1990, plenty of buildings elsewhere in the city still bear the scars of war. The social tensions that have given rise to this revolution are another reminder of the fragility of peace. "We're really trying to avoid a civil war," Aouad had said earlier that evening. "We already had one. We hope for the best."

The next day one of Beirut's top jazz guitarists, Raffi Mandalian, arrives punctually at Le Commodore hotel—once frequented by foreign correspondents during Lebanon's civil war— and we make a beeline for nearby Café Younes. This pavement-coffee shop dates to 1935, and the smell of roasted coffee beans vies with the traffic fumes.

Mandalian came to jazz via the records of Joao Gilberto and Stan Getz. Now aged thirty-seven, he's an in-demand guitarist and leads his own trio. Like everybody else, the revolution has affected his work this past month. "I didn't play. Roads were closed, the clubs were closed or cancelling at the last minute. We live in uncertainty, but you just continue with your life."

The healthy turnout at Caravanserail the night before for Lyttle and Leighton's gig, particularly by Beirut's jazz community, did not surprise Mandalian. "We had to be there. Musicians had to be there. It should be surprising when you don't have people."

For Mandalian, Beirut's jazz scene is fairly small and conservative. "The music is mostly very similar. There are a lot of people who call what they do jazz, but really, the number of actual jazz musicians is small. Clubs try different bands so that they can get different audiences and if you can play a bit of jazz, they will take you. The problem is to get regular gigs and a lot of venues do minimal advertising."

Mandalian confirms Rudi Felder's view that jazz musicians are seen as entertainers by most people in Beirut.

"Some places like good restaurants already have their customers, but in a club where they don't serve food people will only come for music, and for that you should have Arabic music or something really commercial. With jazz it is difficult. There is no place where people just go and listen to jazz."

That doesn't mean, however, that there aren't jazz musicians who are willing to follow their own path, as Mandalian confirms. "I play with [double bassist/singer] Donna Khalife. She's into a lot of different things and that has helped to push me into a different way of thinking, to be more open."

Khalife's name crops up that time and again in conversation with jazz musicians in Beirut, all of whom hail her originality and daring. Her debut album, Heavy Dance (Self-Produced, 2017) was certainly proof of that.

In spite of the unrest embroiling the city, Khalife went ahead with the launch of her second album, Hope Is The Thing With Feathers (2019), in Beirut's Metro Al Madina on November 18—an act that was in itself a statement of hope and resilience.

"Donna's maybe the only one in Lebanon who can scat, and she plays her own compositions," says Mandalian. "There are structures, but the progressions are unusual and rhythmically she's into odd metres. The improvisations are very open—there are places to go." 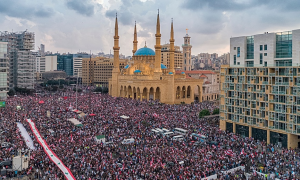 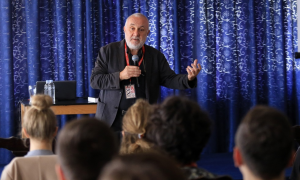 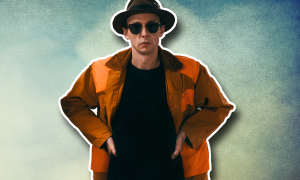 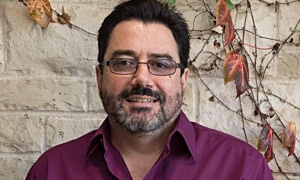 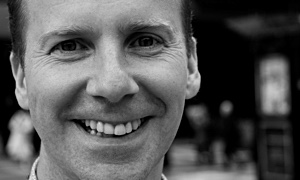 Tony Whyton: What Does Jazz Do For You?