Described by Rolling Stone magazine as "one of the best, robust listening experiences you're likely to have all year" and by the Independent as "the best in jazz coming out of Ireland today", MOBO Award-nominated David Lyttle shifts seamlessly between the personas of jazz drummer, recording artist, composer/songwriter, producer and record label owner. Starting out as a child performer at the age of four with his family band, he first reached a national audience as a jazz performer in the band of legendary guitarist Louis Stewart, before going on to perform around the world and develop associations with jazz icons Joe Lovano, Jason Rebello and Jean Toussaint, and hip hop visionaries Talib Kweli and Soweto Kinch 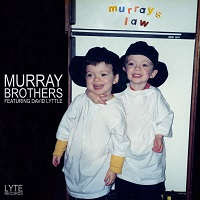 Label: Lyte Records
Released: 2021
Track listing: On The Cusp; Moscow; Solitude; I Want To Believe; Little Steps; Right Side Of Up; Clarity.

David Lyttle & Joseph Leighton Caravanserail jny:Beirut, Lebanon November 22, 2019 It's a long way from Keady Clachan to Beirut. The last time the Irish duo of David Lyttle and Joseph Leighton came onto All About Jazz's radar it was in a stone and timber farm outhouse in the hills ...

Galway Jazz Festival 2019 Various venues Galway, Ireland October 2-6, 2019 Bat song may be a first at a jazz festival, but then they do things differently here in Galway. Bats were in and plastic was out. No plastic laminates or cable ties, no plastic on outdoor advertising, no ...