Born and raised in Beirut, Tarek is an American-Lebanese New York based self-taught jazz pianist who has been dedicated to exploring relationships between African-American Jazz and Arabic rhythms/maqams which are most evident in his second album "Lisan Al Tarab: Jazz Conceptions in Classical Arabic", and in his newly released “Peninsular” which fuses jazz with the rhythms of the Arabian Peninsula. Winner of the prestigious Thelonious Monk Jazz Composers Competition, Tarek has been fortunate to share the stage with luminaries such as Wayne Shorter, Richard Bona, Zakir Hussein, Esperanza Spalding, and Antonio Sanchez during the inaugural and the sixth editions of the International Jazz Day, at the UN Assembly Hall in New York and the Teatro de la Habana, Cuba, respectively. 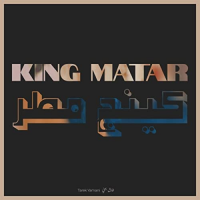 Tarek Yamani—a pianist who appears to have made it his life's work to figure out just how far Arabic musical traditions can be thrust into the American jazz idiom—has unleashed perhaps his most audacious project yet. Typically an acoustic player most often fronting a trio, Yamani makes a brave about face with “King Matar," a quarter-tonal ...

When people's anger and frustration spill onto Beirut's streets, music is one of the first things to suffer. Every few years, it seems, roads are blocked, and crowds swell the downtown area--angry at Syrian intervention or political assassination, enraged by Israeli attack, sick to the teeth of inadequate garbage collection. There's always something to ...

John Beasley: Master of All Trades

In today's busy world, sometimes you just can't do it all. Apparently, John Beasley never received that memo. The pianist, composer, arranger, producer, music director, and film and TV composer is in high demand, and has an enormity of projects that would seem to belie the twenty-four hour day reality. It is perhaps the variance in ...

About Tarek Yamani Born and raised in Beirut, Tarek is an American-Lebanese New York based self-taught jazz pianist who has been dedicated to exploring relationships between African-American Jazz and Arabic rhythms/maqams which are most evident in his second album Lisan Al Tarab: Jazz Conceptions in Classical Arabic, and in his newly released Peninsular which ... 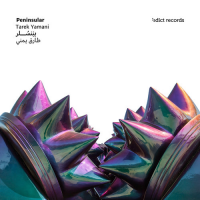 On his third release Peninsular, pianist and composer Tarek Yamani continues to explore the amalgamation of Arabic music and American jazz. His work is more than a simple juxtaposition of disparate styles as it is built upon shared elements in both genres. On the current album, commissioned for the Abou Dhabi festival, Yamani's focus is folk ... 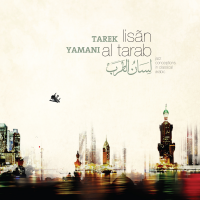