By Jerome Wilson
December 22, 2020
Sign in to view read count
2020 was a wretched year in many respects. In the jazz world alone, a number of musicians succumbed to COVID-19 and live performance almost became non-existent. Despite all that there were still a lot of stimulating and excellent recordings released in the past year. Here is a list of my personal best. Some reflected the issues and times while others just excelled through their passion and imagination. Then there was that certain drummer who just wanted to give everybody a hug.

Maria Schneider turned her long-standing apprehension about technological domination into a stunning orchestral masterwork. half of it mused on the threats of the digital world and half of it celebrated the joys of nature. There was a new sense of awestruck dread and majesty in her writing and her orchestra has never sounded better.

A compelling 45-minute unbroken tapestry of strings, voices, trumpets and keyboards that methodically rises from whispers to a determined mass shout. The use of Peggy Seeger's anti-rape song, "Reclaim The Night," as a vocal text, gives the work a grim, real-world power.

Trumpeter Jason Palmer turns his thoughts about twelve stolen artworks into a lively celebration of art itself. The suite is performed live by an inspired quintet that benefits greatly from Joel Ross' vibes infectiously bouncing between the horns and rhythm section.

Denise Mangiardi is a classical composer and jazz singer who utilizes both talents into this beguiling set of orchestral music and torch singing, which reaches its apex on a gorgeous string-laden version of Thelonious Monk's "Ugly Beauty," here retitled "My Beauty."

Mary Halvorson's song-based band, Code Girl is more focused and adventurous on its second outing. Their swirling brand of art rock, boasting elaborate word play and intricate melodies, is further enhanced on a few songs by the voice of the legendary Robert Wyatt. 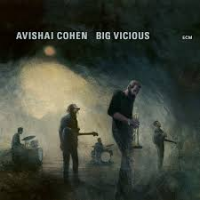 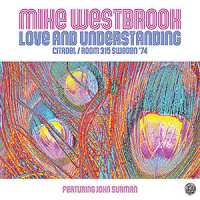 Mike Westbrook
Love And Understanding
My Only Desire

In 1975 composer Mike Westbrook released a major jazz-rock work performed by his usual British orchestra, "Citadel / Room 315." A year earlier, he, along with his main soloist, baritone and soprano saxophonist John Surman, went to Sweden and recorded a version of the piece with the Swedish Radio Jazz Group. This is that earlier version and it is excellent. The young Swedish players attack the music with energy and Surman is on fire

Bassist Omer Avital and his band of fellow Israeli expatriates infuse serpentine Middle Eastern melodies with a full-on New York swagger and come up with a fine album of energetic mainstream jazz.

Saxophonist Lakecia Benjamin pays homage to both John and Alice Coltrane with this tribute that involves several generations of musicians. The Coltranes' music is taken to the realms of hip-hop and smooth jazz as well as conveyed with some of the composers' devotional intensity. The assembled guests include Jazzmeia Horn, Gary Bartz, Brandee Younger, Georgia Anne Muldrow, Reggie Workman and Abiodun Oyewole of the Last Poets.

The raffish humor of drummer Matt Wilson was the perfect tonic for 2020's moments of despair. His current quartet with Jeff Lederer, Kirk Knuffke and Chris Lightcap stomp and finesse their way here through a mix of suprising covers and originals, They include a sprightly turn on Abdullah Ibrahim's "Jabulani," a finger-snapping cruise through Roger Miller's "King Of The Road" and Wilson's chirpy title track. Only Wilson would think of writing a march for Donald Trump's Space Force project (Remember That?) and merging it with Sun Ra's "Interplanetary Music."