Hi-De-Ho: The Life Of Cab Calloway

By David Rickert
February 3, 2011
Sign in to view read count 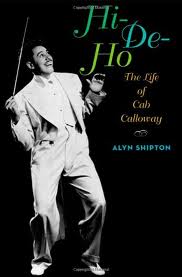 Hi-De-Ho: The Life of Cab Calloway

During the swing revival of the 1990s it was singer and bandleader Cab Calloway, and not Benny Goodman or Duke Ellington or Glenn Miller, who provided the biggest influence—with the snazzy suits, hep language, and singer and band call and response that made Calloway famous. It was as if all you needed to do to form a swing band was listen to "Minnie the Moocher" and adopt a particular cool stance and you were all set. Ellington and Goodman may have had more of a lasting influence on popular music overall—they introduced more standards and originals while Calloway never really did—but Calloway's hyper, exuberant style was perfect for a generation of kids raised on rap and television.

And just as the swing revival (and all of the bands that popped up) was just a passing craze, Calloway is still largely an unknown figure to most of the public. In