By Friedrich Kunzmann
December 10, 2020
Sign in to view read count
Coronavirus, lockdown, election recount, fake news, inspector Javert, Hans Gruber and Lord Voldemort. So, now that most of the uncomfortable topics are dealt with, let's get to the joyful part of 2020, namely the music. As is increasingly the case during the course of the 21st century, the year was filled to the brim with it. Wonderful new sounds, tones and voices presented themselves, wrapped in rich and thoughtful productions to satisfy mind, eyes and ears. In an attempt to recapitulate the standout jazz performances among many great ones, the following list presents those highlights, that left a lasting impression on these ears and unveiled unique characters. The honorable mentions are a prolongation of the same list, while the bulk of new music of course takes place within boundaries that reach far beyond the jazz categorization. The bottom part of this article is dedicated to those releases.

No other album this year reached the timeless and effortless quality that encapsulates Oded Tzur's debut date for ECM. Subtle melodic interplay and patient interaction are the driving forces behind a band that is deeply and completely in sync. Nitai Hershkovits gives an exceptional performance on piano, interacting with Jonathan Blake's understated drum embellishments and Petros Klampanis' delicate bass counterpoint in a minimal yet holistic way, while the leader only offers the bear minimum of speech necessary for conveying highly emotional and intimate melodic messages. Tzur's compositions speak a universal language that transcends genres and cultures while the saxophonist's tone reveals utterly unique qualities— enveloped by its own warm wistfulness. Blissful and celebratory contemplation, capable of conjuring a spiritual twilight that appears metaphorically reflected on the record's cover.

In direct opposition to its title, British combo Dinosaur's newest effort has an alien whimsicalness to it that seems to be in a flight of earthly matters. Each highly successful and skilled solo artists in their own right, the British star couple of trumpeter Laura Jurd and pianist Elliot Galvin might just be served best as a package-deal. At least according to this date's fabulous outcome. Intriguing melodic tapestries with a unique spirit are dominant and framed by detailed sonic properties to a modal backdrop that calls Miles Davis' late '50s sound to mind. Little flourishes added on synthesizers are carefully interjected into the ensemble sound, respecting its acoustic intimacy while modernizing its appeal. Weird, comical, serious, unpretentious, and extremely virtuoso all at once, To The Earth is simply a grand adventure.

At this point in his career, there's little left to add to the canon of praise that's been spilled in regard to Wolfgang Muthspiel's singular style and unparalleled compositional design. The Austrian guitarist follows up his critically acclaimed quintet outings Rising Grace (ECM, 2016) and Where The River Goes (ECM, 2018) with another stellar date that sees him stripping things back down to a core trio on Angular Blues. His classical guitar has rarely sounded this pristine and the already undeniable chemistry between him and Brian Blade is augmented by Scott Colley's firm bass counterpoint. Unsurprisingly treated to an outstanding translucid sonic design by ECM's Manfred Eicher, the half-acoustic half-electric guitar-led set keeps the bar set at Muthspiel's already remarkably high level.

A late surprise in 2020, the Berlin-based project around Swiss singer Lucia Cadotsch unveils a special gem with this sophomore effort. From Randy Newman to Kurt Weill, Tony Williams to Duke Ellington, the modernist trio ventures beyond known boarders and delivers an engaging recount of some famous and some rather obscure numbers composed by songwriting legends of the last century. The trio's drum-less constitution reveals a chamber music quality that lets each musician shine in an especially intimate light, that isn't to be mistaken for a dim sound. Delightfully eerie.

Reconvening with his old mates from his time at Berklee College of Music and the former Thelonious Monk Institute, Benin guitarist Lionel Loueke is back where he sounds best: mixing tight African grooves with western pop idioms and jazz vocabulary that dares to defy every convention. Bassist Massimo Biolcati and drummer Ferenc Nemeth have always been the perfect fit for Loueke and continue to complement his, at times ferocious and in other instances soulfully expressive playing, on their third endeavor as Gilfema, with skill, confidence and joy.

In a way taking the words right out of our mouths, the title of Django Bates' ambitious new big band endeavor featuring the Béloved trio just might be the most fitting term to describe the British pianist's indefatigable stream of energy and inspiration. Tenaciously drawing on past jazz paradigms, Bates introduces in turns modernist whims and technical dexterity to Charlie Parker charts and a couple of original compositions while layering tight big band arrangements around and on top of intimate trio spheres. In a wild and unpredictable discography, Tenacity is neither a surprise nor an expected album, but another essential addition.

Unconventional instrumentation, versatile composing and state of the art performances are at the center and forefront of the Norwegian trombonist's slightly different sextet recording. Accompanied by fellow ECM recording artist Jacob Young on guitar and colorfully augmented by viola lines around the edges that call the likes of Mark Feldman to mind, Oyvind Braekke has created a very strong album that's probably yet unfortunately condemned to being overlooked in today's saturated label topographies. Here's hoping these haunting melodies and inherently musical interactions get the attention they deserve, anyways.

After a long run of dates for the Criss Cross label, New York-based alto saxophonist Will Vinson celebrated his debut for Whirlwind Recordings with this piano-driven tour de force. Between a handful of standards and a couple of original sheets, Vinson and an alternating cast of pianists from Sullivan Fortner to Gonzalo Rubalcaba shift trough duo and quartet stints in a mean fashion. A wonderful collection of collaborations covered in detail in this extensive All About Jazz feature from the start of the year.

The subtle qualities of Steve Cardenas' newest outing are easily overlooked. The New York fixture has never been a flashy guitarist and his compositions don't belong to the most protruding side of the spectrum, but there's no question his capabilities—instrumental and compositional in equal parts—are of an especially elegant kind. Supported by a celebrity cast in Brian Blade, John Cowherd and Ben Allison, Cardenas offers a balanced set of blues-tinged jazz that alludes to the art of post-bop rather than being drenched in it. A humble recording filled with grand gestures.

Nick Finzer
Cast Of Characters
Outside In Music

Another pick from the more or less pandemic-free first quarter of 2020, Nick Finzer's Cast Of Characters ticks all the boxes when it comes to tight arranging and a modernized jazz sound. Leading with melodic and sonic clarity, the trombonist paints colorful portraits of his musical influences by opening up sextet arrangements to grooves and sounds borrowed from different forms of contemporary popular music. Make no mistake —this music is drenched in post-bop and hard bop attire and most importantly, it swings. Boy does it swing! 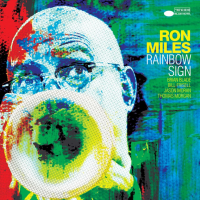 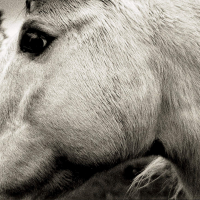