FERENC NEMETH is an accomplished and versatile musician who continues to push the boundaries of jazz drumming and composition. Nemeth has since the early days of his career, been one of the most sought after drummers both, in his native Hungary as well as in the United States. Coming from a musical family, his unique dynamism and versatility was fostered from a very early age. An exciting performer and imaginative collaborator, Nemeth is well regarded for his work with the Lionel Loueke Trio and GilFeMa and has also travelled, performed and collaborated extensively as a bandleader, co-leader, sideman and educator as well as initiating creative projects of his own.

Many of his collaborations have become long-standing partnerships spanning over a decade. 2003 was also the start of Nemeth’s involvement with GilFeMa, a trio also featuring Lionel Loueke and Massimo Biolcati. The trio, who had been playing together since the Berklee days continued their creative efforts in this format with all three contributing compositions to the 2004 album, eponymously titled, GilFeMa (ObliqSound). Notwithstanding, college fraternity and friendship, Nemeth’s natural great range coupled with his dynamism, complexity and improvisation makes him a perfect partner in the Loueke-Biolcati-Nemeth cooperative. His contribution here as well as with other collaborations is evidence of his great versatility, which informs a unique musical personality. His expertise and vast knowledge beyond traditional jazz, has also seen him move effortlessly through contemporary jazz as well as pop, rock, electro-pop, hip hop and increasingly into ethnic and culturally diverse disciplines.

Beyond the extensive repertoire of performance and recording, Nemeth has also established his own label, Dreamer’s Collective Records and in 2007, released his debut album of original compositions, “Night Songs” to much accolade and features such luminaries as John Patitucci, Chris Cheek, Mark Turner, Lionel Loueke and Aaron Parks. Displaying sophistication and self-assurance, the recording has established Nemeth as a composer and arranger in his own right. A second project for the label “Triumph” was released in the autumn of 2012, sees Joshua Redman, Kenny Werner, Lionel Loueke as contributors, as well as a small wind orchestra. For over 10 weeks the album was among the Top 15 on the CMJ Jazz Charts. Both of his albums were finalist at the Independent Music Awards in 2008 and 2012, respectively. “Imaginary Realm”, the third album for the label was released in 2013 and it features a duo with Javier Vercher, one of Nemeth’s long time friend/bandmate. The fourth album of the label was released on the fall of 2014 and it’s a collaboration with Hungarian legend, guitarist, Attila Laszlo and features two Grammy winning musicians, Jimmy Haslip and Russell Ferrante, besides two incredible vocalists, the Hungarian Charlie Horvath and the Spanish Lara Bello.

An ever-present thirst for exploration and experimentation has seen Nemeth travel widely and play with musicians from a variety of backgrounds and countries. This occupation in turn, has also resulted in Nemeth’s regular participation in workshops and teaching programs in the United States and internationally, the most recent being stints at the University of Siena, the Swarnabhoomi Academy of Music in India, the Kodolanyi University in Hungary, the Bartok Conservatory in Hungary, the Asheville Percussion Festival in North Carolina and the Wheeler School in Providence.

In addition, in 2011, Ferenc has launched an app at the Mac AppStore called “Drum School,” that is an educational tool, including over 400 drum grooves and hand exercises. This app is a rhythm library, an instructional DVD and a method book, all in one.

AMAZON EDITORIAL REVIEW – “On "Triumph" Ferenc Nemeth has created a journey for the ages. An epic work!”

DAN MCCLENAGHAN of ALL ABOUT JAZZ – “Triumph's approach is similar to pianist Brad Mehldau's Highway Rider (Nonesuch, 2010)—a thematic set shaped like a symphony, with each piece leading into the next, interlocked and sectioned by interludes.”

TERRELL KENT HOLMES of ALL ABOUT JAZZ – “The sophistication and self-assurance of his (Ferenc's) composing and arranging have the earmarks of a seasoned veteran.”

NATE CHINEN of NEW YORK TIMES – “Ferenc Nemeth is a nimble Hungarian drummer with a feel for African rhythm.”

AMAZON EDITORIAL REVIEW – “On "Triumph" Ferenc Nemeth has created a journey for the ages. An epic work!”

DAN MCCLENAGHAN of ALL ABOUT JAZZ – “Triumph's approach is similar to pianist Brad Mehldau's Highway Rider (Nonesuch, 2010)—a thematic set shaped like a symphony, with each piece leading into the next, interlocked and sectioned by interludes.”

TERRELL KENT HOLMES of ALL ABOUT JAZZ – “The sophistication and self-assurance of his (Ferenc's) composing and arranging have the earmarks of a seasoned veteran.”

MARK F. TURNER of ALL ABOUT JAZZ – “Ferenc Nemeth represents the new breed of post-Art Blakey jazz drummers, ushering in their own bravado and confident leadership.”

HRAYR ATTARIAN of ALL ABOUT JAZZ - “Nemeth exhibits a rare combination of exhilarating élan and harmonic creativity, often in the same tune.” “"Interlude III" finds Nemeth exploring the full melodic potential of his drum set, channeling an inner Max Roach.” “With Triumph, Nemeth makes a bold and exquisite statement that showcases his sublime talents as a composer, improviser, drummer and bandleader—a statement that will surely stand the test of time.” 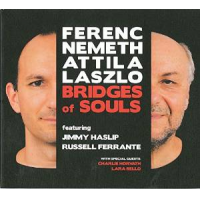 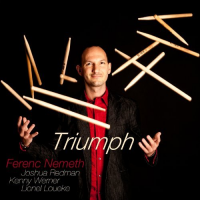 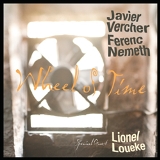 From: Triumph
By Ferenc Nemeth 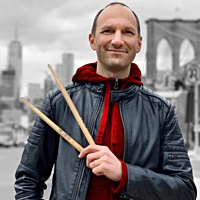 All About Jazz musician pages are maintained by musicians, publicists and trusted members like you. Interested? Tell us why you would like to improve the Ferenc Nemeth musician page.