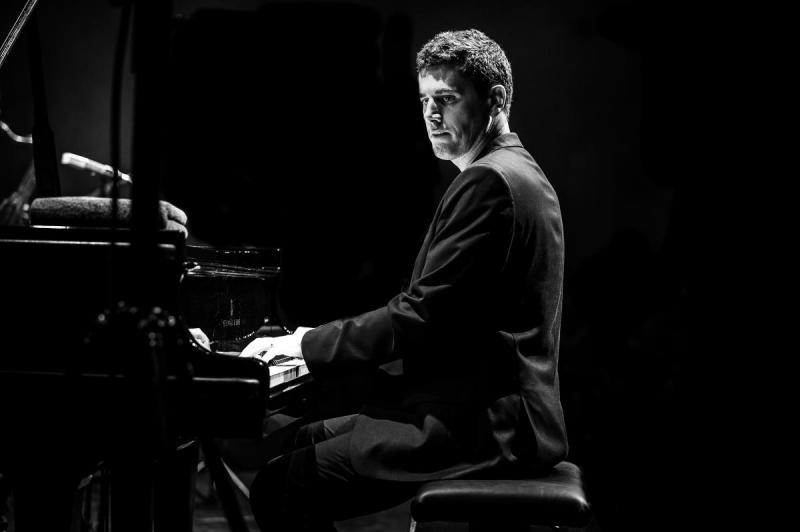 By Paolo Peviani
November 8, 2016
Sign in to view read count
Frank Woeste is a German pianist living in Paris.

He graduated from the Paris Conservatory in 2001, and was awarded 1st or 2nd prize at several international contests such as the Steinway Prize at the Montreux International Piano Competition (Switzerland), the Jazz Hoeilaart International Competition (Belgium) and the Gexto European Jazzcontest (Spain).

In 2016, the Dave Douglas and Frank Woeste Quartet (with Matt Brewer and Clarence Penn) released the album Dada People on Greenleaf Music.

The most distinctive characteristic of my music.
When composing, I always look for a strong melody, a rhythmic figure or harmonic sequence that will anchor a song and make it recognizable. The same is true when I improvise—tell a story!

The quality I most admire in the musicians that play with me.
Ears! In any kind of music, and especially in jazz, interplay, playing together, is very important. Technique is also very important but if musicians on stage are not listening to each other the music is usually terrible.

As a musician, my happiest moment...
When you stop thinking about everything else around you and the music just kind of plays itself.

As a musician, my biggest defect.
Too many to list them all!

When I play music, my biggest fear.
To have fear.

I dream of playing...
Like in a dream! A lot of times we are distracted by all sorts of things like noise from the audience, a bad instrument that night, worrying about whether the audience is liking the concert, etc.  It's usually best to stop thinking and just play!

My source of inspiration...
Usually the musicians I share the stage with and the piano I am playing that night! But, of course, the history of music and jazz is full of musicians that are of great inspiration to me.

My favorite musicians...
Those who found their own voice, those who pushed the limit a bit further or added something to the style of music they were playing. That would be J.S. Bach and Beethoven, Charlie Parker and Miles Davis, Keith Jarrett, in terms of piano, and more recently, I like Brad Mehldau. There's too many to name them all!

My CDs for the desert island...
I 'd have to hope to get there with a big suitcase—so many great albums! The song I sing while taking a shower.
Honestly I don't know, musicians kind of sing all day anyway! According to Spotify most people sing "Wake Me Up Before You Go Go"! Well I guess I'm not with most people on that one!

My favorite painters...
I'm not an expert, so it's pretty subjective but I like Leonardo da Vinci, Hyeronimous Bosch, Pablo Picasso, Juan Miro to name a few.

My favorite occupation...
Playing music and spending time with my family! Not much time for anything else!

The talent I would most like to have...
That would be being a film director, making movies!

In music, the thing I hate the most...
People not listening.

The musical faults I feel most indulgent about
Lack of technique.

The piece I would like to be played at my funeral.
Mozart's Requiem.

The current state of my music.
In progress!