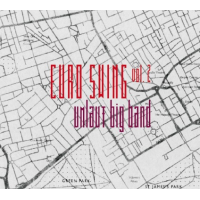 In Elvis Costello's autobiography, Unfaithful Music & Disappearing Ink (2015), he writes about his mother working in a music shop in the 1940s in Britain, and how she somehow became an expert in acquiring American jazz records from musicians and other international travelers. Certainly, she learned her craft from other music sellers and fans, maybe a better word would be fanatics. That American invention spread through Western Europe (and Eastern) like a virus. The music of Duke Ellington, Fats Waller, and Louis Armstrong became synonymous with all that was hip. Records, sheet music and, finally, tours by ensembles led by  Paul Whiteman, Sidney Bechet, Ellington and Armstrong, kicked the door wide open. Much later (post WWII), there would be an exodus of African-American musicians, Dexter Gordon, Bud Powell, and Ben Webster among them, that would create an expatriate jazz scene in Europe. They did, however, have trailblazers, like Benny Carter to show them the way.

Needless to say, jazz became a thriving art form in Europe with its own big bands and orchestras. For instance, there is a marvelous reissue series Jazz In Italy from Riviera Jazz Records that remasters Italian jazz from the 1930, 40s and 50s. Like much of the original music of the 1920s through 1950s, the recording quality leaves much to your imagination. Just listening to Ellington or Armstrong's 78s from the 1930s makes most modern fans either nostalgic or wanting.

Never fear. The Umlaut Big Band rejuvenates the music of the swing era with its 14-piece ensemble. Like Chicago's The Fat Babies, who specialize in 1920s and 30s Dixieland, the UBB recreates an era without irony or satire.

On their first recording