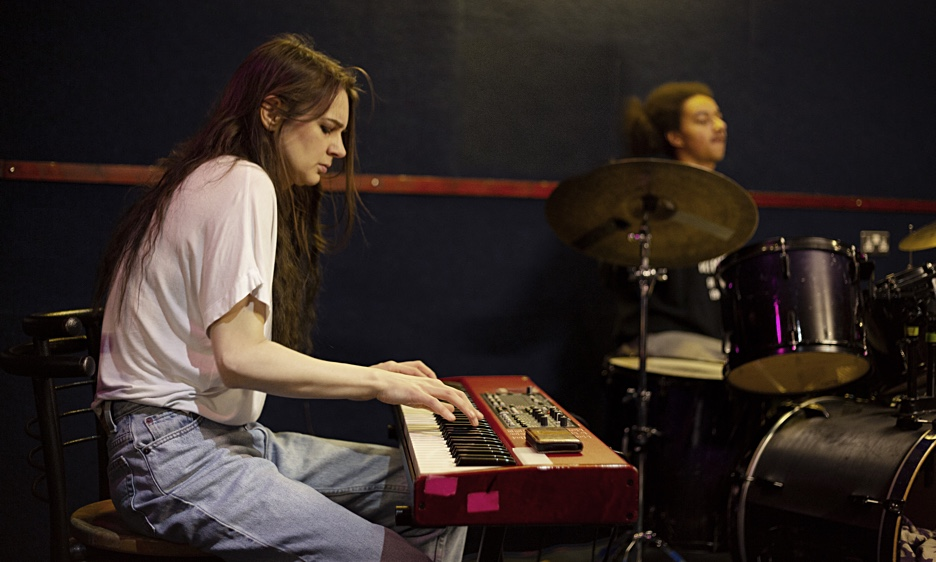 Jazz and Cuban music intersections go back to the 1910s and pianist Jelly Roll Morton's embrace of what he called "the Spanish tinge." Things really got moving in the 1940s, when Dizzy Gillespie toured and recorded with conga player Chano Pozo, and Charlie Parker recorded with Machito's rumba band. Since then, jazz and Cuban music have been an item.

The latest intersection, Electronic Explorations in Afro-Cuban and UK Jazz, at the Guildhall School of Music & Drama's Milton Court, was produced by the Guildhall's next-door-neighbour and partner, the Barbican Centre. It grew out of a concert hosted by the Barbican in 2017 showcasing musicians from the Manana Festival in Santiago de Cuba. The Milton Court event was, in several senses, a game of two halves....

The first, underwhelming half of the evening featured Manchester duo, electronicists Space Afrika with percussionist Hammadi Valdes. Space Afrika's soundscape was lush and intricate but uneventful. Valdes' input was marginal. The set's near half-hour duration passed slowly. It was as visually monotonous as it was sonically so. Space Afrika sat gnomically behind a pair of laptops. Valdes was surrounded by an impressive array of drums but used them only intermittently. Unless you have a lightshow the size of The Orb's, and Space Afrika has none at all, electronica is not a spectator sport.

The second, lengthier half of the programme was, by contrast, a total, 100%, deep strata, Good Housekeeping Seal of Approval, stonking triumph. It featured a six-piece band: Londoners Sarah Tandy (acoustic piano and Nord Electro 5), Kevin Haynes (alto saxophone and percussion), Yussef Dayes (kit drums) and Seiji (electronics), who were partnered up with Cuba's Feliciano Arango (six-string bass guitar and stand-up electric bass) and Adel Gomez (congas). The sextet had spent the previous week rehearsing in Cuba. And you could tell. They were tight. Compared to the first part of the programme, electronics played a relatively minor and musicianly role. Seiji's interventions added something. The whole band shone. But the brightest star was Tandy, whose peerless combination of raw funk and spacey harmonic invention is making her the most exciting keyboardist on the London jazz scene.

In an interview with this writer for Jocks&Nerds magazine earlier this year, Tandy mentioned that the first jazz album she could recall hearing, when she was still a child, was Erroll Garner's Concert By The Sea (Columbia, 1955). Tandy's piano-teacher mum would play it when she was baking and Tandy would dance around the kitchen in delight because, she said, the performance was so "vibey." Tandy's style is different from Garner's, but it is every bit as vibey and uplifting. Tandy is special, something underlined by the intensity of applause which followed each of her solos at Milton Court.

We will finish where it all (almost) started, with Dizzy Gillespie. Haynes' delivery of the topline of the sextet's third tune, "La India," carried distinct echoes of Gillespie's "A Night In Tunisia." It may have been coincidence, it may have been considered. It might even have been imagined. Whatever. It was appropriate.