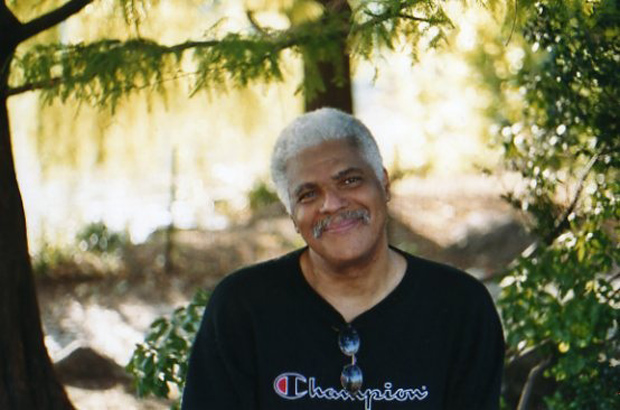 By Melanie Futorian
April 12, 2012
Sign in to view read count
[Editor's Note: Cymbalism is an All About Jazz column featuring excerpts from an upcoming autobiography on the late, great percussionist Don Alias, co-written by Melanie Futorian, his companion for the last seven years of his life. This installment covers Alias' collaboration with singer/songwriter Joni Mitchell]

Joni and I were living together working on our romance. She was a prolific genius; a woman who wrote about what happened in her life. I had introduced her to my musical world with all the congueros and Afro-Cuban musicians. She had a special depth that absorbed different cultures so I decided to introduce her to everyone.

One afternoon Joni got a call from [bassist] Charles Mingus, who originally wanted her to recite T.S. Elliot over his music. Joni had gotten into jazz when she started working with drummer Johnny [John] Guerin and, since she was so open musically, it came naturally to her. I must admit that when she got the call from Charlie she didn't know if he was interested in her famous name just to sell records or her work.

As soon as Joni hung up we got our excited asses in gear, jumped into a taxi and headed for Charlie's apartment. Sue Mingus answered the door and introduced us to Charlie. He was in the last throes of Lou Gehrig's Disease, in a wheelchair and was finding it increasingly difficult to swallow and talk. Still he managed to tell us of some wonderful episodes in his life. I remember Charlie showing us one of his old basses and all I could do was envision him playing his ass off with Charlie Parker. Charlie and Joni talked about poetry and it was decided that evening that Joni would write lyrics to his music. Man, what an honor!

Writing those lyrics set off a creative process in Joni that was like a hurricane. Joni was a musical storyteller and Charlie was an improvising be bop player with a wry, sardonic sense of humor that you could literally hear in his music. In this project it would be the perfect marriage of folk and jazz.

We set up shop in the studio where Charlie began to tell us intriguing stories about his music. He told us that Lester Young, in his pork pie hat, had inspired the "Pork Pie Hat" tune. A pork pie hat was a jazz hat with a flat top and wide brim, and Lester Young wore one, which became his trademark. 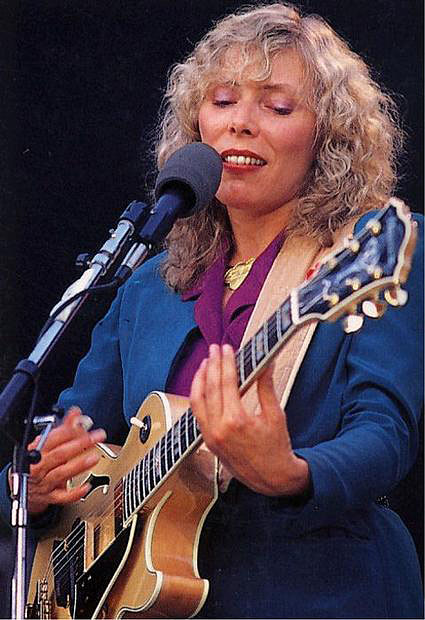 One afternoon, Mingus told us the story about Lester Young's parents, who were hoofers, as well a biracial couple. When they used to travel around the Chitlin' Circuit down South they were confronted by a great deal of racism. That night, Joni and I decided to hit the town. We took the train and got off around 50th Street on the West Side. A few blocks from the subway we saw an awning jutting over a bar that said "The Pork Pie Hat Bar." I looked at Joni and she looked at me. It was like magic.

We went into "The Pork Pie Hat Bar," the kind of place with a whole bunch of guys flamboyantly dressed like pimps playing backgammon. At the bar we ordered a drink just trying to soak it all in. Someone had selected a tune by Miles Davis on the jukebox. I think it was "In Your Own Sweet Way," and a guy started tap dancing in front of the jukebox. We stood there for a while and I could just see those wheels churning in Joni's eyes. The tap dancer reminded her of the Chitlin' Circuit story Charlie Mingus had just told us about.

When we decided to split, there was a crowd that had gathered outside. In the middle were two little Black boys on the sidewalk; damn cute, and guess what they were doing? They were tap dancing and people were throwing money to them. We looked down the street and there was a restaurant or maybe it was a grocery store called "Charlie's Place."

When you listen to Joni's lyrics on that tune, you'll hear the story of Lester Young's parents. I'm telling you, it was magic man. Now the other kind of magic had to take place. We had to get the right rhythm section that would blend together to satisfy both Charlie and Joni. [Bassist] Stanley Clarke came down to audition and we even had a session with [drummer] Tony Williams and [guitarist] John McLaughlin.

I always tried to stay in the background, but one time they invited [baritone saxophonist] Gerry Mulligan to do some of the pre-session work and I knew could swing. I at least wanted to let Charlie Mingus know that and if he needed a real drummer, I could hook him up. What a thrill it was to sit in front of him and swing. Some of what we played became a prelude on the record. 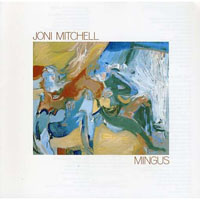 Joni recorded with contemporary jazz musicians like [bassist] Jaco Pastorius, [saxophonist] Wayne Shorter and [pianist] Herbie Hancock, who was also a great friend of hers. At first there was something about Jaco's playing that Charlie just didn't like. Maybe he wanted an upright bass, maybe he wasn't too keen on Fender bass, but hey, we all knew that Jaco could handle the situation.

Not long afterwards, Mingus died at age 56, before the project was finished. The family went to Mexico to scatter his ashes by the ocean. Supposedly there on the sand were 56 beached whales.

When Charlie speaks of Lester
You know someone great has gone
The sweetest swinging music man
Had a Porkie Pig hat on
A bright star
In a dark age
When the bandstands had a thousand ways
Of refusing a black man admission
Black musician
In those days they put him in an
Underdog position
Cellars and chittlins'
When Lester took him a wife
Arm and arm went black and white
And some saw red
And drove them from their hotel bed
Love is never easy
It's short of the hope we have for happiness
Bright and sweet
Love is never easy street!
Now we are black and white
Embracing out in the lunatic New York night
It's very unlikely we'll be driven out of town
Or be hung in a tree
That's unlikely!
Tonight these crowds
Are happy and loud
Children are up dancing in the streets
In the sticky middle of the night
Summer serenade
Of taxi horns and fun arcades
Where right or wrong
Under neon
Every feeling goes on!
For you and me
The sidewalk is a history book
And a circus
Dangerous clowns
Balancing dreadful and wonderful perceptions
They have been handed
Day by day
Generations on down
We came up from the subway
On the music midnight makes
To Charlie's bass and Lester's saxophone
In taxi horns and brakes
Now Charlie's down in Mexico
With the healers
So the sidewalk leads us with music
To two little dancers
Dancing outside a black bar
There's a sign up on the awning
It says "Pork Pie Hat Bar"
And there's black babies dancing...
Tonight! 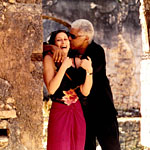