Maximize your visibility at All About Jazz by upgrading your musician page from standard to premium. With it, you'll receive All About Jazz home page exposure, a highly stylized / ad-free musician page with bonus features and benefits, an ad, plus you control where you sell your music and so much more.
Learn More
85

Catching Up With Lewis Porter 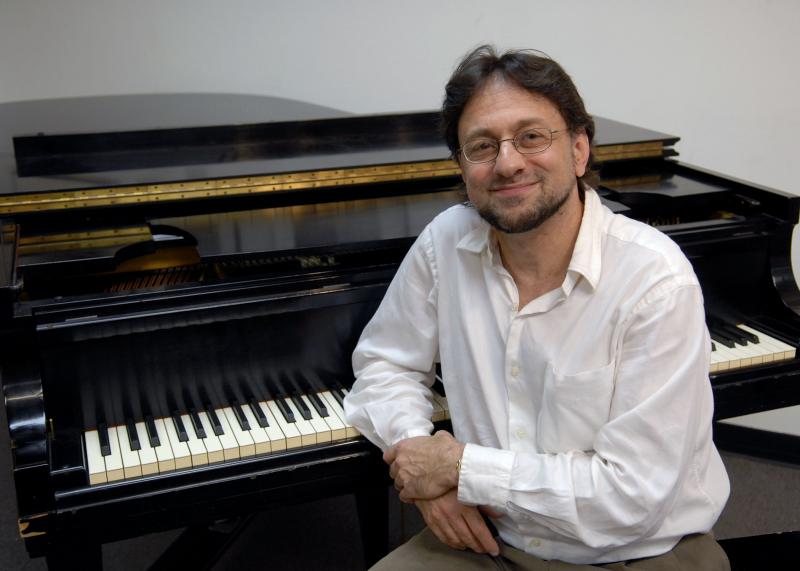 BY JEFFERY S. MCMILLAN
April 11, 2012
Sign in to view read count
On April 19, 2012, at 8:00 p.m. in Paine Hall on the Harvard University campus, jazz pianist, composer, educator, and author, Lewis Porter's Concerto for Saxophone will receive its world premiere with jazz icon Dave Liebman as the soloist:

Dr. Porter was kind enough to answer some questions about the piece and his collaborations with Liebman:

All About Jazz: Your achievements as a scholar and educator are tremendous. You have been a Professor of Music at Rutgers University in Newark since 1986, you founded the graduate program in Jazz History and Research there in 1997, among your many publications on jazz are a history textbook, two books about Lester Young, and the definitive biography of John Coltrane. You're editor of the John Coltrane Reference, and you co-authored Dave Liebman's memoir, What It Is (Scarecrow Press, 2012), which was published in March of this year. How have you managed to sustain your career as a pianist and composer amidst all of your academic endeavors?

Lewis Porter: It's not easy to do, and to be honest I didn't quite succeed at it. I first played jazz on piano, and then took up the saxophone. I played gigs on sax during the 1980s, most often in Boston with the late Alan Dawson on drums and in New York with Don Friedman on piano. By 1990, I had so many writing commitments that I barely had time to practice saxophone now and then, and the piano just about never. This led to embarrassing situations at times when I had to demonstrate something on the piano, or where I had a gig that required me to play both saxophone and piano.

Finally, I dropped the saxophone altogether around 1994, and once my Coltrane book was done and published in 1998, I made a promise to myself not to get involved in any more publishing projects of that magnitude, and to really focus in on piano. I have done a lot of big editing projects since then, but no book that I had to write all by myself. I think the results have been good, because since that time I've performed all over Europe, recorded a number of CDs as a leader as well as a side-person, and I am on Dave Liebman's forthcoming CD on Enja, for which I also brought in my old friend, guitarist Marc Ribot as guest artist, along with my good friend, bassist Brad Jones and drummer Chad Taylor. I would hope that anybody reading this who heard me play 20 years ago would take two minutes to watch the videos of me with Liebman at Lewisporter.com. Those are from a few years ago, and I'll soon put up some that Dave and I made just a few weeks ago.

AAJ: When did you decide that you wanted to write the 30-minute, three movement Concerto For Saxophone? 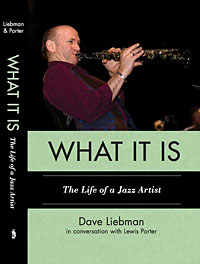 LP: Well, I have to give some background in order to explain that. My first love was classical music—I know Mozart's music by the Köchel numbers, etc. One of the earliest recordings I have of myself is a solo piano recital I gave at college—University of Rochester—of modern classical-style improvisations. For many years I've played through ideas at the piano, or written little snippets of ideas by hand, but in December 2010, I made a promise to myself to finally complete some compositions. (I might add that I struggled with Finale for a few years before switching to Sibelius, and I immediately found I was able to work much more quickly.)

I always get inspired when I have a particular person to write for, and suddenly music for a first movement of Liebman plus orchestra popped into my head and I started to enter it into Sibelius. Within the next few days I had a draft of the second movement as well. The third movement took a few months longer.

AAJ: Did you know the forces you were writing for at the outset of your work on the piece or did it get bigger or smaller during the compositional process?

LP: At the outset I didn't know who would be performing it, but I was set in my idea that it would be a piece for full orchestra. In addition, I knew exactly what instrumentation I wanted. The only thing that I didn't know, and couldn't control, was how many of each instrument—how many first violins etc. The Dudley House Orchestra [at Harvard University] will be comprised of about 50 musicians for this performance, which is great.

AAJ: What role does improvisation play in the piece and how did you account for that element during the composition process?

LP: I prefer to write for a specific soloist. It inspires me, because I not only know the melodic tastes of the soloist, but what he or she is capable of as an improviser. In Dave's case I know that he can improvise with a minimum of guidelines—we've done some of this together. So, for example, in the first movement Dave will play a written melody over the orchestral accompaniment, but at a certain point the orchestral accompaniment continues and there are no more notes in his part, so it's up to Dave to improvise something that flows naturally from the written melody. He also gets a cadenza in the first movement, for which I have also written out the beginning only, and an open cadenza in the last movement. 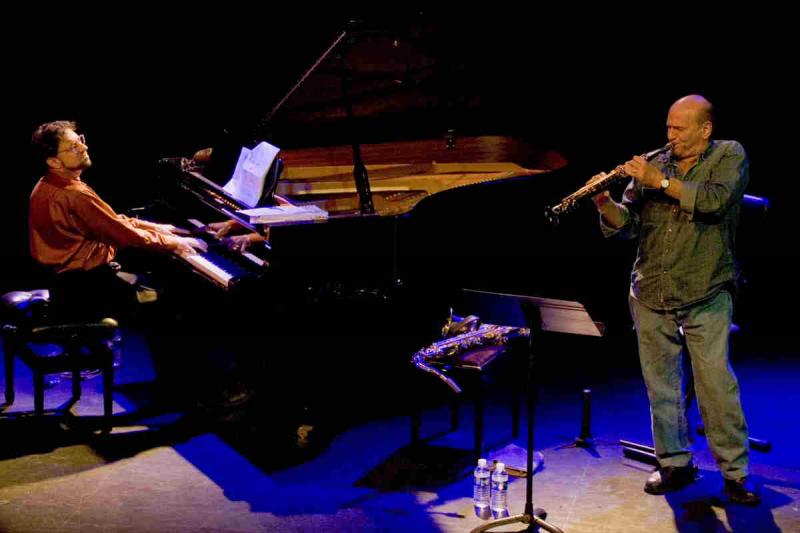 AAJ: Gunther Schuller and others fashioned a jazz-classical form known as Third Stream during the 1950s. Would you describe your piece as an extension of the Third Stream tradition or something else entirely?

LP: There seems to be a knee-jerk consensus today that the Third Stream movement was a "failure." To me, it is absolutely obvious that a lot of really interesting and creative composing came out of it. It's also obvious to me that the meeting of jazz and classical music has been going on since very early on, in James P. Johnson's orchestral music, in Gershwin, in Duke [Ellington]'s suites, etc. So I really don't quite get why there is this idea that Third Stream was a failure, and I don't agree with the critics who seem to be trying to promote that as some kind of established fact. To me, there's only one fact—that the more open you are to different kinds of music, the more variety there will be in this world, so it's only a good thing.

My influences include Chick Corea and Coltrane, but also Stravinsky, Prokofiev and Messiaen, among many others (I think my piece "Olivier," written in 1998 and recorded in 2000, was the first jazz piece for Messiaen). I'll be curious to see if people hear this as a jazz or classical piece.

AAJ: Describe your partnership with Liebman over the years. How have your past collaborations with him influenced your work on the concerto?

LP: I first saw Dave perform in 1968, along with a young, skinny, long-haired Randy Brecker. In April 1979, I met Dave in a professional circumstance. I was the first ever jazz band director at Tufts University (and soon after became the first at Brandeis as well). Dave and I stayed in touch over the years, and gradually became good friends. We performed together as a duo in 2007 in Tours, France, and since then on a few other occasions. So when Dave asked me in early 2008 to help him write his life story, I agreed, and the book is now out.

In September 2011, Dave and I made the recording with Ribot, Jones and Taylor. Working with Dave in all these different situations, I've gotten a good sense of what he's capable of—which is a lot! So, for example, I didn't provide chord changes for any of the solos. The solos in the first and third movements basically take off from the melodic material, and from there he can go anywhere he wants. The solo in the second movement is based on a vamp between two scales, which I have provided in his part.

AAJ: How does this work fit in the body of your work? Is this your most ambitious work, a synthesis of all of your influences, a calling that you had to answer...?

LP: Certainly, in terms of composition, this is the most ambitious work I have completed to date. I am almost done with a four movement concerto for classical saxophonist Paul Cohen (not involving any improvisation) which is probably about equal in terms of size and scope. I've also completed three or four shorter classical pieces that just involve two to four players. Orchestral music is probably the most demanding of all, but it's also exciting so I'd love to do more. I'd also like to complete some big band pieces I have in mind.

AAJ: Are there any features of the piece that you would like to explain or comment on for members of the audience at the premiere on April 19th?

LP: I'll be writing program notes for the event. Some details of the piece were already mentioned above. One thing I would like to mention now—the middle movement represents in sound the life of my late friend Corinne Mond, who died from cancer in March 2011, at the age of 58, while I was writing this piece.

AAJ: Will the event be recorded or broadcast?

LP: The piece will be recorded by an excellent engineering student from Berklee College named Jett Galindo. We hope to present some or all of it on the radio sometime soon after the premiere.