Lewis Porter (PhD, Brandeis, 1983) is a jazz pianist, composer (of everything from leadsheets to works for orchestra and soloists), an author, a Professor of Music at Rutgers University in Newark since 1986, and founder and director of the Master's Program in Jazz History and Research there since Fall 1997. A leading scholar and historian of all eras of jazz, he has dedicated his career to raising the standards of jazz scholarship, and to mentoring young scholars worldwide and in his Master's program. Before 1986, he taught full-time at Tufts, and part-time at Brandeis (while earning his PhD there in music history, which he received in 1983). He has also taught part-time at the New School, Manhattan School of Music, Jazz At Lincoln Center, and as a guest at numerous colleges in the US and Europe. He is an author or coauthor of seven books and numerous articles on jazz, and a consultant to record producers, publishers, and producers of jazz radio shows and films. He is a frequent guest on radio (NPR, WNYC, WBGO, etc.), often quoted in print (NY Times, Star Ledger, etc.) and occasionally appears on TV and film (BET, BBC). He was Jazz Talk moderator for 2006-9 at Jazz at Lincoln Center, where he organized and led four panels a year. He made numerous media appearances in 2005 about his role in researching and releasing the Monk/Coltrane Carnegie Hall recording. He was nominated for a Grammy in 1996 (under Best Historical Reissue) for his role in producing the boxed set of Coltrane's Atlantic Recordings. Dr. Porter has performed extensively as a pianist—check out VIDEOS where you will see him with Dave Liebman and others. Under MUSIC you will find information about his CDs, and audio samples. The critics rave: "A HELLUVA PIANO PLAYER" (Jazz Times). "(Porter plays) with a lively glitter and amazing sense of assurance." "Mixing experimental with traditional, (he) plays up a storm." "Porter is a deep thinker (whose music is) founded upon depth and cunning use of space." He is also increasingly active as a composer, not only for jazz combos but for larger groups—his three-movement concerto for saxophone and orchestra will be performed by Dave Liebman at Harvard U, April 19, 2012. He is accepting commissions for more such works. These are not "jazz arrangements," but original through-composed pieces influenced by the language of Stravinsky and Prokofiev, as well as jazz.

His first book, Lester Young (1985), appeared in a revised edition in 2005 (University of Michigan Press), with an added photo section and CD guide. Porter edited A Lester Young Reader, coauthored Jazz: From Its Origins to the Present (with Michael Ullman, and Ed Hazell; Prentice-Hall,1992), compiled an anthology of historical articles and his own essays (Jazz: A Century of Change, Schirmer Books, 1997), edited The John Coltrane Reference (Routledge 2008), and published the acclaimed study John Coltrane: His Life and Music (University of Michigan Press, Jan. 1998; Italian and French editions, 2007). The latter book won the 1999 Jazz Research Award from the Association of Recorded Sound Collections, and the Prix du livre de Jazz ("Best Jazz Book of the Year") from the Academy of Jazz in Paris. He is editor of Dave Liebman's autobiography which will be out at the end of 2011. Under PUBLICATIONS you will find more info about these and more.

From 2002-2010 he was editor for a series of books on jazz for the University of Michigan press, and he completed a jazz encyclopedia which was published at Jazz.com. He is editor of the comprehensive ,John Coltrane Reference book (Routledge, 2008). He is founder and formerly co-editor with Professor John Howland of the peer-reviewed journal, Jazz Perspectives, which began publication early in 2007 and quickly became one of the leading journals in the jazz field. His latest project is a blog at WBGO.org entitled "You Don't Know Jazz," where in each installment he presents previously unknown and groundbreaking research on every aspect of jazz from its African roots to the present day.

Lewis Porter has a fast-rising profile as a jazz pianist (Steinway preferred) and keyboardist (Yamaha Motif synthesizer, 76 keys). Known for a free and open attitude, he can contribute to any type of musical situation. His own groups swing like mad, taking a loose, open attitude to standard tunes and to Porter's own original compositions. Porter has appeared in concert with such masters as Dave Liebman, Ravi Coltrane, Judi Silvano with Joe Lovano, Jeff Coffin, Jane Ira Bloom, Wycliffe Gordon, Joe Morris, Marc Ribot, George Garzone, Mark Dresser, Gerry Hemingway, Don Friedman, Alan Dawson, Joe Cohn, Gregg Bendian and many others. He is a regular member of the Indian-influenced group Dharma Jazz with Badal Roy, Freddie Bryant, and percussionist Karttikeya. He often amplifies his concert appearances with lectures, workshops, and master classes. Especially in demand are his talks on Coltrane, and his master class for pianists on technique and improvisation. In just the 07-8 school year, Porter was guest lecturer and/or performer at U of Penn, The U of the Arts (Phil., PA), Berklee College, BU, Northeastern, MIT, Worcester Polytechnic U, U of North Texas, Houston High School of Performing and Visual Arts, the public schools in Greece, NY, Eastman School of Music, and William Paterson U. In 2009 he was in Spain, Germany, Israel and Italy.

In a time when isolation and distancing seemed to define school settings, the Harborfields High School Jazz Band sought to cut against the grain and promote the joys inherent in the communal nature of music and creative expression. In early 2021, the band’s director—veteran educator and noted jazz journalist Dan Bilawsky—decided to follow through on a ... 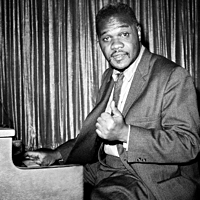 Allen Lowe: A Love Supine: Ascension into the Maelstrom

There is an exhaustive property to the body of Allen Lowe's work. Composer, saxophonist, sporadic guitarist who composes on piano, and the author of several noteworthy music histories, he has released nearly two dozen albums. Lowe is a member of the quartet East Axis with Matthew Shipp, Gerald Cleaver, and Kevin Ray. A Love Supine: Ascension ... 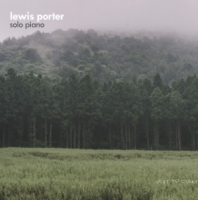 Label: Next To Silence Records
Released: 2019
Track listing: What Is This Thing Called Love?; Ragtime Dream; I Loves You Porgy; Blues For Sunset; Birthplace; Through The Clouds; Mixolydia; Body And Soul; For Eddie Harris; Central Park West.

There are people who play the piano, and then there are some who create a whole other state of consciousness with it. While these three may not be among the more common household names in the jazz world, here they each offer a master class in the craft to make you wonder just why the hell ...

The 587th Episode of Neon Jazz is ushered in by the sounds of Lewis Porter on the keys and followed by those of his friend Dizzy Gillespie. From there, we look into Kansas City-born, New York-based trumpeter Dave Scott with a cut off his new CD In Search of Hipness. We then move on to the ...

The solo format is, quite often, a window into an artist's soul. For Lewis Porter, performing all by his lonesome at the piano, it also serves as a showcase for a tripartite balancing act between patience, impulse, and calculated intellect. In an autonomous state, left to his own devices and desires, this pianist-scholar produces music that's ...