By C. Michael Bailey
December 1, 2013
Sign in to view read count
This holiday season has turned out better than the past several when considering quality seasonal music releases. The jazz instrumental contingent has provided several fine recordings for consideration. 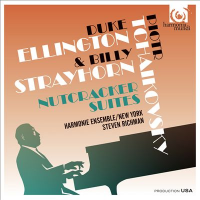 Duke Ellington & Billy Strayhorn / Piotr Tchaikovsky: Nutcracker Suites highlights the greatest jazz adaptation of classical music. This release also goes a long way in placing both Tchaikovsky and Duke Ellington (and Billy Strayhorn) in a more contemporary light without allowing tarnish to develop on this living and vibrant music.

The classical version of the piece is presented first, establishing the standard to which the Ellington reimagining may be compared. Tchaikovsky specialized in composing fast passages capable of being played at great velocity. This was the hallmark of most Romantic and creative composing and is best illustrated in the "Overture" and "Trepak (Russian Dance)." The "Arabian Dance" and "Chinese Dance are full of musical mystery and wonder, delivered capably beneath the baton of Steven Richman. 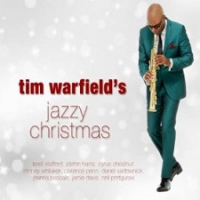 Multi-instrumentalist Tim Warfield turns in the most "jazzy" release the holiday season, one peppered with compelling improvisation and arrangements. This is the rare holiday offering that swings as hard as it celebrates the season. In doing this, Warfield removes the net. The CD cover shows Warfield with his trusty soprano ax, which might strike fear the the heart of every hard-core jazzer remembering the bazillion of dollars and plays Kenny G got for his Miracles: The Holiday Album (Arista, 1994). But Warfield proves more Cotrane than Gorelick, winding his way around Claude Thornhill's "Snowfall" (which sports a fine open-bell trumpet solo by Terell Stafford).

His tenor playing is up to snuff also. The opening "Santa Claus Is Coming To Town" is a breezy affair that features Warfield, Stafford and vibraphonist Stefon Harris (who reprises his previous holiday cheer from his Classical Jazz Quartet projects) in extended solos. Warfield's tenor recalls that of Dexter Gordon—large and in charge. The arrangement is piquant and sharp. "Let it Snow" has an island flair, featuring most closely pianist Cyrus Chestnut's probing and light keyboard ruminations. On "Joy to the World" it is Warfield's reedy soprano saxophone taking center stage. Warfield whip's Handel's melody around improvisationally as well as in a dissonantly contrapuntal reharmonization. Tim Warfield's Jazzy Christmas is the most fully-realized jazz seasonal offering this year. 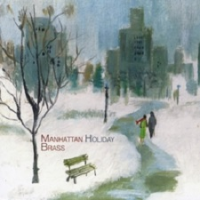 A brass quintet Christmas!. New York City-based Manhattan Brass caps a festive season with Manhattan Holiday. The brass quintet is an old format well suited for the classical and holiday repertoires. Add to this the presences of trumpeter Lew Soloff and bass trombonist David Taylor, who joined the quintet in 2004, and the present releases comes into full focus. While capable of prim and proper performance, MB has a bit of fun with the holiday songs, rearranging and re- harmonizing them and presenting them in the jazz voices from the past.

"It Came Upon A Midnight Clear" begins as an inebriated winter performance, in the cold, before morphing into a Chicago-by way of New Orleans vibe, while "We Wish You A Merry Christmas" could have been arranged by Oliver Nelson or Don Cherry, take your pick. The harmonies are often Monk-dissonant, giving the familiar music a new coat of cool. "The Christmas Song" and "O Tannenbaum" are played relatively straight in a marching band sort of way, while "Jingle Bells" (by Carla Bley) is transformed through arrangement into a staccato delight full of surprises. An abundant recording for an abundant year in music.

Colleague Dan McClenaghan said of pianist Ted Rosenthal's Wonderland, "This is an excellent album. Not an excellent "Christmas album," an excellent album, period. It could become one of the Holiday classics that spin out every year, and gets slipped onto the player in times in between." This analysis could have equally described Tim Warfield's contribution to the season also. This has been a good season.

Rosenthal blows through every subgenre of jazz as the winds his way through these eleven selections. "Winter Wonderland" is a swingtime romp through that Bernard/Smith classic while the traditional "Silent Night" is necessarily taken at a ballad pace as is Mel Torme's "The Christmas Song." "Angels We Have Heard On High" is taken Oscar Peterson speed before becoming islands languid on Tchaikovsky's "Dance of the Reed Flutes" (a piece that causes ponder regarding what a piano reduction of The Nutcracker Suite would sound like.

Rosenthal interpolates Thelonious Monk's "Blue Monk" into "Santa Claus is Coming to Town" so effectively one wonders if Monk got the idea from there. As far as trio interpretations of holiday fare go, this is one of, if not, the best. Tasteful, relaxed and properly creative in the spirit of Psalm 104, "Thou sendest forth thy Spirit, they are created; And thou renewest the face of the ground" (ASV).

Tracks: Winter Wonderland; Silent Night; Angels We Have Heard On High; The Christmas Song; Dance of the Reed Flutes; Greensleeves; Santa Claus is Coming to Town; Have Yourself a Merry Little Christmas; Sleigh Ride; Let It Snow; Snowscape.