Ted Rosenthal is one of the leading jazz pianists of his generation. The first-prize winner of the Thelonious Monk International Jazz Piano Competition in 1988, Ted has gone on to perform worldwide, both as a leader and as a sideman with many jazz greats, including Gerry Mulligan, Art Farmer, Phil Woods, Bob Brookmeyer, and Jon Faddis. Ted also has released eleven CDs as a leader, which include new treatments and "derangements" of great American standards, jazz tunes and classical themes, as well as his original compositions. Ted’s ability to communicate both the creative and analytical aspects of jazz translates from the bandstand to the educational arena: he holds faculty appointments at The Juilliard School, and Manhattan School of Music, and has also taught at Queens College, and The New School University. Ted was born and raised in Great Neck, Long Island, a suburb of New York City

Bassist Martin Wind reminds us that “nostalgia" is not a four-letter word (or nine-letter for that matter). Wind would say, “nein" to that idea. The German-born bassist, now a solid member of New York's jazz community, can be heard in piano trios led by Bill Mays, Ted Rosenthal, and Bill Cunliffe, in drummer Matt Wilson's various ... 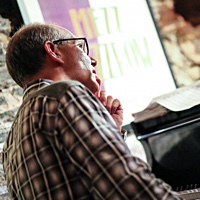 Ted Rosenthal is one of the most renowned pianists of his generation. He won first prize at the second Thelonious Monk International Jazz Piano Competition and has been awarded several NEA grants as a composer. Well known as the pianist in Gerry Mulligan's final quartet, Rosenthal has recorded or performed with many other artists, including Bob ...

Berkshires Jazz, Inc. continues its summer of centennial tributes on August 12 with the Ted Rosenthal Quintet, in a 100th birthday salute to Thelonious Monk. TD Bank is sponsoring the concert, which takes place at the Lee Meeting House (Lee Congregational Church), starting at 7:30pm. Equally renowned as a pianist and composer, Thelonious Monk was known ...

Jack Kleinsinger’s Highlights In Jazz Presents The Joe Bushkin Centennial at 8:00 PM on Thursday, May 4

Usdan Center for the Creative and Performing Arts, the nationally renowned summer arts camp whose Jazz Department was created by Dr. Billy Taylor, will hold a free Open House on Sunday January 25 from 11 AM to 2 PM for its 48th, 2015 season. For more information, call (631) 643-7900, write to [email protected], or visit usdan.com. ... 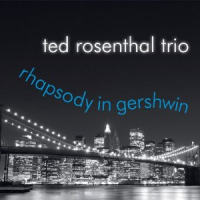 Label: Playscape Recordings
Released: 2014
Track listing: Rhapsody In Blue; Let's Call The Whole Thing Off; Fascinatin' Rhythm; I Loves You Porgy; They Can't Take That Away From Me; Strike Up The Band; Someone To Watch Over Me; Love Walked In.

Bassist Martin Wind had already gigged with American jazz musicians prior to moving to New York City in 1996 to advance his musical studies. Though classically trained, Wind is highly versatile, having played in orchestras, small jazz groups, crossing genres on the electric bass prior to departing his native Germany. Now, years later, he ...

The glories of George Gershwin have been well-documented in jazz settings. In fact, many would argue that Gershwin's music has been done to death. So does the world really need another tribute to this iconic tunesmith? In theory, it does not. Supply and demand, and the very nature of saturation, would say that a more-than-sufficient dose ...