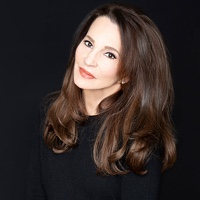 Vocalist Sylvia Brooks likes to provide her music a noir patina, that smoky and dark evening tone preferred by the likes of the fictional hard men: Sam Spade, Philip Marlowe, and Jeff Markham.
—C. Michael Bailey, All About Jazz

The long winding path that led Sylvia Brooks back to her jazz roots provided her with plenty of dramatic stories to tell. Possessing a sumptuous, velvet-rich voice, Brooks gained widespread attention with her first two critically acclaimed albums, projects that introduced a sensuous jazz-noir sound redolent of femme fatales and tough guys, crooked deals and deep-shadowed urban nightscapes. But over the past five years she’s increasingly turned her attention toward writing her own material and creating her own characters.

On her fourth album, 2022’s Signature, Brooks embraces the most challenging role of all, defining herself with a set of beautifully crafted original songs. Her evocative lyrics and emotionally direct delivery imbue the music with hard-won authenticity. Whether looking back with wry affection on her walk-on-the-wild-side youth or lamenting a lost love, Brooks brings bracing honesty and keen emotional intelligence to the material. Like on her previous album, 2017’s The Arrangement, she’s keeping company with the Southland’s most creative accompanists. The stellar rhythm section tandem of drummer Ray Brinker and bassist Trey Henry play on almost every track. And ace pianists Tom Ranier, Jeff Colella, and Christian Jacob designed beguiling, harmonically rich settings for her incisive lyrics. In writing her own songs, Brooks has clearly found her voice as an artist.

Born and raised in Miami, Florida, she came to jazz as a birthright. Her father, pianist/arranger Don Ippolito, was a first-call player who performed with giants such as Stan Getz, Buddy Rich, Peggy Lee, Sarah Vaughan and Dizzy Gillespie. Her mother, Johanna Dordick, was a conservatory-trained opera singer who also dazzled audiences singing pop tunes and standards at East Coast night clubs and resorts (she went on to found the Los Angeles Opera Theater in 1978). While Brooks absorbed this fabulously rich musical heritage, her initial calling to the stage took the form of acting, and she trained at ACT in San Francisco under the great directors Allen Fletcher and William Ball.

Relocating to Los Angeles, she pursued work in television and theater, while itching to get back to music. In a fateful turn of events it was the death of her father that led her back to her first love. In looking to have several of his original pieces played at his funeral she immersed herself in her father’s extensive archive, an experience that sparked a jazz epiphany. She sought out veteran pianist Tom Garvin, who took her under his wing and wrote a set of charts for her.

Brooks made her performing debut at the Jazz Bakery, and gained international attention with her impressive 2009 debut Dangerous Liaisons. Featuring arrangements by Garvin, saxophonist Kim Richmond, and Colella, whose trio with bassist Chris Colangelo and drummer Kendall Kay provided expert accompaniment, the project introduced her sultry jazz-noir concept. She ventured further into the shadows on 2012’s critically-acclaimed follow-up Restless. Kim Richmond’s lush arrangements for the aptly named Atmosphere Orchestra made brilliant use of jazz and studio heavyweights like Colella, harmonica great Ron Kalina, and violinists Henry Scorzo and Jeff Gauthier. The result was a hot and bothered musical sojourn that San Francisco Bay Area jazz critic Andrew Gilbert described as “an erotically-charged, noir-tinged realm…exposing the deep currents of longing, desperation and heartache running through the American Songbook.”

Not surprisingly, a gal can get tired of all that romantic angst. In creating her third album, The Arrangement, Brooks didn’t just set out to investigate different moods and rhythms. She invited a dazzling cast of writers to design bespoke charts tailored for her voice, while giving them casting carte blanche, an act of trust that led to a project marked by a glorious diversity of settings. The 2017 release finds Brooks playing comedienne and dramatic lead, ingénue and world-weary dame, inhabiting each song with poise and authority.

With Signature her journey of self-discovery plumbed new depths, an excavation that led directly to her formative years in Miami, where she soaked up Cuban music. Rather than returning to the torch songs and film-noir inspired standards that defined her early repertoire, Brooks has no intention of limiting herself. “I want to explore different musical styles,” she says. “I love Latin influenced music, big band swing, and rich ballads. I want to explore the whole spectrum musically.” It’s a quest that has already delivered the musical goods, and that promises treasures to come. Show less

"The Arrangement" By Sylvia Brooks Named Jazz Vocal CD Of The Month by...

Sylvia Brooks Explores The Noir Side Of Jazz In New CD Release...

Jazz Vocalist Sylvia Brooks to Bring the Glamour Back with Debut CD...

All About Jazz- C. Michael Bailey

Vocalist Sylvia Brooks likes to provide her music a noir patina, that smoky and dark evening tone preferred by the likes of the fictional hard men: Sam Spade, Philip Marlowe, and Jeff Markham. On her third recording, The Arrangement, this patina is given a high buff shine into something more contemporary, without losing any of the inherent sexiness of the music and its delivery. The Arrangement is a delicious double entendre on the word “arrangement,” juxtaposing the darker side of love with a play on “arrangement,” here meaning the musical arrangement of the 14 selections contained herein

All About Jazz- C. Michael Bailey

Vocalist Sylvia Brooks likes to provide her music a noir patina, that smoky and dark evening tone preferred by the likes of the fictional hard men: Sam Spade, Philip Marlowe, and Jeff Markham. On her third recording, The Arrangement, this patina is given a high buff shine into something more contemporary, without losing any of the inherent sexiness of the music and its delivery. The Arrangement is a delicious double entendre on the word “arrangement,” juxtaposing the darker side of love with a play on “arrangement,” here meaning the musical arrangement of the 14 selections contained herein. Miles Davis had made much of the importance of musical arrangement on his famous 1949 Nonet sides Birth of the Cool (Capitol Records, 1998), showcasing the arrangements by Gerry Mulligan, John Lewis, Gil Evans, and John Carisi. Brooks looks back at this music, bringing the art of arrangement forward, her arrangers retaining an emphasis on soft soundscapes and counterpoint.

The Arrangement is a project where Brooks directed her various arrangers: Otmaro Ruiz, Jeff Colella, Christian Jacob, Kim Richmond and Quinn Johnson, to accomplish two things: they had to incorporate both reeds and brass and, they could choose the musicians they thought would best complement the pieces. The results are plush and direct, smartly outfitted with soft smoothness. Brooks' voice possesses a superior pliancy, enabling the singer to adapt to manifold musical environments. These environments include Ruiz's humid Latin affairs, “”Perhaps,” “Midnight Sun,” (arranged by Kim Richmond with Ruiz on piano) and “Besame Mucho;” and Jacob's intelligent and swinging contemporary touch (”Eleanor Rigby, “Never Let me Go”); and Quinn Johnson's blues-swing infused pieces (”Cold Cold Heart,” “What Was I Thinking”). What all of the arrangements have in common is a svelte tautness that is as comely as it is durable. Brooks' voice stands front and center in these expertly-crafted songs, a voice full of experience and learning, deftly prepared for any material, as is evidenced by this fine recording.

From: Signature
By Sylvia Brooks

From: The Arrangement
By Sylvia Brooks

From: Restless
By Sylvia Brooks 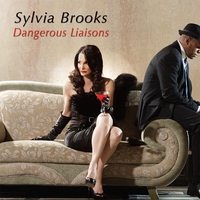 From: Dangerous Liaisons
By Sylvia Brooks

All About Jazz musician pages are maintained by musicians, publicists and trusted members like you. Interested? Tell us why you would like to improve the Sylvia Brooks musician page.