Ron Boustead first emerged on the jazz scene in Cincinnati, Ohio in the early 1980s, where he recorded his initial solo LP, “First Light” with the Steve Schmidt trio for Mopro Records. It was a hard-swinging outing featuring lyrics Ron had written to solos and compositions by jazz greats like Chet Baker, Clare Fischer, Chick Corea and Freddy Hubbard. His vocalese version of “Autumn Leaves” landed him in heavy rotation on national jazz radio. As a fan and student of Mark Murphy, Boustead delved deeply into the be-bop repertoire, which he brought with him when he moved to Los Angeles in 1983.

Boustead began collaborating with Contemporary keyboard wizard, Gregg Karukas soon after, and together they wrote and recorded songs like “Sound of Emotion” and “In My Dreams”, which were hits in the early days of the Quiet Storm format. They also penned songs for artists like George Benson, Jonathan Butler, Deniece Williams, Arnold McCuller and Pauline Wilson (Seawind).

In 1990, Ron became a staff songwriter on the groundbreaking television musical, “Cop Rock”, for which he earned an Emmy nomination for a big production number highlighting the plight of the homeless, “Nowhere To Go, Nothing To Do”. World music spoke to Boustead in 1996 in the form of his highly inventive “Circle of Souls” CD, co-written with Michael McGregor and released and performed in the U.S. and Japan. The record fused African and Celtic mythology with contemporary beats, and featured violin phenomenon, Karen Briggs.

In the midst of all this creativity, Boustead parlayed his musical skills into a related, side career as well. He became a top-notch mastering engineer while working at legendary Precision Mastering in Hollywood. Ron engineered CD and vinyl masters for artists like Prince, Rolling Stones, Seal, Kiss, R.E.M. and many more. After 15 years, Ron opened his own mastering shop, Resolution Mastering, and remains active with a worldwide, loyal following as a talented engineer with a musician’s ear.

In 2006, Ron’s CD, “Blend” was released, an amalgamation of Smooth Jazz, Pop, Latin and Soul. The record debuted 8 new Boustead-penned songs as well as inventive covers of Stevie Wonder’s “Superstition” and Carole King’s “Will You Love Me Tomorrow”.

Ron’s latest release, scheduled for Valentine’s Day 2017 is called “Unlikely Valentine” and marks a return to his roots as a straight-ahead jazz lyricist and singer. Surrounded by the A-list of Los Angeles jazz musicians and arranged and produced by Grammy-winner Bill Cunliffe and Mitchel Forman, the record is a modern jazz, horn-infused project showcasing light-hearted bop originals like “I Won’t Scat”, “Coffee” and the title track, “Unlikely Valentine”, a humorous re-imagining of the classic, “My Funny Valentine”. Early reviews invite comparisons to Jon Hendricks, Mark Murphy, Mel Torme and Mose Allison. Show less 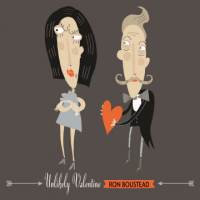 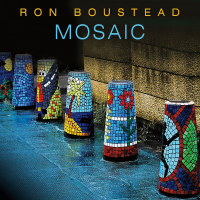 From: Unlikely Valentine
By Ron Boustead

All About Jazz musician pages are maintained by musicians, publicists and trusted members like you. Interested? Tell us why you would like to improve the Ron Boustead musician page.