PAULA WEST was fueled by a determination to find the best music and communicate it in her own way. Born into a Marine Corps family in San Diego, California, she was initially exposed to classical music. "My parents didn't have a lot of jazz records," remembers Paula "My father linked to listen to classical music." Paula began listening to jazz singers such as Dinah Washington, Billie Holiday and Sarah Vaughn while in college.

After college, Paula moved to San Francisco, unsure of what she wanted to do with her life. Buying old records from thrift shops, she studied them and then began singing classes. As she became more secure in her talent, she ventured into jam sessions, places where an open mike gave her a chance to perform before an audience. It was at one of these sessions that she met a pianist who would join her in the climb to her own musical identity and her musical success. His name was Ken Muir, and he continues as her accompanist today. Paula went on to study with Faith Winthrop, developing her unique tone and delivery. She learned how to sustain a note without a vibrato, which is now almost a Paula West trademark.

Paula worked as a waitress until pianists Muir and Larry Luckovich hired her to work with them at San Francisco's Ritz Carlton Hotel's Terrace Restaurant, and Dick Whittingham featured Paula at the Maybeck Recital Hall. Later she met donald smith, founder of the Mabel Mercer Foundation, which is the force behind the Cabaret Convention. In 1995 he included her in the Cabaret Convention, then arranged for her engagement at the Algonquin HOtel's famous Oak Room in 1996. This led to various bookings, allowing Paula to make a name for herself on the East Coast.

Paula's cortically acclaimed CD, Tempation, was released in 1995, and includes old songs she loves such as "Temptation," "You'll See" by Carrol Coates and "Peel Me A Grape" by Dave Frishberg. It was followed by Restless, and her latest release is titled Come What May. Paula chooses songs she likes personally and can be as unconventional as "Don't Fence Me In" or the Pearl Bailey favorite "Tired."

Paula West has learned her craft and honed her talent, finding audiences far beyond her San Francisco home. She has played in New York and Philadelphia, has appeared on both European and American broadcasts, as well as appearing in Switzerland and Italy several times. In 1997, she had a sold-out deut at the Maison de la Musique in Paris.

She has opened for Rosemary Clooney and Jimmy Scott. Her film credits include Bicentennial Man and Teknolust.

Ministering to an Unlikely Couple 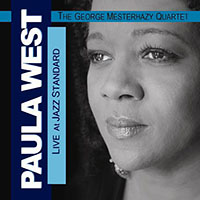 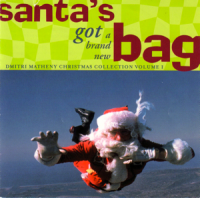 All About Jazz musician pages are maintained by musicians, publicists and trusted members like you. Interested? Tell us why you would like to improve the Paula West musician page.