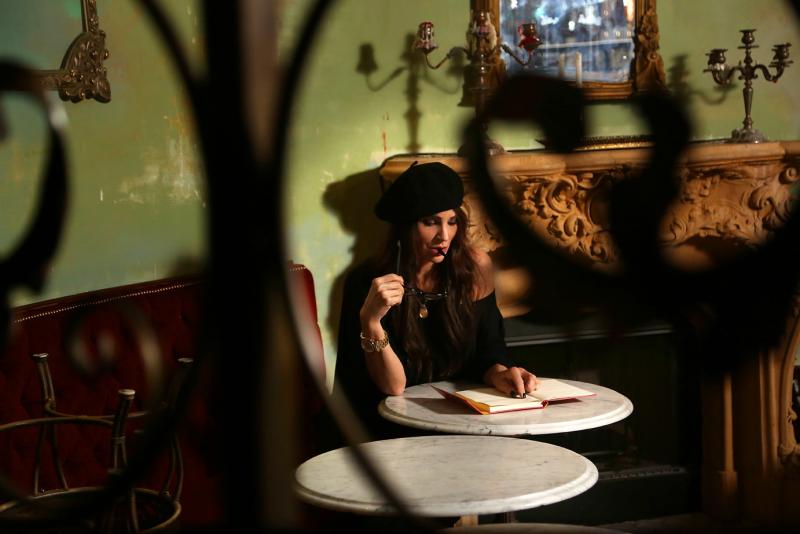 By Sylvia Brooks
October 1, 2017
Sign in to view read count

Born and raised in Miami, Florida, Brooks came to music as a birthright. Her father, pianist/arranger Don Ippolito, was a first-call player who performed with such giants as Stan Getz, Buddy Rich, Peggy Lee, Sarah Vaughan and Dizzy Gillespie. Her mother, Johanna Dordick, was a conservatory-trained opera singer, who also dazzled audiences singing pop tunes and standards at East Coast night clubs and resorts (she went on to found Los Angeles Opera Theater in 1978). While Brooks absorbed this fabulously rich musical heritage, her initial calling to the stage took the form of acting, and she trained at ACT in San Francisco under the great director Allen Fletcher. In a fateful turn of events it was the death of her father that opened the door to return to her Jazz roots. In looking for several of his original pieces to have played at his funeral she immersed herself in her father's extensive archive, an experience that sparked a jazz epiphany. In 2009, she released her debut album Dangerous Liaisons, followed by Restless, her second album, which is what brings us to The Arrangement, her current release. Inhabiting each song as if it was written especially for her, she credits her remarkable cast of writers on The Arrangement for their consistently inventive and creative work. But it's Brooks' performance that leaves one eager for the next soul-bearing set from this exquisitely expressive singer.

I studied acting at the American Conservatory Theater in San Francisco. I loved Lena Horne. Also I love Nancy Wilson and Duke Ellington.

When my father passed away, I began to go through his extensive archive of original compositions to have played at his funeral, and I had an epiphany of sorts. I realized then the deep roots that my soul had in this kind of music.

I believe in emotion. I think I gravitate towards songs that have stories to tell. I love working in a collaborative way. On my latest album, The Arrangement, I collaborated with 5 different arrangers, and used the musicians that they wanted to use for their sessions. It was great, because everyone's voice is uniquely their own.

Teaching is something that I've never really explored. I've had people ask me to work with them vocally, but I've never really felt comfortable doing that. The voice is a very delicate instrument—and it is easy to establish bad habits—also, each voice has it's own unique needs, and is built in it's own unique way—I know how to work with my instrument, but I'd be hesitant to take on that responsibility for someone else.

I love music that is rich in instrumentation. The more pieces, the better.

Your best or worst experience: The making of my current album. It was the most challenging, and yet, the most rewarding thing that I've ever done.

The 5th Avenue Theater in Seattle. I loved the theater, the producer, the crew.

My dad's big band recordings. He saw Duke Ellington's orchestra live in Pittsburgh when he was 17 years old, and it change his life.

An understanding of what these great songs are saying. I try to take people on an emotional journey-to me, each song tells a different story-so I want it to stand on it's own as a complete piece of work.

That I am passionate about what I do.

I think that we are in a really amazing time in jazz. The boundaries are wide open and everything is being redefined. I think it's a very exciting time.

Making it connect more to the audience.

Leaving someone cold and not reaching them.

I haven't gotten there yet.

"Cold Cold Heart" from my current album. Quinn Johnson has written a wicked arrangement of it.

I would love to hang out with Billy Strayhorn.

Not sure at this point. I have three original pieces on The Arrangement, so I am going to start writing more-I'd like to include more of my own music on my next album.

Who knows? An actor?

A Vocalist that sends you back in time