Kenneth Gorelick began his career as a musician when he acquired his first ever professional job as saxophone soloist for Barry White's Love Unlimited Orchestra in 1976 at the age of 20, when White was impressed by his mastery of the blues scale. Kenny was also studying for a major in accounting at the same time. After he graduated from the University of Washington he played with the funk band Cold, Bold & Together before becoming a credited member of The Jeff Lorber Fusion. He began his solo career after his period with Lorber.

In 1982, Kenny G signed with Arista Records as a solo artist, after label president Clive Davis heard his rendition of ABBA's “Dancing Queen”. He has released many solo albums and collaborated with various artists including Whitney Houston, Toni Braxton, Natalie Cole, Steve Miller (which marked the only time he appeared on a rock and roll album), Michael Bolton, and Aretha Franklin. Influenced by the likes of saxophonist Grover Washington, Jr. and the lyricism of Barry Manilow, his own albums are usually classified as smooth jazz.

He received success quite early on, with both G Force and Gravity, his second and third studio albums respectively, achieving platinum status in the United States. These sales were topped by his fourth studio album, Duotones, which shifted over five million copies in the U.S. alone. His fifth studio album, Breathless, became the number one best selling instrumental album ever, with over 15 million copies sold, of which 12 million were in the U.S. He broke another record when his first holiday album, Miracles, sold over 13 million copies, making it the most successful Christmas album to date.

In 1997, Kenny G earned a place in the Guinness Book of World Records for playing the longest note ever recorded on a saxophone. Kenny G held an E-flat for forty five minutes and 12 seconds.

Gorelick's 1999 single, “What A Wonderful World” stirred controversy among the jazz community regarding the overdubbing of Louis Armstrong's classic recording. A common criticism was that such a revered recording by a musician known especially for improvisation should not be altered. The “duet” was produced by David Foster who also recorded the Natalie Cole and Nat King Cole duet. Gorelick stated at the time,”...I didn't want to spoil the original. I said, 'Whatever we do, if we're not going to make it better, let's throw it away and we won't do it.' So (Foster) guaranteed that it would be better, and I hope that we did a good job on it.” Some columnists countered the criticisms suggesting such a recording would bring classic jazz to a wider audience. Nevertheless, Kenny G fans considered the live performance of this duet with Armstrong on a video taped backdrop a “show stopper.” Additionally, Gorelick has stated that all the proceeds from this single go to his Kenny G Miracles Foundation which “funnel(s) the money to charities to purchase musical instruments and to supplement funding for the arts in schools.” 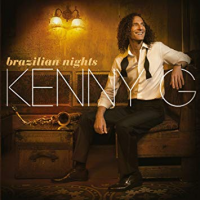 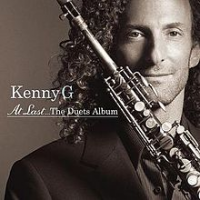 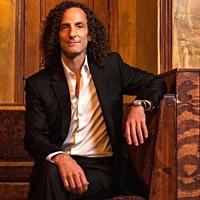 All About Jazz musician pages are maintained by musicians, publicists and trusted members like you. Interested? Tell us why you would like to improve the Kenny G musician page.