Trumpeter Chris Botti is a gifted instrumentalist, a talented composer, and a charismatic performer who— since the release of his first solo album in 1995—has created a series of recordings which have made him a virtual genre-of-one in the realm of contemporary jazz while at the same time capturing the attention of the pop music world. Through his singular combination of lush atmos¬pheres and thoughtful improvisations, Botti has earned both critical acclaim and mainstream appreciation for a succession of best-selling albums including When I Fall In Love (2004, #1 Top Jazz Album, #37 Billboard Top 200), To Love Again: The Duets (2005, #1 Top Jazz Album, #18 Billboard Top 200), and Chris Botti Live with Orchestra & Special Guests (2006, #2 Top Jazz Album).

Now, inspired by the sounds and atmosphere of Italy, Chris Botti has created a vibrant and sensual set of performances drawn from sources ranging from classical opera to the soundtracks of Ennio Morricone. Recorded in the United States, England, and Italy, Italia is a brilliant showcase for Botti's musical versatility as performer, composer and collaborator. The album includes the newly-composed title track featuring the passionate vocals of renowned Italian tenor Andrea Bocelli as well as a new interpretation of "The Very Thought of You" with guest vocalist Paula Cole. In another of the album's duets, Botti adds his touch to a vocal performance originally recorded in 1957 by the "forever cool" Dean Martin on "I've Grown Accustomed To Her Face," a song first written for "My Fair Lady."

On Italia, Botti re-imagines two beloved compositions — "Deborah's Theme" (from "Once Upon A Time In America") and "Gabriel's Oboe" (from "The Mission") — by the venerated Italian composer Ennio Morricone, recent recipient of an Honorary Academy Award® "for his magnificent and multifaceted contributions to the art of film music."

Among the many treasures of Italia, Chris Botti creates a breathtaking new rendition of "Nessun Dorma" ("Let no one sleep") from the final act of Giacomo Puccini's opera "Turandot." The song entered popular consciousness in 1990, when it was adopted as the official theme of the Italia '90 World Cup.

Italia will be released on Tuesday, September 25.

Chris Botti is a native of Oregon who was born in Portland, raised in Corvallis, and spent two years of his childhood growing up in Italy. His earliest musical influence was his mother, a classically trained pianist and part-time piano teacher. "I can't really sit down and play a song on the piano," Chris admits. "But I know harmony, and generally I compose on the piano rather than on the trumpet." He pursued his music studies with a succession of outstanding teachers including Professor Bill Adam and Dave Baker in Indiana, and—following Botti's move to New York City in 1986—the late trumpet master Woody Shaw.

"The music that really inspired me as a teenager was more like Miles Davis playing ballads with the second quintet. You know that spacey thing, when they broke down all the chords in the song? That band playing 'Stella by Starlight' is something very different from, say, Bud Powell playing the same tune.

"My music is more reined-in, because it's in a pop format. But this atmospheric quality is what I really loved about jazz, and on my earlier CD's I've tried to marry that feel to the textures and melodies you might hear on a record by Peter Gabriel or Bryan Ferry."

In the studio and on stage, Chris Botti has worked with such leading singer-songwriter/composers as Paul Simon, Joni Mitchell, Sting and renowned film composer John Barry, among others; as a sideman, he has appeared on dozens of albums, compilations and soundtracks. Botti's association with Sting—who joins Botti on both To Love Again and When I Fall In Love— dates back to 1999, when the trumpeter joined the pop legend's band as featured soloist on the "Brand New Day" tour, which lasted two years.

"What is unique about him is that he has jazz chops and he comes from the world of jazz," Sting has said of Chris Botti. "He also has a very refined pop sensibility. He looks great and he presents himself well. He works hard, and you know, you see a star a mile off. So he was in my band for four years. He took the light. I'm very happy when people in my band take the spotlight and say, "Let me run with this ball," because I'll just stand back and I'll look good."

In addition to receiving an RIAA gold-certification for When I Fall in Love in 2004 and To Love Again (both produced by Bobby Colomby) in 2005, "What Are You Doing the Rest of Your Life?" (with vocals by Sting) earned a Grammy Award for Best Instrumental Arrangement Accompanying Vocals. Since then, Chris Botti has toured constantly, stopping only to tape his own PBS Special and DVD in Los Angeles in December of 2005.

Chris Botti Live with Orchestra & Special Guests, shot December 1 and 2, 2005, over a Thursday - Friday run at LA's fabled Wilshire Theatre, inspired the Los Angeles Times music critic Don Heckman to write, "It was apparent, from the first notes Chris Botti played at the Wilshire Theatre on Friday, that the sold-out house was in for a special evening...Botti's latest album, 'To Love Again' — as well as the previously released 'When I Fall In Love' — features extraordinary lineups of vocal guest artists. Six showed up for the concert — Sting, Jill Scott, Paula Cole, Renee Olstead, Paul Buchanan and Gladys Knight — along with Burt Bacharach...despite the inevitable audience excitement generated by the appearance of such vocal headliners and despite the artists' diversity of interpretations, it was Botti's virtuosic trumpet work, his inventive melody-making, his engaging onstage presence and his powerful band ...that ruled the evening..."

A full concert version of the critically-acclaimed Chris Botti Live with Orchestra & Special Guests, has become a viewer-grabbing highlight of PBS Pledge Weeks across the county and is available as either a CD/DVD package, Blu-ray Disc, or a CD-only configuration.

One of the world's most popular concert attractions, Chris Botti toured with Diana Krall in 2007 and will be one of the featured guests in Andrea Bocelli's upcoming live concert special slated to air on PBS in the late fall of 2007. He currently maintains one of the busiest touring schedules monitored by the industry and the requests for television appearances, film scoring and other projects are on the rise as the sound of his trumpet is heard by more and more listeners around the world. Show less

SISO's 2012-13 Season to Feature Concerts with Wynton Marsalis and...

This Is Chris Botti 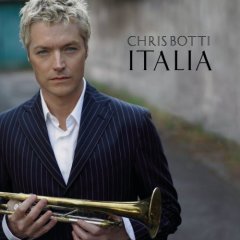 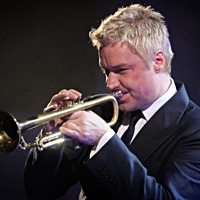 All About Jazz musician pages are maintained by musicians, publicists and trusted members like you. Interested? Tell us why you would like to improve the Chris Botti musician page.