In a career spanning nearly two decades, Dave Koz has established himself as a platinum-selling artist, humanitarian, entrepreneur, radio host, and instrumental music advocate. A six-time Grammy® nominee, he’ll be honored in 2009 by the Hollywood Chamber of Commerce with a star in the sidewalk on Hollywood Boulevard’s Walk of Fame. The list of artists who Koz has played with bears testament to his talent and includes such musical luminaries as Burt Bacharach, Ray Charles, Natalie Cole, Celine Dion, Kenny Loggins, U2, Michael McDonald, Luther Vandross, and Rod Stewart.

Born and raised in L.A.'s San Fernando Valley, Koz initially picked up the saxophone to gain entry into his big brother's band. What began as a ploy became a lifelong obsession. Years later, after earning his degree in mass communications from UCLA, Koz decided to become a professional musician. Within weeks of that decision, he was recruited as a touring member of Bobby Caldwell’s band. It was during this time that Koz befriended keyboardist Jeff Lorber, who invited Koz to come play on one of his tours. That stint was followed by a fourteen-month tour with pop singer Richard Marx.

Signed to Capitol Records by Bruce Lundvall, Koz released his self-titled solo debut album in 1990. This was the first in a body of best-selling work, which includes the gold-certified Lucky Man (1993), Off The Beaten Path (1996), and the holiday-themed albums December Makes Me Feel This Way (1997) and Dave Koz & Friends - A Smooth Jazz Christmas (2001). His gold-certified fifth album, The Dance (1999), spawned no less than five Top 5 contemporary jazz hits. Saxophonic (2003) produced another four Top 5 singles and garnered Koz two Grammy nominations spanning two consecutive years.

In 2007, Koz released two chart-topping collections of standards. At The Movies, his lush, romantic celebration of timeless melodies from cinema, spent eight weeks atop Billboard’s Top Contemporary Jazz chart. Produced by the legendary Phil Ramone, it was nominated for a Grammy in the “Best Pop Instrumental Album” category. Memories Of A Winter’s Night, a festive collection of holiday standards,hit No. 1 on Billboard’s Top Contemporary Jazz chart in December 2007. Dave Koz At The Movies Double Feature CD + DVD followed in early 2008, which featured the At The Movies CD with two never-before-released bonus audio tracks, a newDVD and a track-by-track commentary.

Dave Koz Set To Perform On August 10th As Part Of The Paramount Jazz...

Dave Koz & Alex Bugnon To Perform At The NYCB Theater In Westbury, NY...

Dave Koz - Greatest Hits Debuts at No. 1 on Charts

DAVE KOZ & FRIENDS!...One night at The Greek in Los Angeles in July 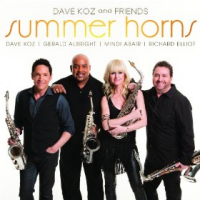 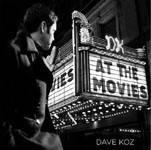 All About Jazz musician pages are maintained by musicians, publicists and trusted members like you. Interested? Tell us why you would like to improve the Euge Groove musician page.