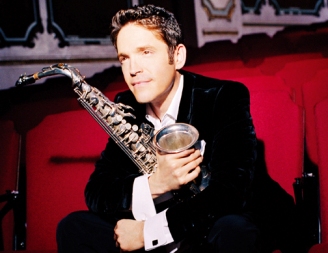 slideshow
"BeBe and I have been friends for 20 years, but this is the first time we've toured together and I'm so excited," says Koz. “We've unofficially dubbed it 'The Brothers From Another Mother' tour because superficially we couldn't be more different, but we actually have so much in common." “I've said no for years to touring, but this time seems right because of what we bring together to the stage," said Winans, adding, “the love people will feel from the concerts is real, and hopefully the audience will take it home with them."

Hello Tomorrow (Concord Records), Koz's latest album, was nominated for a GRAMMY award for Best Pop Instrumental Album and was named Best Contemporary Jazz Album at the 2011 Soul Train Awards. Produced by Marcus Miller and John Burk, Hello Tomorrow debuted at No. 1 on both Billboard's Top Contemporary Jazz Albums chart and iTunes' Jazz Album chart. The New York Times hailed Hello Tomorrow as “an event record." Koz's latest video, “This Guy's In Love With You," recently won the grand prize in the Panasonic 'Shoot It. Share It' online video contest. Lensed by Graham Streeter, it makes a powerful statement in support of marriage equality and features a sly cameo by trumpeter Herb Alpert, whose 1968 version of the Burt Bacharach!Hal David song was a No. 1 hit

Bebe Winans is a six-time GRAMMY Award-winning singer, songwriter and producer who is best known as a member of the celebrated Winans gospel music family dynasty. He has achieved wide recognition both as a solo artist and as part of the hit-making duo BeBe & CeCe Winans (the first brother and sister duo to be awarded a prestigious Star on the Hollywood Walk of Fame. The legendary performer takes his artistic gifts to the next level this June with the forthcoming release of America America, a collection of patriotic songs, which he describes as “a celebration of the heritage and history that we all share."