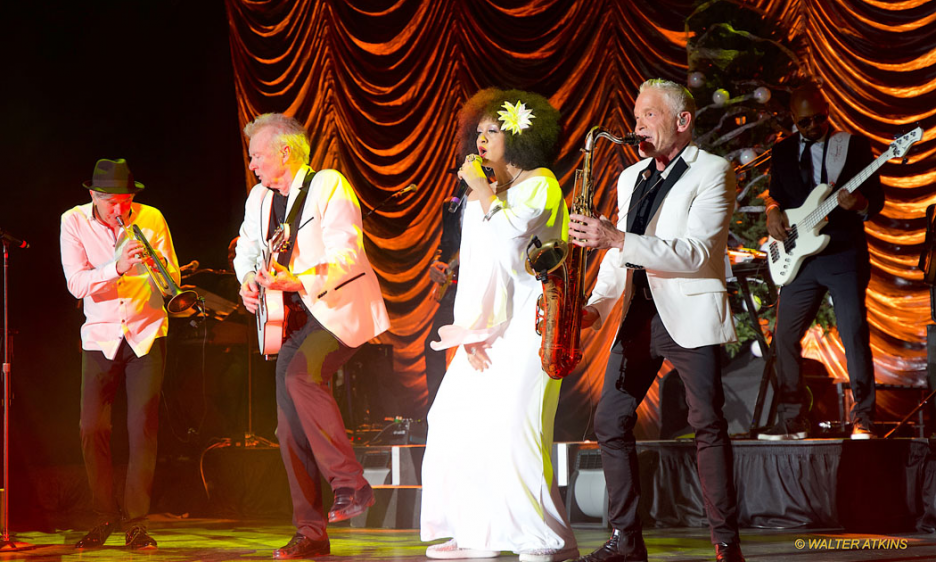 By Walter Atkins
January 21, 2023
Sign in to view read count

Dave Koz and Friends... provided a fun and romantic treat of family celebration and sharing the genuine spirit of the holidays.

The show opened with Koz's resounding version of "Winter Wonderland" that garnered big applause. He said the Civic was one of his favorite spots. The effervescent Koz went into "Have A Merry Christmas" with Braun coming out for a duet, followed by White's introduction. Matsui's tasty piano lead on the Richard Rodgers and Oscar Hammerstein tune "My Favorite Things" earned vigorous crowd appreciation. "Let it Snow" included an entertaining Braun solo. Vocalist Jade's engaging arraignment of Irving Berlin's "I've Got My Love To Keep Me Warm" gave many couples a reason to snuggle throughout the song and into the evening. The nimble Koz presented the holiday standard "The Christmas Song," made famous by Nat King Cole. Mariah Carey's enticing holiday hit "All I Want For Christmas" touched all the seasonal high points. Koz dedicated the upbeat "Boogie Woogie Bugle Boy" to America's service men and women. This Andrew Sisters track, along with the previous songs, showcased Jade's vocal dexterity alongside the musicians' strengths and sense of enjoyment. On "Santa Claus Is Comin' To Town," audience participation was happily encouraged. During Willlams' serious drum solo, host Koz offered enthusiastic support for his time keeper. Jacobs and Kearney both had ample time to stretch out under an approving Koz's gaze, During the performance, he thanked his fans for "Making us a part of your holiday season," and also mentioned that the band members all had new albums.

Koz's "Wrapped Up In Your Smile" was also directed to couples. Braun came out to start "The Little Drummer Boy" and was joined by White, Koz and Matsui. White shared a story about a little Austrian village in 1818 with a busted organ, and only an acoustic guitar to accompany the choir that was the source of "Silent Night." Matsui accompanied White on piano for this number. On "What Child Is This," vocalist Jade sung and played bass with vivacity. Koz eagerly discussed resumption of his jazz cruises and the silent auction that evening for Starlight, a local group making donations to Santa Clara Pediatrics. Matusi gave holiday greetings in Japanese and English and said that she enjoyed sharing the stage with Koz in San Jose. Jade proudly stated she was a Cal Berkeley graduate punctuated with a hearty "Go Bears!" White, whose mom was from France, said "Merry Christmas" in French. Braun, whose wife was German, gave greetings with a heavy German accent. They did a unique "Happy Christmas/Imagine" combining John Lennon songs. Koz asked if people celebrated Hanukkah then performed the Adam Sandler song "Happy Hanukkah" with White.

Jade performed a song from her new album which blended the James Bond theme and Bob Marley's "Get Up Stand Up." Koz did one of his classics before the finale joined by Matsui with keyboards. Koz endorsed observing Hanukkah, adding that whatever you're celebrating this year, including Kwanzaa, it should be with generosity of spirit.

For his appropriate encore, Koz selected Louis Armstrong's timeless "What A Wonderful World." Braun opened while Koz and Jade shared vocals with the entire group playing on the uplifting composition. The entire venue was standing and savoring the moment. The 25th Anniversary edition of the Dave Koz and Friends Christmas tour provided a fun and romantic treat of family celebration and sharing the genuine spirit of the holidays.