Bill Easley has had a diversified career, as a professional musician, spanning more than forty -five years. Bill represents the fourth generation of a family dedicated to music.

In addition to his extensive discography as a sideman, he also has four recordings as a leader; Wind Inventions, First Call, Easley Said and Business Man's Bounce His arsenal of woodwind instruments includes; Tenor, Alto and Soprano Saxophones, Clarinet, and Bass Clarinet, Flute, Alto Flute and piccolo.

Bill Easley started playing professionally in 1959 with his parents at the age of thirteen. The Bob Easley Combo played country clubs, dances, and night clubs in and around his hometown of Olean, N.Y. This early experience gave him the foundation on which to build a long and rewarding career.

He moved to New York City in Sept. of 1964. He was a part time student at the Julliard School of Music while getting his feet wet in the uptown Jazz Scene. The U.S. Draft Board had other plans and Bill did his military service with the 9th Army Band in Fairbanks Alaska.

Easley joined The George Benson Quartet in Jan. of 1968 and traveled with the great guitarist for the remainder of the decade. This band worked in such legendary jazz spots as Minton's Playhouse in N.Y., The Plugged Nickel in Chicago, The Jazz Workshop in Boston, and The Hurricane in Pittsburgh.

After a brief residence in Pittsburgh, Pa., Easley followed his instincts to Memphis, Tenn. In Memphis he did a variety of things including: performing and recording with Isaac Hayes, other studio work, big bands, show bands, and jazz clubs. He also continued his formal education at Memphis State University. It was in the mid 1970s that Easley first toured with the Duke Ellington Orch. under the direction of Mercer Ellington. In January of 1980 Bill moved back to N.Y.C., with the promise of a job on Broadway.

His Broadway Credits include; Sophisticated Ladies, The Wiz, Black and Blue, Jelly’s Last Jam, Swingin' On A Star, Play On, Fosse, and most recently, The Wild Party.

The last ten years have been spent doing a combination of all the fore mentioned activities; working on Broadway, recording, touring, teaching, and playing with the finest musicians in the world. Show less 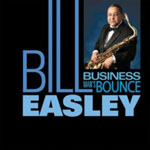 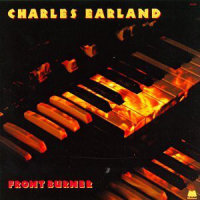 I Love The Life I Live

From: Bluesville
By Bill Easley

All About Jazz musician pages are maintained by musicians, publicists and trusted members like you. Interested? Tell us why you would like to improve the Bill Easley musician page.