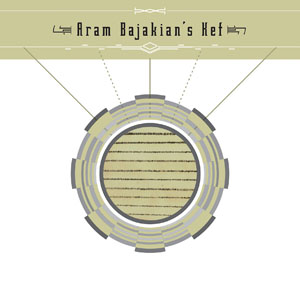 Itself born out of traditional music, jazz has over the last hundred years often enriched itself with folk infusions. In the 1930s, the Gypsy jazz of guitarist Django Reinhardt enlivened the European scene. Contemporaneously, the country swing of bands such as Bob Willis & The Texas Playboys was doing the same thing in the southwestern US. Skip forward a few decades, and guitarist Bill Frisell was creating a strand of new Americana with his blend of jazz and country; while saxophonist John Surman was doing something similar with English folk music. In the 2000s, West African and Maghrebi styles were widely borrowed by jazz musicians in Europe and the US; and some Scandinavian and, in particular, Norwegian, jazz has become so steeped in local folk music that an entirely new hybrid may be evolving.

There are many more examples, and the process is ongoing. Brooklyn-based guitarist Aram Bajakian, whose heritage is Armenian—the culture with which this album engages—is a welcome arrival in the lists. His playing experiences are manifold: he has performed and/or recorded with reed player Yusef Lateef, bassist Jamaaladeen Tacuma, drummer Billy Martin, guitarists Marc Ribot and Abdoulaye Diabate, and trumpeter Hugh Masekela, among a rainbow of others. In summer 2011, he is touring Europe as part of singer/guitarist Lou Reed's band. Hear the roots-informed, avant-rock and jazz guitar work on Aram Bajakian's Kef, and you'll know why Reed hired him.

With Kef, Bajakian is exploring his Armenian musical heritage through its US offshoot, kef—a style developed by the Armenian Diaspora following the exodus triggered by the genocide waged by Turkey in 1915-16. Since its inception, kef has mixed together Armenian and western styles and instruments, in much the same way that Diaspora-klezmer has fused Jewish and non-Jewish traditions; in the 1940s, the Vosbikian Band went as far as stirring Armenian music into big band swing. 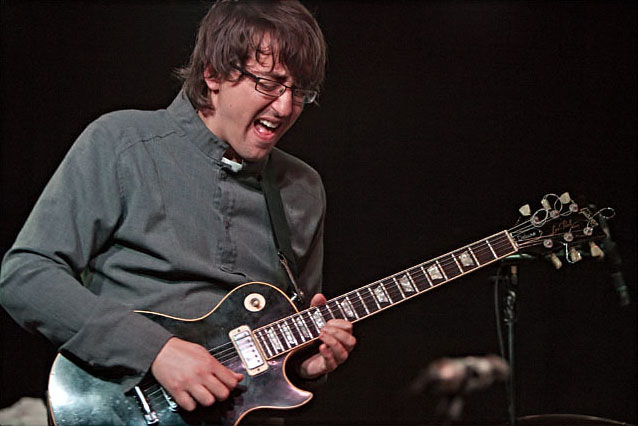 Armenian traditional music shares some harmonic and rhythmic characteristics with that of Georgia, its northern neighbor, and Greece, from which it is separated by Turkey. The synergies may come, in part, from the three countries' shared Christian heritage, on the borders of Muslim culture. But there are Turkish resonances too, along with ones from Iran, on Armenia's southern border. Melting pots pretty much began in the confluence of the Balkans, the Caucasus and the Levant.

Aram Bajakian's Kef is released as part of Tzadik's Spotlight Series, and sets Bajakian alongside violinist Tom Swafford violin and Tzadik veteran, acoustic bassist Shanir Ezra Blumenkranz. The album rocks hard with visceral rhythms, gritty guitar work and gutsy violin. On "Sepastia" and "Raki," Bajakian—who names Led Zeppelin's Jimmy Page as a formative influence—gets as wild and dirty as you like, elsewhere reining back the attack to a looser, swamp-rock vibe. On "Hayastan" he brings a little Duane Eddy to the party, while "Wroclaw" gives a nod to Blumenkranz's part-Polish heritage. Bajakian shares the themes, and most of the solos, with Swafford, who, whether in bowed or pizzicato mode, meets him groove for groove. Blumenkranz's serpentine ostinatos add another level of interest, as do the consistently attractive melodies.

The dozen tunes are either written by Bajakian or arranged by him from traditional material. It is an exciting mélange, which preserves kef's roots in providing music for dance, and broadens its stylistic parameters. It is no surprise that Kef has found a sympathetic ear at saxophonist John Zorn's label, which has been taking klezmer, and other musics, into uncharted territory since the mid 1990s.

Touch this pot with caution, lest you melt your fingers.