Above all else, Billy Martin believes in the power of unguarded expression to capture glimpses of the truth – sometimes only fleetingly, sometimes for extended, intoxicating stretches. He pursues the ecstatic and the insightful from a variety of vantage points: as a drummer and percussionist, as a composer, as a filmmaker, sculptor, visual artist, and even as a carpenter. To varying degrees, each endeavor is marked by Martin’s dearly held belief that unfettered improvisation and an honest commitment to the moment at hand can bring about new levels of understanding, new perspectives, new sonic textures, and a more profound emotional impact. “In any circumstance, any medium,” he reflects, “you need to be sincere with yourself and with your audience. This is who you are, and you’ve got to be trying as hard as you can to create something for the situation that’s new and fresh. There are going to be some mistakes, it may not be perfect, but you’ve got to be willing to take that chance at any given moment.”

While Billy Martin’s own creative journey has had innumerable forks and bends, he is best known to music enthusiasts as one-third of the indescribable Medeski Martin & Wood. About to enter their twentieth year as a performing and recording aggregation, Medeski Martin & Wood are an entirely unique instrumental ensemble, able to apply principles from a staggering range of traditions (from free and modern jazz to classic R&B and well beyond) while remaining eminently relatable, even accessible. Via fifteen albums, tireless touring (performing everywhere from jazz clubs to jamband festivals), and collaborations with the likes of John Scofield and John Zorn, the trio have united audiences from disparate corners of the musical universe who react with equal awe and enthusiasm to the band’s infectious grooves and undiminished exploratory zeal.

Few if any major acts are able to simultaneously function so successfully – both artistically and commercially – as both a laboratory as Medeski Martin & Wood have, and their work exemplifies many of Martin’s ideals and principles as an improvising composer/performer. Forever refining and rediscovering his own signature sound, Martin vividly explores these notions of creative identity, of surrendering to the moment, of developing one’s own artistic voice, in Life on Drums, his feature-length directorial debut, which will be released on DVD by Vongole Films on October 8th, 2010. Sumptuously filmed in a disused New Jersey radio station, the informative yet atmospheric Life on Drums combines conversations with solo and group performances (some improvised, some composed) to create an engrossing portrait of Martin’s evolving musical aesthetic.

“Life on Drums is my reaction to all the bad instructional videos I’ve seen,” Martin elaborates. “Much of what’s out there tends to put a lot of focus on technique, but most creative things don’t come from technique. I want the viewer to see this and come away with the idea that they can be an artist – you don’t need this full spectrum of technique before you can start thinking creatively.” Accompanying Martin on this voyage is Allen Herman, Martin’s first drum teacher. The two converse about matters both practical and artistic, and it is their easy yet insightful rapport that helps to illuminate even the most elusive ideas. “It’s this strange kind of karma, this nurturing feeling I get from him,” Martin continues. “We first met in 1974, when he was my teacher. He has been in and out of my life a few times since then. He even stopped playing drums for a while. But now he’s turned it around, saying I am the one who is nurturing him. He is ecstatic to be back in the drumming world…”

When Martin first began studying with Herman, he was an energized, precocious teenager, residing in New Jersey – having relocated from Manhattan at age ten. His father, a classical violinist, photographer, and audiophile, ensured that Martin was surrounded by music for as long has he can remember. When recorded music wasn’t blasted from the ample sound system in the basement, the Martin home was alive with rehearsals and young Billy’s growing percussive prowess – initially sparked by the discovery of his older brother’s abandoned trap set. By high school, Martin’s musical obsessions began to flower: he was writing percussion cadences for the school marching band, performing with the student jazz ensemble, and had his first garage band – a power trio whose repertoire ranged from George Benson to Van Halen. He even subbed for Herman in the pit band of the Broadway show Bob Fosse’s Dancin’.

Billy Martin Billy Martin Upon graduation from high school, Martin bypassed full-time college, electing to make a go at being a professional musician in New York City. His arrival there in 1981 coincided with the emergence of a downtown music scene that dovetailed perfectly with Martin’s own sensibilities, holding equal reverence (or irreverence) for free improvisation, classic jazz, film music, and even the kitschiest of pop culture. Embracing every possible opportunity, Martin performed alongside such luminaries as John Scofield, Bob Moses, Bill Frissel, Cyro Baptista, Dave Liebman, Jerome Harris, and more. He went on his first tour as a member of Moses’s ensemble, and indulged his fascination with Brazilian rhythms by co-founding the group Batucada, who were a fixture on New York’s Brazilian scene for two years. After touring and recording with Chuck Mangione for two years (1987-1989), Martin reinvested himself in the downtown scene, participating in John Zorn’s Cobra improvisational game pieces and performing with John Lurie’s Lounge Lizards.

Medeski Martin & Wood first convened in 1991, embarking on their remarkable journey, which continues to this day. By then, Martin was a formidable musician, armed with a rich cultural understanding of rhythm and a vast, tastefully deployed technical vocabulary. Over the past ten years, he has begun to impart unique musical philosophy in instructional contexts ranging from master classes to private instruction to his book, Riddim: Claves of African Origin, released in 2006. “I think that teaching can be as creative as performing and composing,” he explains. “I believe strongly that creativity and individual style is important. I feel so strongly about that, and the only way to be active or push people in that direction is to offer my teaching. Hopefully that will have a little ripple effect on the next generation of musicians.”

When not performing with Medeski Martin & Wood, Martin continues to collaborate with other musicians in improvisational projects, many of which are documented on his own Amulet Records imprint, which he founded in 1995. He also records and performs solo – with results ranging from the exploratory to the downright funky, as heard on his triple-LP/CD breakbeat extravaganza illy B Eats – and has taken an increased interest in composing for both percussion and chamber ensembles. An album of Martin’s chamber works, Starlings, was released by John Zorn’s Tzadik label in 2006. “My way of composing is to write sketches out to musicians,” he explains, “and to then let them work in a way that allows them to improvise based on the limitations I have given. Even when I work with my students and my percussion ensembles, there is always a little room for them to interpret my compositions. It’s exciting to me because you never know exactly what’s going to happen – it’s more rewarding for me and for the listener.”

Parallel to his musical adventures, Martin is an accomplished visual artist, whose drawings have been featured on album covers and in gallery exhibitions. His burgeoning interest in filmmaking has resulted in several music videos and short subjects, with Life on Drums being his first feature-length project. “Making videos and films – the whole idea of images moving along in a time frame: that’s very musical and rhythmic,” he reflects. “Whether it’s music or films or my drawings, I take the same approach: I improvise. I do have conceptual ideas I try to realize, but I think the best stuff comes out of improvisation. It comes from the same place, the same creative part of myself in the moment.”

With so many outlets existing for his creative energies, Martin is always in the midst of multiple projects. Even now, as he is helping to formulate Medeski Martin & Wood’s upcoming 20th anniversary celebrations, he is working to bring to light recently-recorded chamber compositions for a bass clarinet quartet, a documentary of the making of Medeski Martin & Wood’s Shackman album from recently-recovered videotape footage, and a sculpture project that combines composition with visual arts via graphically notated scores welded to oversized metal canvases. “It’s all more complicated than ever,” Martin concludes, “because now I have two boys, who are going to turn seven and ten soon. Handling the family life and home life with my work and creative projects is a delicate balance – but I have a studio-slash-shed in my backyard that I can use to get away and still be home. Honestly, I try not to keep everything too separate: it’s all creative living, it’s all satisfying. It feels good with each little thing I accomplish. I just have to give myself the time to improvise, to experiment. Usually I find the meaning later, after I’ve created it.” Show less

Billy Martin & Wil Blades To Release "Shimmy" May 22 on The Royal...

Free Concerts with Campbell Brothers and Billy Martin in Philadelphia 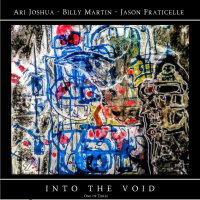 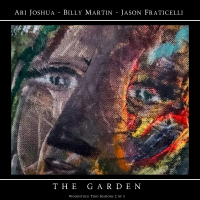 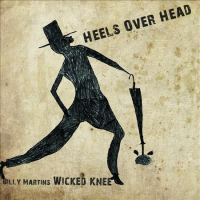 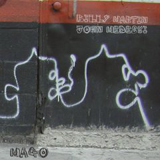 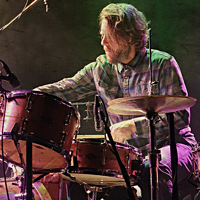 All About Jazz musician pages are maintained by musicians, publicists and trusted members like you. Interested? Tell us why you would like to improve the Billy Martin musician page.