Home » Jazz Articles » Billy Martin (aka Illy B) On The Nature Of Art And The Art Of Natu...

Billy Martin (also known as Illy B) is many things. He's a visual artist, a filmmaker, a teacher, a builder, a composer, a record producer... But if you know his name, chances are it's from his band Medeski, Martin and Wood, a project he's had for 30 years now along with bassist Chris Wood and keyboardist John Medeski.

Billy refers to his artistic approach as playful and he is committed to the idea of play and experimentation in art. He is also totally serious about what he does, he's a serious thinker, and he takes enormous care with what he does and how he does it. He might be playing, but he's not messing around.

A lifelong student, his path has been somewhat self directed. He spent his formative musical years taking lessons at The Drummers Collective in New York, where he came in contact with a group of musicians who would shape his music and his career, and got what he calls "the inside stuff." Notably, he refers to drummer and composer Bob Moses as one of his primary mentors.

He made a documentary film about 10 years ago with another one of his early teachers, Allen Herman. That movie, Life On Drums, is a series of discussions between Billy and Allen intercut with solo drum performances by both of them.

We spoke recently about how field recordings influenced him, the power of sincerity in music and in life, the importance of staying curious and being playful, what he calls the "world music view," how "when you're experimenting there is no such thing as perfection," the similarities between music and visual art, why Instagram is such a useful tool for self expression, working with John Scofield, and much more. 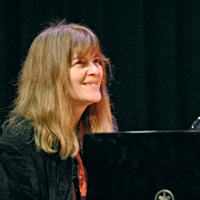