Advertise
12
Anatomy of a Standard 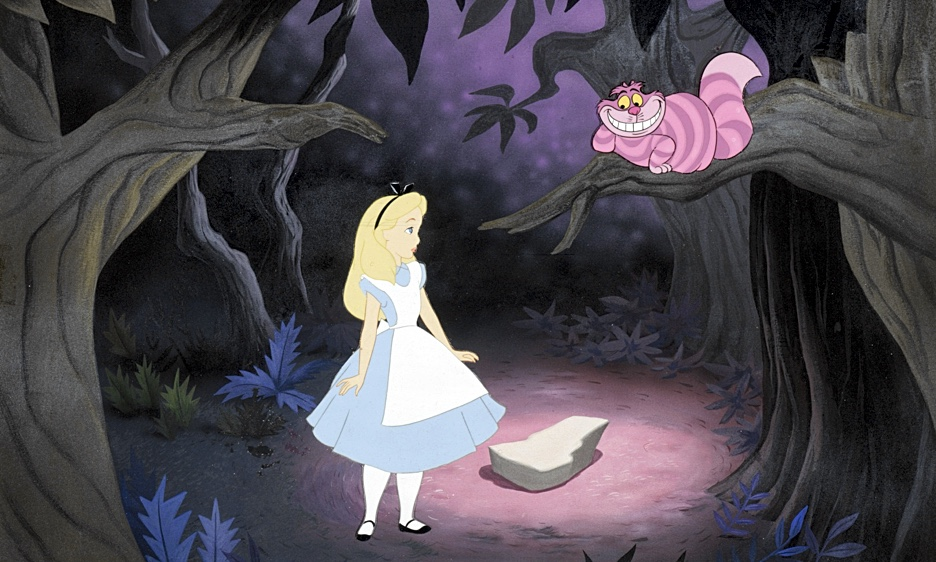 By Tish Oney
January 3, 2021
Sign in to view read count
Fain and Hilliard's "Alice in Wonderland" debuted in 1951 in a Disney feature film by the same name. Having been performed since then by Oscar Peterson, Bill Evans, Dave Brubeck, and many others, it has attained "jazz standard" status for good reason. The composition achieves a heightened value in the lovely marriage of music and lyrics that all of the best standards display.

As I was preparing to record my third album, Sweet Youth (BluJazz 2011), among five cover songs and eight originals I decided to post a new rendition of this charming song. Feeling inspired to compose a short introduction nodding to the famed fable by Lewis Carroll, I contacted Disney to ask permission to record the song with my additional music and lyrics at the beginning and end, essentially adding an extension to the already published song. To my delight, after hearing our recording of my arrangement (a duet with guitarist John Chiodini), Disney Music warmly granted permission for the recording to be released with additional writing/composition credits given to me as a collaborator with Fain and Hilliard. It is this expanded version that I present here, as the song now includes my short introduction and postscript ending for future cover artists to explore in their recordings and performances.

The song was originally introduced and is usually played as a jazz waltz (in ¾ time). This uplifting feel gives the impression of a spirited dance or an energetic romp through the changes. The waltz traditionally creates a lighthearted mood due to the inherent suggestion of "down-up-up" accents in its brisk beat pattern. The combination of a medium-to-fast tempo and this literally uplifting rhythmic feel consistently suggests a happy, carefree attitude so apropos for a song about a classic children's tale.

Like Harold Arlen's famously difficult-to-sing "Over the Rainbow," the original "Alice in Wonderland" begins melodically with an ascending octave leap. In this piece the octave initiates from the fifth scale degree low in the singer's range to an octave above before descending stepwise to the mediant and then arpeggiating downward to the starting dominant pitch. A stepwise passage ensues, ascending and descending from the supertonic to the subdominant, and noodling around those home notes before repeating the descending, arpeggiated passage introduced in the opening phrase. In the third phrase, "Over the hill or under land..." the stepwise noodling returns to lead into an inverted arpeggiation of the opening arpeggios, a first-inversion tonic triad in this case. The melody descends down a third from that phrase apex to a gentle descending scale that returns by the leap of an ascending fourth to the fifth scale degree in preparation for the second A section. Fain demonstrates classic wordpainting via his gently sloping, ascending and descending, stepwise melodic contours when setting the text "over the hill or under land or just behind the tree." Also, when calling "Alice" the leaping octave fits the bill, and when posing questions, wider melodic intervals create an inquisitive lilt.

This AA'BA' form consists of four formal sections, sixteen bars each, with four-bar phrases within each lettered section. Each A' section is nearly identical to A with only a single-note variation: the last descending scale alights upon the tonic note instead of ascending back to the dominant. It thus finishes on a I chord instead of the common V which ended A. These are traditional conventions common both to Tin Pan Alley compositions prevalent in the Great American Songbook as well as in the classical compositions of Mozart and Haydn. The distinction here between A and A' is indeed so minute (one note!) that some theorists would categorize the form as AABA. My attention to detail maintains an AA'BA' form in a literal sense to reflect the precision of the single altered (final) melodic and harmonic tone.

My sixteen-bar introduction capitalizes on the stepwise melodic noodling found in the opening bars of Fain's music as well as the waltz feel of "down-up-up" since the first word begins on the second beat of measure two, a decidedly "up" moment in the phrase. "I was walking through a meadow very far away" is reminiscent of a gently meandering path amid rolling hills in its scalar down/up noodling melody. This scalar pattern continues along an ascending pathway at "when I came upon a White Rabbit" until the mention of a "Cheshire Cat" when an upward leap of a fourth may suggest the nimble nature of a feline that appears in the upper branches of trees at will... Following another scalar descent completed with an ascending fifth in the style and pattern given in Fain's melodic structure ("and a little girl at play"), my introduction finishes with a descending arpeggio on the tonic chord over a VI(#9#5) chord, subtly foreshadowing the I/vi relation that pervades the harmony. This arpeggio prepares to pose the first question ("I asked her:") indicated in Hilliard's lyrics. This intro, I believe, leads nicely into the song giving a bit of additional backstory that makes the tune easily accessible to audiences in the context of a jazz performance. In a jazz set list, this song appears among many other unrelated songs in which case the rest of the classic story is not presented as it would be if the song were part of a play, musical, or movie adaptation of the full Lewis Carroll story. While not absolutely necessary for the audience's enjoyment, my introduction has procured countless compliments from live audiences and fans of my expanded song about its offering of a pleasant and appropriate setting for the song that follows, paying homage to the literary work that inspired it.

"Alice in Wonderland" reflects a rather typical series of ii-V7-I patterns in its harmonic construction. Beginning with ii-V7-I and rapidly moving to IV, then ii7(b5)-V7-i of the major tonic key's relative minor (also thought of as ii7(b5)/vi—V7/vi—vi), Fain plays immediately with relative major/minor harmonic relationships, not committing to one or the other, but dividing his time between them. In the third phrase of the A section ("over the hill or under land") he repeats the ii-V7 relationship of the tonic key before resolving instead to iii7-vi7-ii7-V7-I. In the bridge, a traditional rendering of ii7-V7-I-vi7-ii7-V7-I appears. This then moves to IV which leads upward to ii7(b5)/iii -V7/iii—iii7, pivoting as the ii7/VI (or iii-VI-ii-VI-ii-V7 which ends the bridge harmony. This then leads directly back to ii7-V7-I in the original key. Even in the bridge there is no true modulation, but simply an emphasis on iii and VI as tonal centers within the same tonic key. This provides stability amid a jumping melodic line that alternates leaping by fifths with movement by steps and/or arpeggios. The consistency of intervallic language in this piece suggests a consistent approach to songwriting that maintains an awareness of balance between the music and lyrics.

Hilliard's lyrics set the stage for a series of questions posed to the protagonist in the fable, namely "How do you get to wonderland?" followed by guesses suggested by the singer. The bridge takes questions to a new level asking more philosophical inquiries like "Where do stars go?" and "Where is the silver crescent moon?" to which the singer again offers a possible guess, "They must be somewhere in the sunny afternoon..." Here the lyrics are supported by the string of ii-V7-I and ii7(b5)—V7—i harmonies that provide a stable foundation upon which thought-provoking lyrics can be delivered without the distraction of complex harmony. As with so many other enduring standards, complex lyrics are here balanced by simplified harmonic structure, and vice versa: when lyrics become straightforward and unchallenging to mine for meaning, harmony often gets more intricately challenging. This well-crafted song ends where it began, asking how to get to Alice's hideaway via a slightly different angle, "where is the path to Wonderland?" using the same A theme in the first three phrases, but modifying the final phrase to copy the last phrase of A' and to resolve the tune via a straightforward descending scale from V to I.

Fain and Hilliard's masterful song, "Alice in Wonderland" provides an excellent study of the ii7-V7-I and ii7(b5)-V7-i7 progression series along with the exploration of relative major and minor tonal centers. Although not for the beginning singer whose singing chops cannot accommodate an octave and a half range, the song is appropriate for the instrumentalist ready to explore those ii-V7-I progressions in both major and relative minor keys. As a singer's range becomes more skilled, introducing this song into one's repertoire for its lyrical and expressive value, improvisational potential over ubiquitous ii-V7-I progressions, and melodic beauty is highly recommended. Few songs in this canon offer the thought-provoking reward of an innocent fantasy from a child's perspective while providing straight-ahead chord progressions ideal for the beginning improviser as well as a vocally challenging melody. Fain and Hilliard scored big with this song, which unparalleled improvisers recorded and elevated to standard status. My introductory music and lyrics, as well as the melodically disjunct postscript music and lyrics, "Maybe through the looking-glass I'll see Wonderland..." hopefully provide this standard with added relevance to Lewis Carroll's timeless story about the adventures of a girl named Alice.