Advertise
13
Anatomy of a Standard 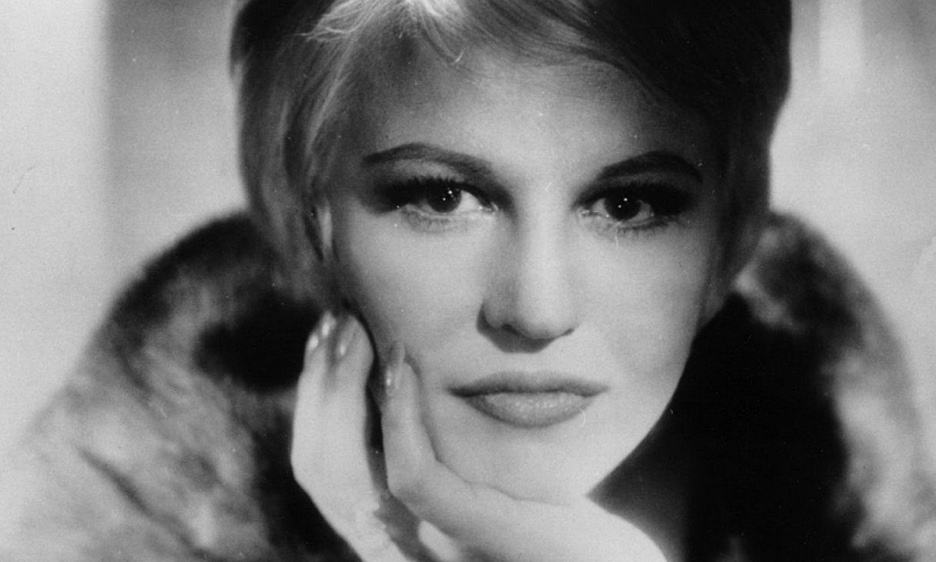 By Tish Oney
June 2, 2020
Sign in to view read count
The centennial year of another music icon has arrived. In celebrating the one hundredth birthdays of our musical forbears (as has become quite vogue in recent years), we pay special tribute to the catalogs of recordings, original works, and rich performances each has left as a legacy. This past week we celebrated the centennial birthday of American music pioneer Peggy Lee. As intricately detailed in my forthcoming book Peggy Lee: A Century of Song, Lee's prolific legacy included 1100 recorded masters, over 270 original songs, film scores, voiceover work, a Broadway show, radio and television shows, thirteen Grammy nominations, one Grammy win, a Grammy Lifetime Achievement Award and two Hall of Fame awards (for "Fever" and "Is That All There Is?") plus a host of pop hits, many which she co-wrote.

"I Don't Know Enough About You" represented an early collaboration between guitarist Dave Barbour and his young bride Peggy Lee. It was the first of many hit songs the songwriting team eventually penned. The song became a hit in 1946, peaking at number seven on the popular music charts. It is one of several outstanding recordings featured on a new compilation album just released last month to celebrate the artist's centennial, Ultimate Peggy Lee.

The melody of this tricky tune is deceivingly intricate, opening with a chromatic scale rocking back and forth among its pitches in a pattern of steadily climbing eighth notes as if to throw an insecure singer off the track before they have a chance to get into a groove. Hardest of all, the chromatically ascending melody begins on the #11—not even a chord tone! The second phrase of A begins with a leap upward (minor 6th) from the end of the last phrase, rocks downward by step, and jumps down a fourth, transposes the previous two-bar phrase's first bar down an octave (in m. 5) as if trying to get a love interest's attention from different perspectives...melodically both above and below..., coming back upward to the third scale degree before leaping down another sixth to the fifth scale degree which ascends a step and leaps by a third to the tonic for a brief cadential point. The melody quickly pays homage to the blues by emphasizing the flat third over the tonic chord a couple of times before landing on the second scale degree...which ends the first A section. The second A mimics the first until the last two bars where the melody walks nonchalantly up the major scale from the dominant to the mediant. It then jumps downward by thirds and back up to end on the tonic pitch.

At the bridge of the song, the melody becomes noticeably simpler, starting on the mediant and playing with the chromatic neighbors on either side. This pattern is repeated once before introducing a new melodic sub-phrase walking from scale degrees 1-3-4-5-4-3-1, resting on a whole note at bar 20. The second phrase of B (at m. 21) establishes a new tonal center around V7/V, and the melody clearly reinforces this new center by starting on that new tonicized pitch and leaping down and rocking between its sixth and fifth scale degrees before leaping upward to start the pattern again. The melody here is mostly stepwise or moving by thirds, simplifying the melody to create stability around the unstable harmonic shifts happening below. The final two-bar sub-phrase of the bridge (mm. 23-24) resembles the final two bars of its first four-bar phrase (mm. 19-20) in that the later sub-phrase has a similar contour one whole step down in the guise of a sequence, but not similar enough to be considered such. Barbour and Lee also play with rhythm throughout the piece in starting the A phrases with three chromatically challenging eighth note pickups, while firmly announcing the bridge with a lyrical phrase starting on beat one.

In contrast to the melodic complexity requiring utmost pitch accuracy to accurately perform the opening phrases, the harmony of this song remains simple. The harmonic rhythm stays at the level of a whole note for most of the A sections, changing at the downbeat of each measure in order to provide a solid foundation upon which a singer or instrumental melody player can lean. A ii-V7-I6 progression begins the piece, moving into V7/ii-ii-V7-I to bring the music back around to the tonic in a straightforward rendering of the circle of fourths. The pattern repeats for the second eight bars (since this is in AABA form), ending this time with a ii-V7-I cadential ending to provide closure before the bridge. The B section changes the harmonic rhythm to the level of two measures per chord, taking the listener through another circle of fourths—again starting on V7/vi (a dominant chord built the third scale degree of the original tonic, jumping through the circle of fourths) and moving every other bar to V7/ii, to V7/V (built on the second scale degree), and V7 to complete the eight-bar bridge. The final A section is identical harmonically and melodically to the second A, reiterating this strict AABA form.

In writing lyrics, Peggy Lee was not tied to a few stock systems of rhyme scheme or phrase structure. Her canon of original songs numbering over 270 exhibits a wide variety of both aspects of textual treatment. In this case Lee plays with rhyming in different places throughout the song. The word at the end of the first four-bar phrase rhymes with the word at the end of the next four-bar phrase ("you" and "do"). She also inserts an internal rhyme at "mine" and "line" between measures 5 and 6, adding to the textual interest. That more persistent pattern of rhyme continues in the opening phrase of the second A section between bars 9-10 ("news" and "shoes") and 13-14 ("spin" and "in), with the final words of phrases in bars 12 and 16 ending with the same word "you" (not technically a rhyme, but obviously sounding the same, so eliciting the same effect as if a rhyme were present).

At the bridge, Lee only rhymes the last words of each four-bar phrase ("shame" and "game"). The final A section assumes the same rhyme scheme as that of the second A section, using an internal rhyme in the first two bars ("school" and "fool") and, once again, uses the same word to end both phrases ("you"). The song includes an extended coda with a new melody having a rhyme scheme and phrase structure that reveal a diminution to two-bar phrases instead of the previous four. These novel features add a good deal of interest, during which the singer lists subjects she has studied in school, coming back to the conceding statement that, even with all that knowledge, she still knows too little about her love interest. She adds a spoken passage at the end (prior to her final sung statement of the titular text) in a manner of 1940s "Rap." Guitarist John Chiodini once called Peggy Lee the first Rap artist because of her tendency to insert spoken dialogue into her songs in this way.

While this song's theme may seem trite to the casual listener, it strikes me as being rather innovative in the sense that Lee finds a unique angle that had not been explored previously to describe a budding relationship. Here is a person interested in getting to know another person, and proceeds to list things she knows something about, always ending with the confession that she knows pitifully little about the one in whom she is so fascinated. Has he been evasive? Is he disinterested? She seems to describe having trouble communicating with her target audience: "I'm nobody's fool...that is to say, until I met you." This "jack-of-all-trades" can do a lot of things and knows a great deal, she brags, and yet is experiencing some roadblocks in trying to comprehend the object of her desire. Lee's prowess in finding roundabout ways to express what many lesser songwriters just say outright is a lesson in creative communication and evocative language.

"I Don't Know Enough About You" exhibits the balance I have described in earlier articles within this column in ways consistent with other gems of the Great American Songbook. Complexity of melody is balanced with simplicity of harmony in all A sections of the form. At the bridge the tables are turned; the harmony becomes less stable, circling amid briefly tonicized dominant chords while the melody eases in its difficulty. Varying rhyme schemes and an extended coda offer the song a tinge of unpredictability, mirroring the fact that the character singing cannot figure out the person to whom she sings. Lee and Barbour successfully marry the music to the lyrics in creating melodic and harmonic balance, unpredictability, and clever new ways to express sentiments that resonate universally.

The video accompanying this article came from a set of telescriptions (early music videos) Lee and Barbour made in 1950 in collaboration with producer Lou Snader. These were used as individual song clips appearing on early television as miniature short films featuring music stars, making Lee and Barbour among the very first artists to create music videos. More information about the nature and use of these telescriptions can be found in my book.

A Century of Song

With the centennial year of Peggy Lee just beginning, I am thrilled to unveil this new book, Peggy Lee: A Century of Song (Rowman & Littlefield), an in-depth examination of Lee's musical legacy, vocal development, and artistic contributions in music, film, radio and television. She became the longest-running female artist with consecutive contracts at Capitol Records spanning 23 years (not including five fabulous years at Decca during which she recorded, among other masters, a top-10 jazz vocal album of all time—Black Coffee). Her prolific recording output, fourteen film collaborations, an Academy Award nomination for best supporting actress, a global performance tour schedule, and several radio/television shows throughout her six-decade performing/recording career proved that she was not hidebound by singing only pop music, but blazed trails in the blues, jazz, soft rock, Latin, symphonic, novelty, holiday, children's song, film scoring, and easy listening genres in addition to big band swing. Her initial collaboration with Dave Barbour on "I Don't Know Enough About You" served as a fitting introduction to Lee as a songwriter, effectively announcing to the world (as her first original hit) that, while they may not know her yet, they would come to know her very well over time.