14
Anatomy of a Standard 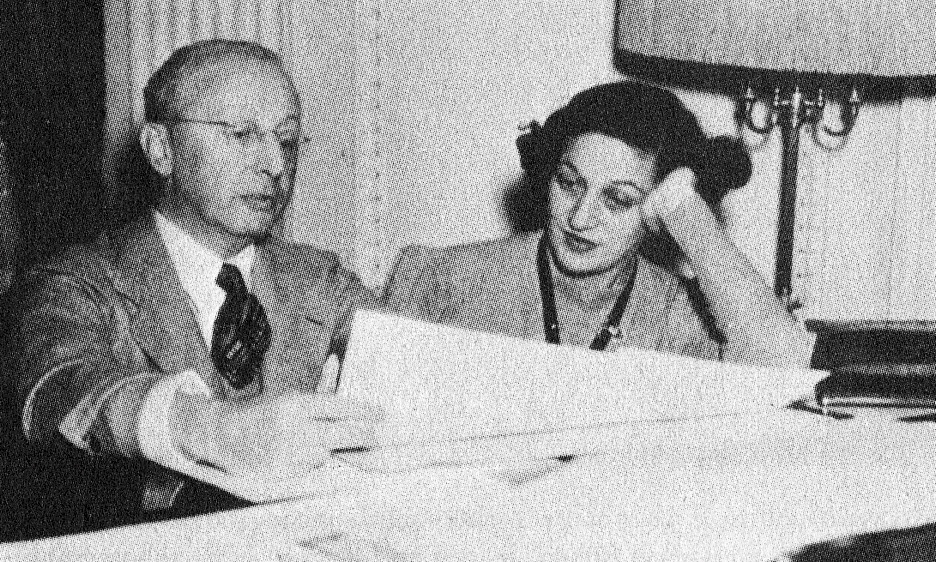 By Tish Oney
September 28, 2018
Sign in to view read count
In 1936 Jerome Kern (1885-1945) and Dorothy Fields (1904-1974) collaborated to create several songs for the movie musical, Swing Time, starring Ginger Rogers and Fred Astaire. "Pick Yourself Up" served the film as the centerpiece around which a dance lesson given by Ginger to Fred yielded a remarkable "transformation" from a clumsy suitor to a technically superb dance master. Kern and Fields joined energies as a successful songwriting team for many projects yielding standards including "The Way You Look Tonight," "A Fine Romance," and "On the Sunny Side of the Street." Both Kern and Fields contributed several hundred songs to the American theater, to film, and to the Great American Songbook.

"Pick Yourself Up" originally contained an opening verse, a 32-bar AA'BA chorus and a third contrasting section as shown in the video example provided. The 32-bar chorus functioned as the core of the song. This was the segment of the original that has been most commonly performed and preserved over time—the chorus alone became a standard in the Great American Songbook. Part of the reason the first and third sections were often omitted hailed from the song's original context being imbedded in a film's plot. Outside of the film, the first and third portions of the song rendered the entire work to be less transferable to alternate performance situations, whereas the 32-bar chorus was easily extracted and usable for a wide variety of performance situations like jazz concerts, recitals, and other performances. Given this reality, this article will discuss only the chorus that is widely accepted as a standard.

Opening this cheerful melody on the fourth scale degree gives us the first clue as to the relationship of the music to its corresponding text. Rather than beginning with a tonic chord, Kern starts out of the gate on a ii chord as part of a ii-V7-I progression. This may not be so unusual, but it sets up the listener for a rapid journey through many major key centers over 32 bars—so rapid that the original tonic does not even get established until the third measure, and then only for two beats before the harmonic direction changes. The harmony follows a circle of fifths through measure 4, after which a mutation occurs to transform the V7 of m. 4 to a minor ii of m. 5, leading the listener back to the original tonic through a ii-V7-I cadential progression at mm. 7-8. The melody follows a stepwise arc in m. 1. Then an ascending leap of a third is repeated in descending sequence and step progression for the next three measures (at the sequential interval of one measure). At m. 5 Kern uses pitch and rhythmic repetition on a low fifth scale degree, leaping up a perfect fifth to an inverted stepwise melodic arc around the tonic pitch, unifying the first and last measures of this 8-bar section of the AA'BA form.

Section A' is unusual for the genre in that it constitutes an exact melodic and harmonic transposition of A (at the interval of a major second), keeping the rhythm exactly the same. At the bridge (B) both the melody and the harmony change. The harmony climbs up another semitone (which now makes the tonal center a minor third higher than tonic) and establishes the new harmonic center over mm. 17-20 with a I-I-V7-I progression to firmly fix the transposition. The melody reinforces this change with pitches selected to outline the new tonic chord (using scale degrees 1, 3, and 5 exclusively) along with its cadential V7(#9) chord in m. 19. The melody then initiates a new, accelerated shift of tonality by climbing a semitone at m. 21, and the harmony there leaps an easy third to a tonicized V of the original tonic which leads to a ii-V7 in that tonicized V tonal center. Tonality then shifts back to the original tonic via a minor mutation of the tonicized V7. Throughout this transitional bridge, the melody serves the harmony by outlining triads of the transitory key centers, keeping every keen listener completely informed about rapid key changes. At m. 23, Kern interestingly spells a broken V chord with the melodic tones, even though the harmony in that measure is the ii chord leading to that V. This foreshadowing of V within the preceding ii chord propels the music effectively and with great energy toward the final A section. The last A is harmonically and melodically identical to the first A theme.

Dorothy Fields created an exuberantly optimistic text for this song. It remains one of the most encouraging songs ever written for dealing with disappointment and failure. Her words reflect the music in that they never sit and ruminate for long, but constantly engage in the act of getting up and moving forward. When the lyrics point to disappointment, the melody drops to the bottom of the song's range where it stays for two and a half measures, as though to illustrate that a person has fallen in some literal or proverbial way. Almost immediately after the lyrics deliver advice about what to do when feeling low, the harmony rises as though to coax the listener to get up and move forward toward change and healing. The harmonic changes do not even repeat after the first eight bars as would be typical of a song from this era. Instead, the A theme innovatively appears up an entire step (as A') while Kern and Fields essentially lift the fallen out of his despair and into a brighter, more hopeful place. The continuously climbing harmony presses on through the bridge where two more ascending tonal centers are established before mutation brings the song back around to the original tonic, effectively reflecting the final words of each A, "start all over again." The song lyrics not only advise listeners to rise and begin again when the going gets tough, but that the journey to adulthood involves hard work, failure, and perseverance.

Fields utilizes a rhyme scheme that matches the final words at two measure intervals during the first four bars of each A section. However, since the message of the song is so important and strong, no rhyme scheme at all is used throughout the last 4 bars of each A, but the same non-rhyming lyrics are presented each time. During the bridge, Fields alters the previous scheme by rhyming m. 18 with m. 22 ("inspired" and "tired") and m. 20 with m. 24 ("won" and "son"), thus rhyming sub-phrases at four measure intervals instead of the original two. While rather simplistic, this scheme remains quite effective for a song such as this with a powerful message.

Jerome Kern and Dorothy Fields succeeded in creating an enduring song that championed the underdog, encouraged the defeated, and lifted up the discouraged. When examining the relationship between the words and the music in this example, one sees quickly how effectively music can drive a message home. Kern's creation of a happy melody that traverses a series of major keys (even while the lyrics describe the unfortunate times common to all human beings) serves as an insistent conscience or guardian angel preventing the listener from brooding upon his disappointments. Through rapidly changing tonal centers that modulate in an upward direction over the course of three fourths of the piece, one cannot miss the upward lift that the composer and lyricist provided for the listener. Also, by abandoning rhyme scheme entirely when thrice delivering the hook ("pick yourself up, dust yourself off, start all over again"), the power of that unornamented message comes through loudly and clearly. I, for one, am grateful that this song has been in my performance book for several decades. It is truly a source of practical advice and a timely reminder that perseverance through failure and disappointment will win the day.