Advertise
15
Anatomy of a Standard 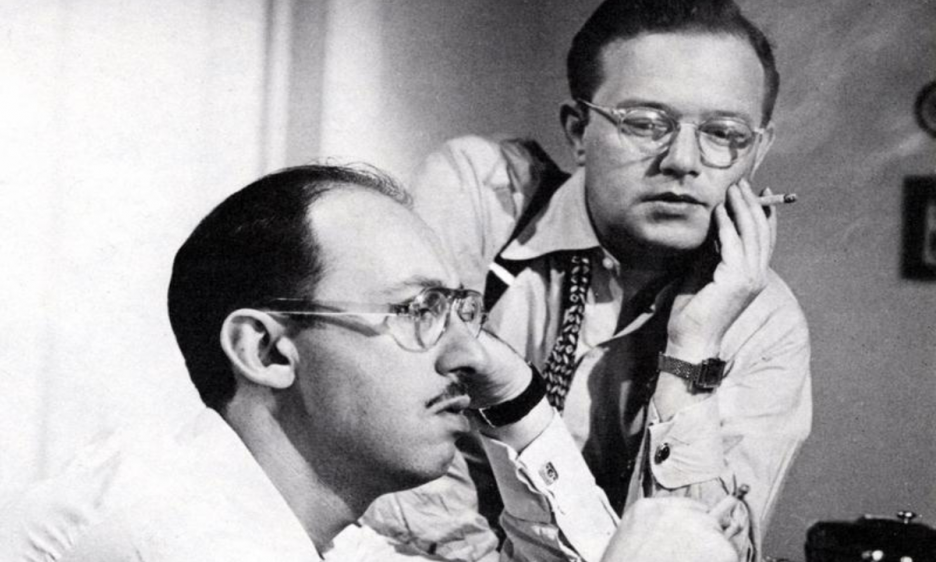 By Tish Oney
July 3, 2019
Sign in to view read count
In 1946 Jule Styne (1905-1994) and Sammy Cahn (1913-1993) collaborated to write a song for Frank Sinatra for the film It Happened In Brooklyn. Sarah Vaughan was the first artist to record the new gem that same year, backed by the Teddy Wilson Quartet. In 1957 Sinatra finally recorded it with the Nelson Riddle Orchestra. The song's timeless theme of looking backward over a life of faithful, monogamous love has resonated with fans ever since the song's debut.

Jule Styne's melody assumes an often disjunct, leaping motion amid stepwise connecting points. The rising and falling arcs of this melody mirror the ebb and flow of life over time. Ups and downs of the human existence are beautifully rendered as the melody assumes a sine wave shape which begins at the midpoint (the third scale degree), descends to tonic, settles there after a blip upward to the supertonic, climbs upward to the sixth and descends again solidly to the tonic, then climbs again, this time to the seventh before descending toward tonic and leveling at the second scale degree. This unstable plateau at the end of eight bars propels the harmony forward into a new tonal center established upon the relative minor key. This new eight-bar theme beginning at m. 9 (also known as B in formal analysis) portrays a completely different melodic line as evidence to the song's ABA'C form where A represents the initial eight-bar theme, B is a contrasting melodic theme, A' is a slightly modified version of A, and C is a more modified version of A, up an octave with an ending that contains a V-I cadence to close out the tune. The gradually increasing heights reached by the melody line (scale degrees three, six, seven, eight, and eventually, ten) mirror the steadily increasing energy that builds toward the climax, C. Here the theme is presented in all its grandeur a full octave higher than it originally appeared, matching the intensity of the singer's expression of gratitude toward his/her longstanding love interest.

The A section sets the first rhyme to occur between the sustained word held in measure 2 with its counterpart in m. 4. That is where the pattern ends, however—the next rhyme occurs between the last word of m. 7 and a word an entire eight-bar phrase later in m. 15. Interestingly, an internal rhyme (within those two rhyming words) occurs between "be" in m. 10 and "see" in m. 12, copying the rhyme scheme of A while evoking an entirely unrelated melody (B). The rhyme scheme of A returns in A' (even repeating the first word "know" in the same manner that "time" was repeated at the beginning of A). As if to drive the unmistakable message home, the lyrics of C are exactly the same as those of A, bringing the singer back around to his/her opening statement, and strengthening it via strict repetition of the text.

Having admired this piece for decades, I have lovingly performed it since the start of my singing career. My next performance of it, among other jazz songs, will be this very week as a guest artist with the U.S. Army Field Band Jazz Ambassadors and the Detroit Symphony Orchestra. The first note of the infrequently performed opening verse stands alone as one main reason this singer-author adores this song so much. The first pitch of the melody is the sharp eleven. Name any other standard in the Great American Songbook that starts on the sharp eleven! This quality alone draws my considerable admiration to the composition but also may help explain why so few singers perform the opening verse. In clarifying truth, the first melody note of the verse represents the seventh of the eventual tonic, but debuts as the sharp eleven of the first chord of the piece in my arrangement of the song. That first chord is a major chord built on the subdominant or fourth scale degree of the tonic key. The song traverses a meandering pathway through a circle of fifths before finally arriving at tonic for the first time. This is another reason the author feels the song deserves its standard status—it naturally follows a trail toward the tonic as surely as though depicting the narrator searching and wandering for a significant amount of time before finding the love of his/her life. Once that person was found, only thankfulness (and relative tonal stability in song symbolism) ensued. At "If you could hear..." the music moves to tonicize the submediant or sixth scale degree of the tonic key (relative minor), so the harmony has moved up a major third from the opening subdominant toward its final resting place (tonic). The bass moves downward in conjunct (stepwise) motion before jumping through the circle of fifths again to find the dominant chord which ends the introductory verse. This chord creates a perfect authentic cadence at the start of the main 32 bars of the song, and the stability of the tonal center is reiterated over and over again (time after time) by the melody landing squarely on the tonic pitch as if one never wishes to leave the safety of home and heart again.

The core song (which begins after the introductory verse) bears a rather simplistic harmonic structure, relying primarily on the stock I-vi- ii-V7 progression at the beginning of each A section. At m. 7 the harmony shifts to a iim7(b5) (of vi) chord, signaling the imminent arrival of the relative minor key (which shares the major key signature but is built upon the sixth scale degree). This departure from the original tonic leads through the B section (mm. 9-15) through more circle-jumping which adds aural interest and brings the listener back to tonic eventually. At A' the harmony remains very close to that of A but ends with a mutational transformation of IV (from major to minor). In the final C, the harmony moves both stepwise and by leaps of fourths to arrive securely back to tonic without much fluff or complexity.

In presenting this song with fairly straightforward harmonic motion, Jule Styne provided a secure foundation upon which Sammy Cahn placed a text describing a joyful testimony of gratitude toward a long-faithful lover. In this way, the harmony paralleled the textual reflection on faithfulness: reliable, sure, and steady. It also provided contrast and balance against the melodic leaps that displayed disjunct motion, which could be thought of as mirroring the ups, downs and unpredictable vicissitudes of life. Taking the symbolism further, when life (metaphorically applicable to a disjunct melody in this case) brought its onslaught of difficulties and changes over time, the ideal of faithful love (harmony) remained calm and stable. In layering the elements as they did, Styne and Cahn created a lovely piece of music that has stood the test of time partly because they understood the importance of balancing complexity with simplicity in any form of art.

This type of musical/textual analysis goes a long way toward helping young musicians relate to and appreciate the Great American Songbook standards, or any music they perform. Whether or not Styne and Cahn intended to create specific connections between words and music is beside the point— we artists must find our own connections that help the music resonate for us personally. Some songs exhibit very clear symbolism and wordpainting, while others cause the search for text-music connections to be more elusive. For a music educator, every effort put forth in helping these songs resonate in the heart of a young musician seems worthwhile. A musician who enjoys the dive into their repertoire to search for text-music connections or hidden meanings will be that much more equipped to eloquently express the music and text to audiences in new ways, and will successfully mine more of the treasure these songs possess.