Vocalist Cheryl Richards moved to New York City in 2000 and has been singing jazz and improvised music since 2002. She studied with the great jazz pianist and improviser Connie Crothers for more than 15 years.

In the last several years, she has performed at venues throughout New York including the 55 Bar, the Stone, Greenwich Music House, Why Not Jazz Room, Cornelia Street Café, and Zeb’s in Manhattan as well as iBeam, Roulette, Galapagos Art Space, The Drawing Room, Mirror Teahouse, and Cafe Orwell in Brooklyn.

Her newest CD, If Not For You - featuring guitarist Adam Caine and alto saxophonist Nick Lyons - was released on New Artists Records.

Cheryl began singing at age 11 when she joined the award-winning Seattle Girls’ Choir. With the choir she toured Europe, the United States, and Canada and participated in numerous choral festivals and competitions. She earned her BFA in music from Cornish College of the Arts and for many years, she primarily sang classical music. She is a co-founder of a Renaissance Vocal Quartet, Oriana, which performed at venues throughout the Pacific Northwest, recorded a CD of madrigals and Renaissance songs, and regularly participated in festivals including Bumbershoot and the Folklife Festival. She co-created and performed original music for a number of choreographers and dance companies, including Jeff Bickford Dance, and performed regularly at venues including On the Boards, the New City Theater, the Nippon Kan Theatre, and the Broadway Performance Hall in Seattle

. She is a co-founder of the band Lionfish, which recorded a CD of original music and performed regularly throughout the Seattle area. She has also sung with Jay Clayton's New York-based Vocal Ensemble, Different Voices. Show less

Jazz Vocalist Vocalist Jazz Standards Free improvisation Jazz Singer Cheryl Richards New York City
“She is fearless and concentrated, concise and loose, with a bell-like clarity and dream-perfect intonation… Her demonstration of standard intonation clears the way for free-ranging melodic explorations, bending, shading, so that you know when she chooses notes not found on the piano she’s doing it on purpose. And her restructuring of the melodies sets you down, the effect being that the lyrics tell another different story than the one you’ve become familiar with.” 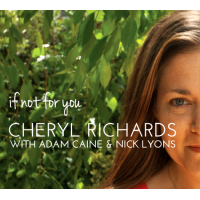 If Not For You 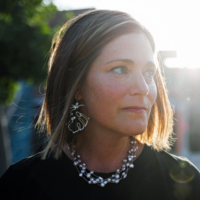 All About Jazz musician pages are maintained by musicians, publicists and trusted members like you. Interested? Tell us why you would like to improve the Cheryl Richards musician page.