By NENAD GEORGIEVSKI
February 3, 2019
Sign in to view read count 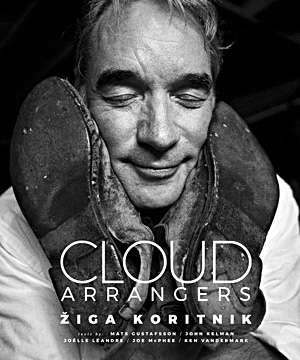 Most of the music we experience today is heard removed from the presence of the performers. That is the result of the invention of the phonograph and every other invention to date following in its footsteps. The invention of this apparatus has had the same effect as the printing press had on literature i.e., it allowed numerous people who otherwise wouldn't have any or little access, to have access to music and make it a crucial part of their everyday lives. But the inventions like the radio or the phonogram have had the effect of removing the performer from the music thus depriving the music of its visual elements that are so vital to how we perceive the music. The photograph has always had that power to capture the magic of music performance and provide a visual identity for the music that people loved to hear. For those reasons, it has been an inexplicable part of the jazz culture as long as this music exists. And on top of that, a good photograph has to tell its story musically as visually.

Renowned photographer Ziga Koritnik is one of those people whose photographs of jazz artists have an instant impact upon the viewer and which are able to tell the story both ways. His photographs can easily be described in the same manner as photographer William Claxton has defined his photography as "jazz for the eyes" where one has to listen with his eyes as well. And after years of excellent work, he has compiled many of his fantastic photographs in this beautifully crafted large coffee table book titled as Cloud Arrangers that represents a retrospective of Koritnik's entire career to date.

Designed by Marek Wajda, Cloud Arrangers is an exquisite and lavish collection of 278 of Koritnik's photographs that were taken in a period of more than 3 decades at various locations in Europe and North America apart from concerts and jazz festivals. Primarily a black and white shooter, Koritnik's images are striking. What is characteristic for Koritnik is his ability to predict the moment before it happens. He is a hunter for those special moments that happen on the stage, the spark and the magic that makes performances and people so memorable. This exceptional volume is a who's who of jazz's wider spectrum that have crossed paths with him. Unsurprisingly broad, the book starts with his first photograph taken of Miles Davis during his performance in Belgrade in 1986 (that also adorns the cover of the Slovenian edition of Miles' Autobiography) and then features a plethora of live performances, portraits, backstage moments, post-performance moments, people's living rooms, outtakes, unseen photographs. But his choice of artists equally belongs to the wider spectrum of jazz and improvised avant music and beyond with artists such as Roscoe Mitchell, Anthony Braxton, Cecil Taylor, Evan Parker, Matthew Shipp, Mats Gustafsson, Bill Frisell, John McLaughlin (to name but only a few) and also includes photographs of world music artists such as singer Mariza, kora player Toumani Diabate, singer Baaba Mal, saxophonist Femi Kuti or artists such as BB King, Ray Charles or Tom Waits, whose photograph closes the book.

But the photographs taken in Skopje bring back strong memories for me as these are people I have met, have spoken to or have interviewed them or I regret not attending some of those concerts from the past. What was striking and mesmerizing at the same time was that his photographs captured the essence of the performances, something that words fail to convey. It's great to see photographs of pianist Cecil Taylor, saxophonist Ornette Coleman or accordionist Kimmo Pohjonen on the streets of Skopje or Ray Charles being walked through a hallway. I was even present when some of those moments occurred backstage like when trumpeter Jon Hassell was given an award for achievements in music and there is a photograph of him in the book holding that award. The disarming joy of both saxophonist Benny Golson and trumpeter Roy Hargrove on stage is mesmerizing and arresting. No words are necessary to convey how they have felt in those moments. Koritnik's camera will help you feel that as it will on many other occasions throughout this book.

With a foreword by All About Jazz's editor John Kelman, Koritnik's story, work mood and depth are set from the start. Apart from Kelman, who provides a detailed background and a presentation of his work, biography, musical tastes, and places his work within a wider context, the book is sprinkled with quotes from various giants of jazz, and a few essays by people like Ken Vandermark, Joe McPhee, Mats Gustaffson who share their insightful views on their own art, and the moments when magic happens and compare it with Koritnik's art of the moment and their work together. McPhee calls him a "Muse-ician," someone who makes magic with the muses. He is an improviser, a chronicler of life in real time. This is the point that reveals the improvised nature of his photographs despite his unique eye for composition. One can never tell for certain, but it's probably about the way a single photograph can encapsulate the never-to-be-repeated moment, which by its nature is the building block of jazz improvisation.

And this book is more than just a collection of exclusive photographs. The book offers so many things so it can be experienced on so many levels. These photographs are not only technically expert but Koritnik went much further by capturing not only the people, but also he managed to capture the music that radiates from them including the lives and the characters of these people. His photographs are witnesses to the joy of creativity, the camaraderie, the experience of music, the spotlight of the stage, the swagger, the style and much more. Again, Cloud Arrangers is more than a pictorial treasure trove. It conveys a sense that music is a gathering, and it invites people to join in and see what makes it so special.