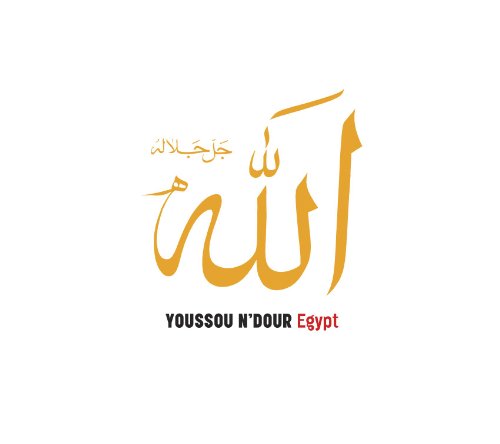 Youssou N'Dour is as close to an international megastar as African musicians get, having earned first a massive fan base in his home of Senegal and then a worldwide following on the heels of his work with Peter Gabriel and others. His music (termed mbalax, after the Wolof word for rhythm) incorporates the traditions of West Africa within a truly global sound, often drawing from the Afro-Cuban continnuum. But in the end it's N'Dour's voice that stands out and takes center stage during his performances, impossibly catchy and melodic all the way.

A few years ago N'Dour decided to put together a collection of music devoted to his faith, and the resulting Egypt sat around for five years before it finally saw release this spring. One need only look to current events to see the storm that swirls around the Muslim world; when September 11 happened, this record was placed back on the shelf for a better time. The powers that be have determined that this year is the year of Egypt , and thus the recording must be looked upon from contemporary terms.

The vagaries of the record business took their toll on the title of the record. Instead of being called Sant Allah (Thanks Allah), as it was in Senegal, the international release picked up a more neutral heading. But N'Dour, who praises the tolerance of his religion, makes no compromises in bringing a uniquely Senegalese view of Islam to the world. The lyrics (sung in Wolof and also printed in English in the liner notes) are dedicated to important figures in Senegalese Sufism.

In putting together the music for Egypt , Youssou N'Dour worked with Egypt's Fathy Salama, who arranged and conducted his fourteen-musician group of violins, reeds, flutes, and percussion. The orchestral sound that resulted from the sessions in Dakar and Cairo is entirely distinct from anything N'Dour has ever recorded. The lilting melodies signal Arab influence; the interlocking percussion brings North African styles to mind; the tapestry of sound flows with raw West African momentum; and the vocals have a reverent focus that's at once meditational and forthright.

This record might not move hips and feet like some of the singer's earlier efforts, but it's guaranteed to move hearts and minds. This music is bigger than one man, one country, or one religion: it's the pulse of the world. Enough to make you believe in these marabouts.

Visit Youssou N'Dour on the web.