Born in Dakar in 1959, N'Dour is a singer endowed with remarkable range and poise, and, as a composer, bandleader, and producer, with a prodigious musical intelligence. The New York Times has described his voice as “an arresting tenor, deployed with prophetic authority,” one that “soars heavenward with passion and then wafts tenderly toward earth.”

As a craftsman of an inimitable brand of ensemble music, N'Dour absorbs the entire diversity of the Senegalese musical spectrum in his work, often filtering his country’s musical heritage through a modernist lens of genre-defying rock or pop music from outside Senegalese culture.

Named “African Artist of the Century” by the English publication fRoots at the threshold of the year 2000, and to the “TIME 100” in 2007, TIME magazine’s annual list of “the hundred men and women whose power, talent, or moral example is transforming the world," N'Dour has made mbalax famous throughout the world during nearly 30 years of recording and touring outside of Senegal with his band, the Super Étoile.

National Public Radio and Rolling Stone contributor Robert Christgau, the dean of American rock music critics, has consistently clamored for an ever-wider recognition of N’Dour’s gifts, variously calling N'Dour “the world's greatest pop vocalist” and, most recently, “the world's most consistent record maker this decade.” He has written that N’Dour is “the one African moving inexorably toward the world-pop fusion everyone else theorizes about.”

Peter Gabriel, whose duet with N'Dour on a song called “In Your Eyes” on Gabriel's album So (Virgin/Geffen, 1985) defined a truly memorable moment in the history of rock, has proclaimed N'Dour, as a singer, simply “one of the best alive.”

N'Dour solidified his leadership of the Super Étoile by 1979, having retained the essential personnel from earlier incarnations of the group, and he soon thereafter launched an international career with the help of a Senegalese taxi drivers' fraternal association in France and a small circle of supporters in England.

The beginnings in Dakar had been less auspicious. As a willowy teenager, N'Dour had to resort to hustling pirate gigs in the parking lots outside certain of the city's dance clubs to which he and his bandmates had uneasy or no access, his distinctive voice eventually earning him a reputation as a boy wonder and the occasional live amateur-hour slot on the National Radio. As early as age twelve, N'Dour had also been performing at neighborhood religious-ceremonial occasions in the hard-bitten Medina section of the city where he grew up as the first-born child of a pious auto mechanic, Elimane N'Dour, and his wife, Ndèye Sokhna Mboup, herself of griot origin and an occasional performer in the ceremonies of the Medina neighborhoods.

Today, N'Dour and the Super Étoile, acknowledged as Africa's most popular live band, continue to play challenging Senegalese roots music with what the Los Angeles Times says is “a joyous precision.” Responding to the introspective side of the group's recording career, which has included such critically acclaimed major-label albums as Set (Virgin, 1990), Eyes Open (Sony Music, 1992) and The Guide (Sony Music, 1994), and Joko (The Link) (Nonesuch, 2000), as well as the parallel release of dozens of local productions in Senegal, The Guardian (London) has called their music “the finest example yet of the meeting of African and Western music: wholesome, urgent, and thoughtful.”

Notwithstanding his international career, Youssou N'Dour's rootedness in Senegalese music and storytelling remains the hallmark of his artistic personality. At once daring innovator and staunch protector of mbalax's unique “Dakar overgroove,” N'Dour manages to maintain a sound that is both characteristically Senegalese and outward- looking, a synthesis of musical languages unmistakably nourished by the musical soil of his homeland. On the foundation of this highly personal sound, N'Dour remains a revered figure in his country and in the ever-growing worldwide Senegalese diaspora.

N'Dour continues to make his home in Dakar, but in Paris and New York once each year his Great African Ball, a post-midnight marathon dance party in the Senegalese style, he and the Super Étoile feature the kind of unhinged performances typical of the surreal Dakar nightclubs. In these annual soirées, N'Dour's African immigrant patrons in Paris and New York become, for one night in each city, his co-stars, their celebratory verve finding expression in an extraordinary popular spectacle. Show less 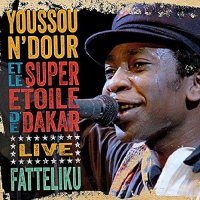 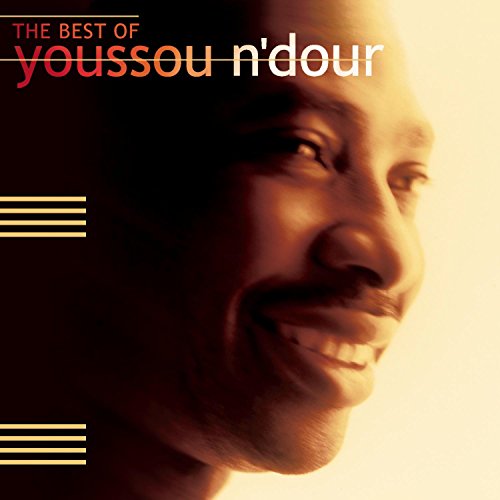 All About Jazz musician pages are maintained by musicians, publicists and trusted members like you. Interested? Tell us why you would like to improve the Youssou N'Dour musician page.