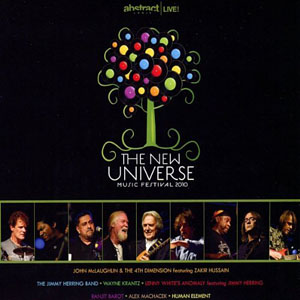 For those who like their jazz hard, loud, filled with killer chops and intricate writing, the 2010 New Universe Music Festival was like manna from heaven. Amidst seven groups including two fusion deities, guitarist John McLaughlin and drummer Lenny White, it was an exhilarating experience for the few hundred people in attendance—some coming from hundreds of miles away, a few even crossing oceans to get to this first-time event curated by Souvik Dutta and his wife, Shweta.

More than a celebration of some of fusion's current undisputed cream—featuring, in addition to White's group and McLaughlin's current Fourth Dimension lineup, sets by guitarists Jimmy Herring, Alex Machacek and Wayne Krantz, Indian drummer Ranjit Barot, and the first live appearance by fusion supergroup-in-the-making Human Element—it was also a chance to see just how far Dutta's Abstract Logix has come, since it morphed from web-based fusion storefront to record label. Starting modestly with just one release, Project Z's Lincoln Memorial (2005), AL has grown to become the premiere imprint for today's fusion, the "Little Label That Could," against the many challenges facing Indies today. The New Universe Music Festival 2010: Abstract Logix Live! isn't quite like being there but, at just over two hours, it's a compelling condensation of the many highlights (there were many more) that took place over two days in November, 2010—an expansive picture window into what made the festival a great experience and tremendous success.

With tracks culled from each of the seven groups' performances, spread across two discs, it captures the essence and variety of each set, from Machacek's knotty writing, almost unfathomable voicings and cerebral yet searing work with the same lineup as The Official Triangle Session (Abstract Logix, 2009)—powerhouse drummer Jeff Sipe and the lesser-known, but equally deserving bassist, Neal Fountain—to Herring's more groove-driven but no less contextually challenging quartet, also with Fountain and Sipe, along with another surprise of the festival, keyboardist Matt Slocum. 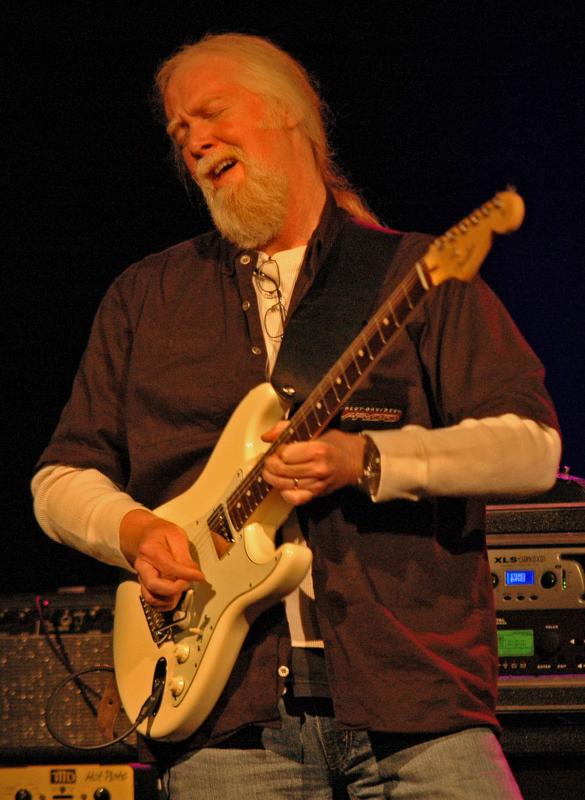 Herring's set was one of the best of a thoroughly high bar festival, so it's appropriate that he receives nearly as much time as McLaughlin—who gets the most focus at over 26 minutes—demonstrating his good ol' boy combination of Jeff Beck-worthy tone, southern lyricism and undeniably monster chops on Sipe's high-velocity "Rainbow," and his own dark ballad, "Gray Day," from Lifeboat (Abstract Logix, 2008). Herring's thundering version of George Harrison's "Within You, Without You" dovetails perfectly with the Indo-centricities of Barot's set, where a remarkable duo with violinist Bala Bhaskar ("Vignesh Kirtanam") sets up "Origin," the fiery closer to the drummer's AL debut, Bada Boom (2010), here performed by members of Human Element, along with guest guitarist Krantz, who delivers a characteristically quirky, visceral and gritty solo.

Human Element's release had been delayed until April, 2011, so keyboardist Scott Kinsey, über-bassist Matthew Garrison and percussionist/vocalist/puckish mischief-maker Arto Tuncboyaciyan—with Barot subbing, with complete confidence and commitment, for regular drummer Gary Novak—gave a preview of what was to come, as Kinsey's "Essaouira" and the more incendiary "Sometimes I..." demonstrate the quartet's sonic blend of Joe Zawinul-informed landscapes, world music concerns and Tribal Tech-like displays of unbridled improvisational power.

Krantz, in addition to longtime drummer Cliff Almond, brought another bass legend to the festival. Anthony Jackson's 2010 AL debut, Interspirit, may not have been represented at the event, but his contribution to Krantz's trio more than made up for it. Krantz offers a different kind of cerebralism than Machacek, one driven more aggressively by groove, and a knottier disposition towards unexpected time changes, as "Why" clearly demonstrates, shifting gears halfway into a high velocity free-for-all that builds to a fever pitch.

White's AL debut, Anomaly (2010), was a cast of thousands (well, 23) affair, but his touring band brings the album's material into sharper focus. With Herring—a sometimes member of the band—guesting with the current quartet lineup, White has a tremendous frontline that also includes New York guitarist Tom Guarna, stepping away from his own more mainstream recordings, and bassist Richie Goods, who's new to the AL family but from whom more will hopefully be heard, kicking the swinging blues at the core of "Door #3" into high gear, with Herring and Guarna turning the heat up with a series of nuclear-burn trade-offs that lead to White's closing solo, which starts quietly, and ends even more so ("How about that," White quipped, at the show, "a quiet drum solo."). Keyboardist Vince Evans, a regular White alum, is another new face to AL, but his combination of Jan Hammer-like synth lines and, in particular, his Rhodes solo on the up-tempo "Gazelle"—ambiguous voicings combining with a seemingly endless flow of thematic ideas, as he weaves through the song's knotty changes—makes him another player worth following. 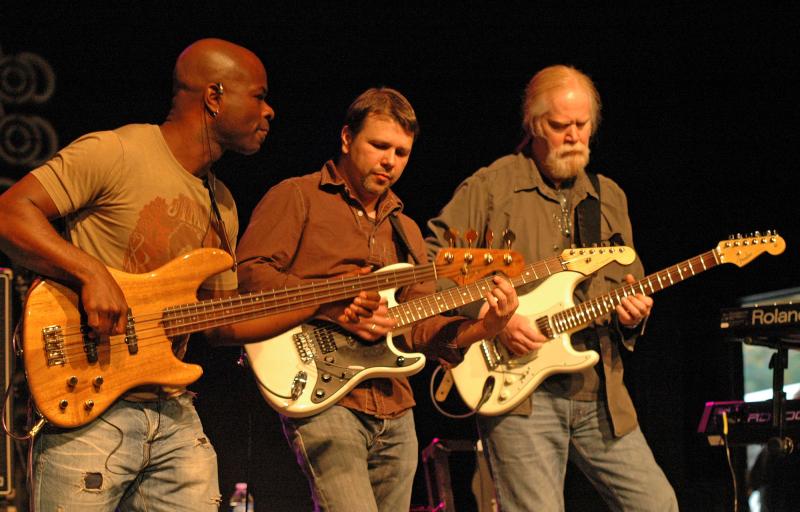 "Recovery," from To The One (Abstract Logix, 2010), demonstrates how much McLaughlin's Fourth Dimension group has evolved since its 2007 North American tour, documented on Official Pirate (Abstract Logix, 2007). With bassist Etienne Mbappe replacing young firebrand Hadrien Feraud, keyboardist/drummer Gary Husband and drummer Mark Mondesir are able to breathe a little more. The music is no less incendiary when it needs to be, but there's a greater sense of fluidity at the bottom end, and a more unshakable anchor, making a short but sweet version of "Recovery" the perfect, succinct representation where the group is now.

But it's the closer to McLaughlin's set that's the greatest peak amongst so many others. "Mother Tongues," a longtime McLaughlin closer, is stretched to over 21 minutes and features a lengthy, mid-song duo between McLaughlin and surprise guest, tablaist Zakir Hussain, that proves the undying strength of musical friendships forged as strongly as that of these two masters. They haven't played together for many years—since the last time Remember Shakti toured—but the bond they share clearly hasn't weakened one iota, as McLaughlin and Hussain push, pull and work off each other, the guitarist's rhythmic roots in Indian classicism on full display, as Hussain moves into a three-way trade-off with Husband and Mondesir that has everyone on their toes, creating the kind of fireworks that drove the audience into a frenzy. 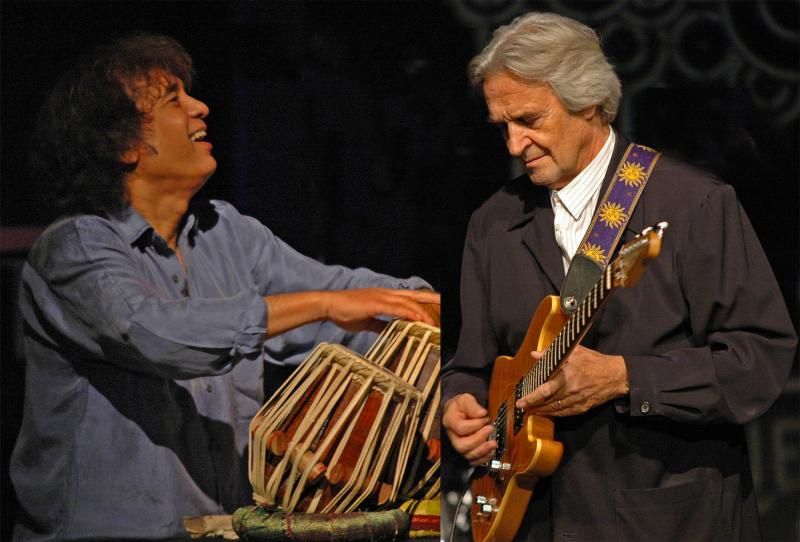 Rumors are there's going to be another New Universe Music Festival in 2012, and with a growing roster that now includes guitarist Chris Taylor, and a second installment of Husband's Dirty & Beautiful Volume One (Abstract Logix, 2010) hopefully coming up—leading to hopes that the keyboardist/drummer will get the chance to front his own band—there's every chance that the next festival will repeat and expand upon the successes of the first installment. For a first-time event, spearheaded by the Duttas and their seemingly tireless Director of Operations, John Angello, the 2010 New Universe Music Festival went off with very few hitches—putting many festivals that have been around a lot longer to shame.

2012 promises to be even better, but until then, The New Universe Music Festival 2010: Abstract Logix Live! is a relatively concise reminder of two days filled with stellar performances and great times for those in attendance, and a strong incentive to those who missed it, to consider making the trek—from wherever they live—to Raleigh, North Carolina, when the festival reconvenes again in 2012.