Described by JazzTimes as “a tastefully polyrhythmic drummer with a penchant for melodicism on the kit," Matt Slocum has also earned a reputation as an inventive and lyrical composer. He is the recipient of composition grants and commissions from the Mid-Atlantic Arts Foundation, the American Music Center, New Music USA, the New Jersey State Council on the Arts, the Puffin Foundation and Meet the Composer. Frequently referred to as a "musical" drummer, Slocum possesses a distinctive voice on the instrument and is a propulsive, melodic and dynamic accompanist and soloist. He has toured throughout North America, Europe and Asia and has performed and/or recorded with artists such as Steve Cardenas, Gerald Clayton, Taylor Eigsti, Aaron Goldberg, Larry Grenadier, Jon Irabagon, Lage Lund, Linda Oh, Jerome Sabbagh, Jaleel Shaw, Walter Smith III, Dayna Stephens, Anthony Wilson, Ben Wendel, Sam Yahel and the Dallas Symphony Orchestra 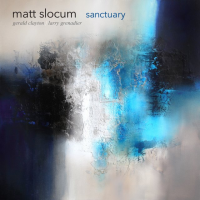 It must unofficially be the year of the piano trio or something. They just keep coming, and thankfully each new one is still stimulating and surprising. Shalosh Onwards and Upwards ACT Music 2019 The name means “three," simply enough, and Shalosh is all about embodying that ideal of ... 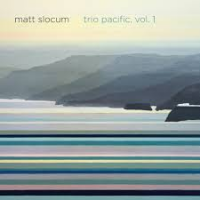 Label: Chandra Records
Released: 2017
Track listing: Passaic; I Can't Believe That You're in Love with Me; Yerazel; Relaxin' at Camarillo; Afterglow; Descent; For Alin; Atlantic.

Jimmy Herring and The Invisible Whip + John McLaughlin and The 4th Dimension Meeting of the Spirits Tour Michigan Theater Ann Arbor, Michigan November 15, 2017 When it comes to virtuosi, guitarist John McLaughlin ranks high in the jazz fusion world. Having the early fortune to connect with legendary drummer ... 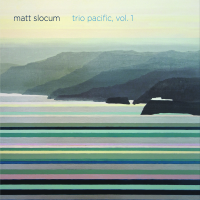 Available October 7, 2016 on Chandra Records U.S. Tour Dates: October 18 through November 9 “Slocum served the music with a focus on dynamic micro-detail, which in turn allowed his musicians to say even more. It’s a cerebral concept, one that comes to fruition on Black Elk’s Dream… Like Wayne Shorter’s classic Blue Note ...