The headline news on this lavishly packaged, four-CD collection of the work of the Impulse! label's founding producer, Creed Taylor, is that it includes three previously unreleased tracks by John Coltrane. These were recorded during rehearsals for what would become the saxophonist's Impulse! debut, Africa/Brass, in 1961. They have a combined playing time of less than eight minutes, but as newly discovered Coltrane recordings are reduced to a trickle with the passage of time, the arrival of any such material, however brief, is an event. About these tracks, more in a moment.

But first, some other good news: the sheer gorgeousness of the Hip-O Select packaging, which is of a quality befitting the occasion. Right from the start, in 1961, Taylor's Impulse! set a new benchmark in sleeve design; its gatefold packaging and sophisticated graphics became as iconic in the 1960s and early 1970s as the Blue Note label's house style had been in the 1950s, and the ECM label's is today. But since its first incarnation between 1961 and 1975, the Impulse! catalogue has been reissued, as often as not, in cheap, bean counter-imposed packaging which has been a mockery of what the label originally stood for. The rogue's gallery of shoddy design and manufacture is a long one, and extends even to Impulse!'s own four-CD anthology, The House That Trane Built: The Story Of Impulse Records (2006), which was packaged in easily torn, lightweight card (not to mention the nasty, jewel-cased Best Of discs released alongside it).

Hip-O Select's set, by contrast, respects Creed Taylor's audio and visual presentation standards. We will return to this, too.

Ultimately, of course, it is the music that matters most, and the near on five hours' playing time of First Impulse: The Creed Taylor Collection / 50th Anniversary contains a high proportion which ranks among the finest jazz ever recorded. It includes all six albums which Taylor—whose previous output spanned jazz, pop and what was then called mood music (check the first YouTube clip below)—completed for Impulse! before leaving the label, less than a year after he formed it, for Verve during the summer of 1961. From January 1961, composer/arranger Gil Evans' Out Of The Cool, trombonists Kai Winding and J.J. Johnson's The Great Kai & J.J., Winding's The Incredible Kai Winding Trombones, and singer/keyboardist Ray Charles' Genius + Soul = Jazz; from August, saxophonist Oliver Nelson's The Blues And The Abstract Truth; and from November, Coltrane's Africa/Brass.

Three of these albums—the Coltrane, Nelson and Evans—are jazz classics, among the most exalted recorded by their leaders; a fourth, featuring Charles not on piano, his usual instrument, but on Hammond organ (with a few brief vocals), removed any then-lingering doubts about Charles' jazz chops; the remaining pair, by trombonists Winding and Johnson, lack the radical semiology of the others (the two had been an item, as it were, on and off since 1954, although the trombone choir assembled for The Incredible Kai Winding Trombones was more novel), but are also top drawer. "The New Wave of Jazz is on Impulse!," as the tagline penned by Taylor accurately proclaimed, but the label's Taylor and post-Taylor catalogue included an ongoing mainstream strand. It is a fair bet that many Impulse! devotees are familiar only with the label's "new thing" releases. If the presence here of The Great Kai & J.J. and The Incredible Kai Winding Trombones encourages a broader trawl through the Impulse! archive, the exercise which will be amply rewarded.

The six albums, chronologically sequenced and with their original track running orders, make up the first three discs in the collection. 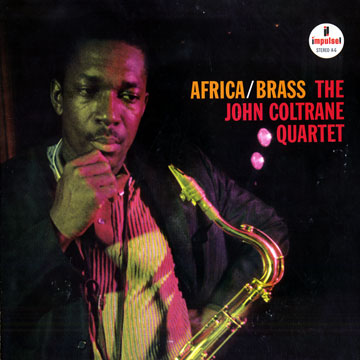 The fourth disc is a selection of bonus tracks, including the three Coltrane rehearsal recordings. The shortest lasts 1:30 minutes, the longest 3:06. Their precise personnel is unknown, but they sound like they include many of the musicians who went on to record Africa/Brass. There are no solos; the tracks capture the band, under the joint direction of Coltrane and trumpeter Cal Massey, practicing ensemble passages for Massey's "The Damned Don't Cry"—not part of the original Africa/Brass album but included on The Complete Africa/Brass Sessions (Impulse!, 1999)—and two ballads, Massey's "Nakatine Serenade" and David Raksin and Johnny Mercer's "Laura," which were later dropped from the project. Until now, the tapes, which have good audio quality, have been in the private possession of the Massey family.

The remainder of the fourth disc consists of the mono, single version of Genius + Soul = Jazz's "One Mint Julep," a top ten hit for Impulse!, and not previously issued on CD; an arrangement of Horace Silver's "Sister Sadie," not included on Out Of The Cool but recorded during the sessions, and first issued in 1978 as part of Gil Evans/Gary McFarland: The Dedication Series, Vol. IX; and "The Damned Don't Cry," "Song Of The Underground Railroad," the first take of "Africa," and alternate takes of "Greensleeves" and "Africa," all included on The Complete Africa/Brass Sessions. 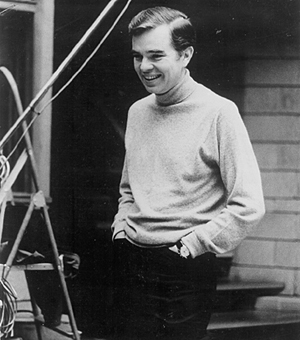 The four discs are presented in a weighty, 10-inch square, hardback book-form package, its 82 pages including an introduction by Ashley Kahn, a long essay by Creed Taylor (pictured right), definitive personnel and session data for all but the new Coltrane tracks, and album commentaries from Kahn and Taylor. Some of the text is taken from Kahn's label biography, The House That Trane Built: The Story Of Impulse Records (Granta, 2006), some of it is newly put-together. Also included are some rarely seen photos, and full-page reproductions of the six original LPs' front and inside gatefold covers. First Impulse: The Creed Taylor Collection / 50th Anniversary is as beautifully designed—and carefully curated—as Hip-O Select's immaculate three-CD collection of early works by saxophonist Stan Getz, Quintets / The Clef & Norgan Studio Albums (Verve/Hip-O Select, 2011). It is sumptuous to look at and heavy in the hands.

It is also, of course, heavy in the ears—still, after all these years. Taylor too often stands in the shadow of his successor at Impulse!, Bob Thiele, who directed the label from Taylor's departure until late 1968—the era which included Coltrane's glory years. But Taylor's achievements, first in persuading his paymasters at ABC-Paramount to fund an adventurous jazz label with expensive production values, and then recording its six magnificent launch albums, cannot be overestimated. This set does him proud.