By C. MICHAEL BAILEY
August 16, 2010
Sign in to view read count
There is something Baroque about jazz ensembles lacking a piano or guitar as a harmony instrument . Their absence frees previously occupied sonic space for other uses. The format also sets up a more pronounced contrapuntal interplay between the remaining players. The saxophone trio has become quite mainstream since Sonny Rollins blew into the Village Vanguard in 1957 and set New York on its ear. Here are three recent offerings showing just how far the saxophone trio has evolved since evolved. 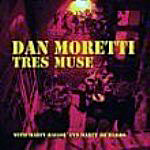 Moretti composed all of the 11 tunes on the disc. These are mostly air pieces in spite of their regimented structure featuring Marty Ballou often strumming electric bass chords among his harmony-rhythm duties. Drummer Marty Richards is always close in the mix, following Ballou. Moretti's landscape includes the razor staccato of "Cajun The Squirel" and the sharp R&B of "Mumbo Jumbo" where he summons enough Hank Crawford for bona fide funk. Moretti's tenor tone is slightly raspy, more Ben Webster than Stan Getz.

Ballou proves melody minded on his bass solo in "Invoke" and Richard sets up some island drumming on Moretti's equivalent to Rollins' "St. Thomas"—"Guacamaya." The allusion is apt and comparison there. The most free piece on the disc is appropriately named "Ready Set Free" and channels the gentle spirit of Jimmy Giuffre's "Free Fall." Moretti is a solidly grounded saxophonist and composer set to do greater things.

Visit Dan Moretti on the web. 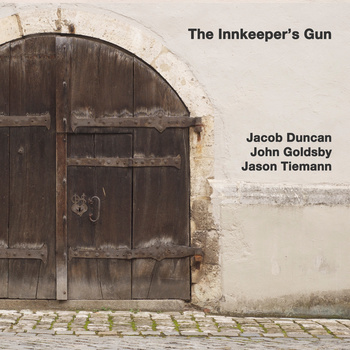 Alto saxophonist Jacob Duncan has got a wilder hair driving him that Dan Moretti. Duncan likes sharp edges and acute bends in his music. "Legeti Split" honors the spirit of Hungarian composer Gyorgy Ligeti (1923-2006) with an ill-behaved, John Coltrane -sque romp through a cacophonous solo section where Duncan, bassist John Goldsby and drummer Jason Tienmann all go their separate ways musically. This spirit of release and freedom characterizes the disc.

The singe cover is Lady Gaga's "Paparazzi," which is great melodic fun, but is merely a vehicle for musical mayhem, as "My Favorite Things" was for Coltrane. Duncan's tone is tighter than that of Moretti, partially because of the tonal difference between the two saxophones and also because Duncan favors a more focused tone. Duncan also favors the saxophone-drums showdown that Coltrane liked to have with Elvin Jones. This is reflected most in "Never Come Back to Me" and even affords Goldsby a Paul Chambers-like arco solo.

Duncan's sax trio offering is compelling though not necessarily ground breaking. But there is plenty of post bop to still be mined, and he has gotten a good start. The Innkeeper's Gun is a respectable addition to this newer tradition. 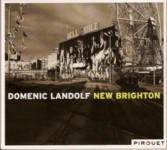 Munich-based Pirouet Records is trying to carve out a place between fellow citizens Winter & Winter and ECM Records. Things are getting crowded in town. Pirouet may well be the most jazz-oriented of the three, ECM living on an etheral sonic reputation well earned, and Winter & Winter specializing in all manners of progressive musical expression. Swiss reedsman Domenic Landolf plants his flag halfway between the two labels and Dan Moretti and Jacob Duncan.

Like Moretti, Landolf likes tightly scripted arrangements, but not at the expense of space and his bandmates, bassist Patrice Moret and drummer Dejan Terzic, who share in the composing credits for the disc's 12 originals. When not playing tenor saxophone, Landolf plays the mellowest of instruments, the bass clarinet, which he does sweetly and thoughtfully on the ensemble piece "Storm Chaser" and Moret's "Fjord." He switches to alto flute for the plaintive "W.E." and "Kululeka."

The sole standard is a brief "My Old Flame," played on tenor barely tethered to the rhythm section. Landolf is as tender as Coltrane with a ballad, which is to say not at all, but the piece works as a sonic cab driving down urban back streets at night. That is the kind of music Landolf makes.

Visit Domenic Landolf on the web.

Tracks: Jim Henson; Ligeti Spilt; Paparazzi; More Than Something; The Innkeeper's Gun; Never Come Back to Me; Neda; Juan in the Basement.