Home » Jazz Articles » Kristin Berardi / James Sherlock: If You Were There

Kristin Berardi / James Sherlock: If You Were There 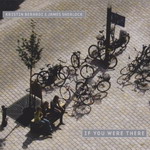 The jazz standard repertoire has proven remarkably durable and doesn't seem to be under any immediate threat of being replaced by more recent popular songs. Perhaps they just don't write love songs the way they used to, or it could be simply a question of the weight of jazz tradition holding back a new wave of standards. Regardless, as long as there are duos like singer Kristin Berardi and guitarist James Sherlock putting a personal spin on the songs of yesteryear, then they will continue to sound as fresh and timeless as they do on If You Were There, winner of the Best Vocal Jazz Album at the '10 Australian Jazz Awards.

Berardi and Sherlock complement each other well; both are in command of their respective instruments, and although Sherlock's virtuosity is evident, he mostly adopts a supportive role to Berardi, whose delivery is refreshingly unaffected. She sounds like herself, rather than trying to imitate the greats who have interpreted these same songs. When Berardi scats, as on the opener "Alone Together" or "Like Someone in Love," she sounds like someone singing to themselves, lost in the reverie that the music brings; there is no sense that she is striving to impress, and this lovely relaxed approach to her craft is one of the CD's charms.

Sherlock is most impressive on acoustic guitar. A subtle accompanist, he has a lovely rhythmic touch and his accents and flourishes punctuate and frame Berardi's vocals beautifully. Clearly he has big ears. When he unfurls a solo, as on "You Say You Care," he reveals impressive chops, fluent and highly melodic, a student of the Joe Pass school of guitar. On the most intimate of songs like "I've Grown Accustomed to His Face," Sherlock's feathery touch treads softly under Berardi's confessional, bluesy whisper. On the Berardi original "Spin the Bottle," his solo is especially tender, yet probing.

Berardi contributes three of her own compositions which stylistically are slightly at odds with the swinging numbers and ballads from the standards repertoire which make up the majority of songs on If You Were There. However, these originals show Berardi to be a writer of some talent, perhaps influenced by the early, folksy Joni Mitchell. "I'm Just Another Girl," "Spin the Bottle" and "Ode to Oli" are delicate, intimate songs of love in all its facets, but her delivery on Livingston/Irwin's "Never Let Me Go," or on The Beach Boys classic, "God Only Knows, "sounds altogether more profound, more nuanced. The emotional range of Berardi's voice is her real strength, and whether singing with a zappy swing on Johnny Mercer's "I'm an Old Cowhand" or with a soul-laid-bare fragility on the ballads, her voice is always seductive and gently alluring.

The blues in Berardi's tone and the warmth of Sherlock's strings make for a wonderful pairing, and they breathe new life into these old songs. This is a subtly beguiling recording which holds the attention from first note to last.

Alone Together; I'm Just Another Girl; I've Grown Accustomed to his Face; You say you Care; Spin the Bottle; I'm an Old Cowhand; Moon andf Sand; Ode to Oli; Never Let Me Go; Like Someone in Love; God Only Knows.

Title: If You Were There | Year Released: 2010 | Record Label: Pinnacles Music