Since 1994, John Goldsby has been a member of the Westdeutscher Rundfunk Big Band(the Cologne Radio Big Band). From 1980 to 1994, John lived in New York City and was an active fixture on the New York jazz scene, performing everywhere from Carnegie Hall, to the nightclubs of Greenwich Village, to concert stages around the world. John is actively involved in the jazz scene as a bassist, bandleader, composer, teacher, clinician and author.

The son of a Baptist minister, John was born and raised in Louisville, Kentucky. He played piano, guitar, and electric bass before taking up the double bass at age 18. His early musical experiences include work with hometown jazz greats Jimmy Raney, Helen Humes, and Jamey Aebersold. In 1979, John got the gig with the house trio at a jazz club in Louisville that brought in famous jazz soloists to play with the trio. For almost one year, John played with some of the legends of jazz including: Jay McShann, Buddy Tate, Johnny Hartman, Barney Kessel, Tom Harrell, Dave Liebman, Buddy DeFranco, and others. When this gig ended, John knew he had to move to New York. In 1980, he put the bass in the car and made his move...

After moving to New York, John found himself in good company with all of the other young players on the scene. His first experiences with the established New York elite included gigs with Albert Dailey, Sal Nestico, John Hicks, Benny Bailey and Bob Wilber. Goldsby has recorded with many world-class musicians, including Scott Hamilton, John Lewis, and the American Jazz Orchestra.

Goldsby’s most recent recordings include”Space for the Bass” [Bass Lion], with Francesco Cafiso, karolina Strassmayer, Martin Sasse, and Hans Dekker, “Live at the Nachbar” (Bass Lion, 2008), a powerful sax-bass-drums trio with Jacob Duncan and Jason Tiemann, and “The Visit” (Bass Lion, 2009), a duo with pianist Bill Dobbins. The John Goldsby, Peter Erskine, Bill Dobbins Trio are featured on the highly-acclaimed recording “Cologne” (Fuzzy Music). “Frisky” and “Live at Le Pirat” (Organic Music) are the recent releases with trumpeter John Marhsall. “Feed the Birds,” “The Shimmering Colours of Stained Glass,” and “The Underwater Poet” with Hubert Nuss, “Ups and Downs” with Ludwig Nuss, “Tesoro” with Rolf Roemer, “All John” with Hans Peter Salentin, and guitarist Joachim Schoenacker's “Blunatic” are among recently released recordings which feature John. “Behind Closed Doors” with Peter Erskine, “The Chase” with Randy Sandke, “An Ellington Affair” with Bill Mays, “Big Man's Blues” with Andy Fusco, and “The Return of the Great Guitars” (Herb Ellis, Larry Coryell, Mudell Lowe, and Charlie Byrd) are among other noteworthy recordings. Three critically acclaimed records with the Frank Vignola Trio are “Appel Direct,” “Let It Happen,” and “Look Right, Jog Left” and “Off Broadway.”

In December, 2000, John Goldsby recorded “Viewpoint”, (Nagel Heyer Records.). The music is a combination of original material and standards, featuring some of the best musicians on the scene today: Frank Chastenier, Hans Dekker, Olivier Peters, John Marshall, and Hayden Chisholm.

“Tale of the Fingers” (Concord Records) is the premier recording of the John Goldsby Quartet from 1993. The other musicians on this CD are Bill Mays (piano), Terry Clarke (drums), and Andy Fusco (alto).This recording features two compositions by Mr. Goldsby as well as rare works by Charles Mingus, Duke Ellington, Oscar Pettiford, Paul Chambers, and Sam Jones. A highlight of the recording is “Three Short Stories for Bass and Piano” by Bill Mays.

Other notable performances include “The Tonight Show” with Claude Bolling and Hubert Laws, the Grammy-Award winning soundtrack for “The Cotton Club,” and work with Wynton Marsalis, Gunther Schuller, Lionel Hampton, and the Smithsonian Masterworks Orchestra. Goldsby has performed at the JVC Jazz Festival, the Chicago Jazz Festival, and the Odessa Jazz Festival among others in addition to tours of Europe, Japan, Canada, and the United States.

The Village Voice says that John Goldsby is “One of the few bassists steeped in the tradition of Jimmy Blanton and Oscar Pettiford.” The New York Times says “John Goldsby's bass playing was spectacular . . . the rhythm-section contributed some of the most vivid passages to the concert.”

John Goldsby is well-known as a jazz educator and currently teaches at the Folkwang Hochschule in Essen, Germany. In the past, he has taught at the Cologne, Germany Musik Hochschule, William Paterson College, Long Island University, and Columbia University. Mr. Goldsby also teaches at Jamey Aebersold's Summer Jazz Clinics and he has recorded many educational jazz records for Mr. Aebersold.

The Jazz Bass Book is Mr. Goldsby's most recent book, documenting jazz bass players and their techniques from a historical perspective. This first-of-its-kind work is filled with transcriptions, historical and technical information, discography, and Goldsby's insightful and inspiring writing. A play-along CD is included for the reader/student to use with written etudes, patterns, scales, and improvised solos and bass lines. Also on the CD are several performances tracks for listening or play-along. The CD features Goldsby on bass along with the masterful assistance of Bill Dobbins (piano) and Hans Dekker drums).

Mr. Goldsby has written two other instructional method books, Bowing Techniques for the Improvising Bassist and Bass Notes. Bass Player magazine says, “Bass Notes is an excellent resource for intermediate to advanced jazz bassist.” The National Association of Jazz Educators says, “Bowing Techniques should be a required publication for upright bassists!” Since 1990, John Goldsby has been a featured writer for Bass Player Magazine with his columns “The Tradition,” “Mastering Jazz,” and “Jazz Concepts.” Goldsby has also written for Double Bassist Magazine and The Strad. Mr. Goldsby received jazz performance grants from the National Endowment for the Arts in 1988, 1990, and 1993. The “John Goldsby Plays Oscar Pettiford” concert which was funded by the 1990 grant received much critical acclaim from the New York Times, Jazz Times, and the Village Voice.

The WDR (Westdeutscher Rundfunk) is the television and radio station in the Nordrhein-Westphalia area of Germany. It is run as a “public” radio station, but with a much broader scope than the PBS in the United States. In addition to the Big Band, the WDR also employs two full-time symphony orchestras and a choir. John was born Dec 10, 1958, and lives in Germany (near Cologne) with his wife Robin and their two children. 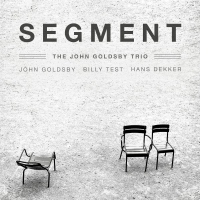 Space for the Bass 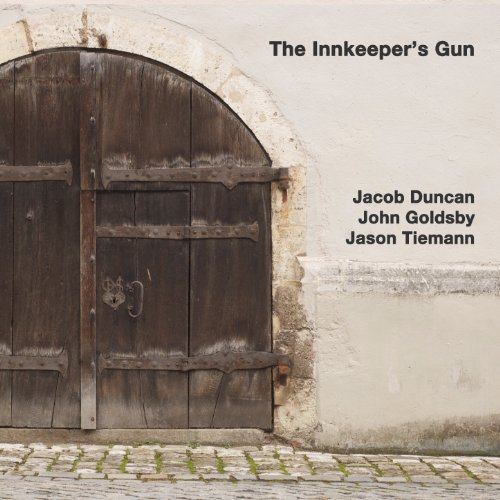 All About Jazz musician pages are maintained by musicians, publicists and trusted members like you. Interested? Tell us why you would like to improve the John Goldsby musician page.