Drummer Dejan Terzic is one of a couple of handfuls of young musicians living in Germany who have begun to make their presence felt on the world jazz scene in the last decade. The reason for this abundance of budding world class talent taking root and flourishing in the German jazz soil is a theme for the jazz historian - but the fact is that Germany has become fertile ground for contemporary jazz. Dejan was born in Banja Luka in what was then Yugoslavia. His Serbian family moved to Germany when Dejan was 3 years old. He began playing piano at the age of 6, and took up drums at 12, playing art first in rock and funk groups 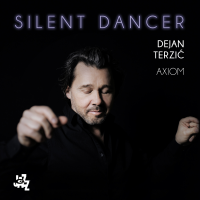 Two products of the jazz program at McGill University in jny: Montreal have new releases to sample this week: saxophonist and composer Anna Webber's Idiom is easily her most ambitious project to date featuring her Simple Trio (Matt Mitchell and John Hollenbeck) and a large ensemble of improvisers and new music specialists. Drummer Mark Nelson continues ... 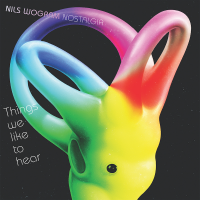 On Things We Like To Hear, trombonist Nils Wogram and his bassless trio Nostalgia explore a kind of Miles Davis cool to hot fusion. Wogram provides an expressive center to the outing, his playing running from bluesy drawls to punchy explosiveness while focused on the themes and range of rhythms found in the compositions.

Kulturbrauerei (Prenzlauer Berg) Jazzdor Berlin June 5-8, 2018 Jazzdor Berlin is a satellite of the Jazzdor Festival of Strasbourg founded 31 years ago. This year's 12th edition of the Franco-German festival held as usual at Kulturbrauerei, an abandoned brewery in Berlin borough Prenzlauer Berg, presented 11 groups with 40 musicians during four ...