Home » Jazz Articles » The Girls in the Band 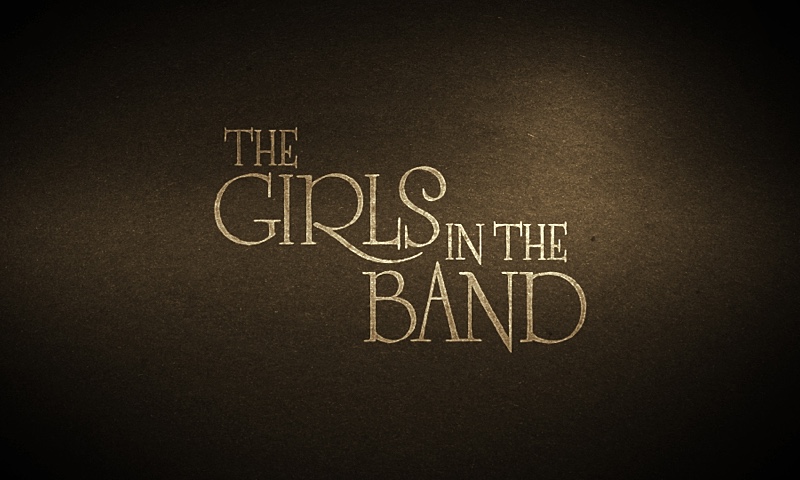 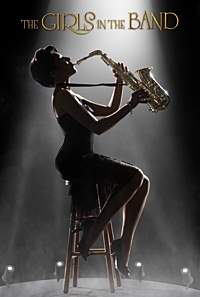 The Girls in the Band
Collective Eye (Educational version)
2011

That there are problems of race and gender in the history of American jazz comes as no surprise. Music, and popular music (as swing was in the 1930s and 1940s), is a part of everyday life. Why should jazz be any different? Yet the issues manifest themselves in many different ways. In all my time listening to swing bands as a kid, and you could still hear them on broadcast radio in the 1960s, I don't think I once heard a show featuring a female band. I doubt that any of the DJs who hosted the shows gave the absence of women a second thought. I suspect that even the most knowledgeable ones barely knew that girl bands existed, or if they did, that they were much more than a novelty. And we're talking serious people here. Jack Pyle was an icon of Philadelphia radio in the 1950s and 1960s. In the early 1960s, he had a broadcast on Saturday nights called "Big Band Wagon" from 8 until Midnight. Every week he did "Miller till Midnight." It was an education for me, but Jack never did a female broadcast, at least to my knowledge. Given the era, I can't say I'm surprised. I knew of Phil Spitalny and his Hour of Charm, but I never heard them play (fortunately, I'm led to believe). I had seen photos of Ina Ray Hutton, but I didn't know what she played—she didn't, it turns out. Actually, I knew she was married to Randy Brooks, a near-mythical trumpet player who made "Tenderly" an instrumental standard. That was it.

Women sang in bands, of course. I learned the derogatory term "canary" at an early age. Woody Herman, who comes off rather well in this documentary, is supposed to have said canaries had a rough life, because they not only needed a voice, but more importantly, they needed a well developed chest. At least he supposedly said that.

None of this stuff is unique to jazz. In classical music, women were accepted on piano or strings, but violin, viola or cello, please, and not double bass. That was a male preserve. So were the horns, I think. I never saw a woman in the brass section of a major American orchestra growing up, although my sample, admittedly, the Philadelphia Orchestra and the New York Phil, was a small one. Correct me, please, if I'm wrong. (And I'm informed that Orin O'Brien has been a double bassist with the New York Phil since 1966 and is a faculty member at Julliard. My apologies to Ms O'Brien.)

In any event, this wonderful documentary is a historical, musical, cultural and artistic treasure all rolled into one. It sort of separates the female musicians into two groups, the pioneers and their inheritors, more or less. Some, like Billie Rogers or Melba Liston, should probably be thought of as the Swing to Bop generation. I guess this was true of Marian McPartland as well, who has an iconic status and lots of time in the documentary, well deserved, to judge from the reaction of younger women who knew and admired her. McPartland's characteristic British reserve cannot hide her wry sense of humor as she picked up on what she called the "testosterone" laden vibe of the music business when she was a rising star at the Hickory House. There is a wonderful moment in which a male interviewer congratulates a young McPartland on being "decorative" as well as talented. Her expression is priceless.

I also knew virtually nothing about the International Sweethearts of Rhythm, whose career receives extensive documentation here. I was never quite sure of their personnel or whether or not Clora Bryant was with them—she wasn't—or exactly how they started. And above all, I had no idea the Sweethearts were, as they said then, a "mixed" or integrated band. Among some of the most moving and horrifying moments of the production are the experiences of white saxophonist Roz Cron touring the segregated South with the Sweethearts. Her account of staying in the private homes of black families, thus putting them and herself, not to mention the rest of the band, in mortal danger, is stunning. As Artie Shaw once remarked, so much for "the good old days."

Apart from equally revealing interviews with some of the younger players, The Girls in the Band also provides a nuanced account of how things have—and have not—changed. Musicians like Maria Schneider, Jane Ira Bloom, Terri Lyne Carrington, Ingrid Jensen and Sherrie Maricle are given considerable space. It's remarkable to see how quickly things seem to have changed since the 1970s. While some of the younger women don't exactly regard the gender issue as irrelevant, they don't much dwell on it. Older members of their cohort, on the other hand, had some truly dreadful experiences with sexism, or, at least, were willing to talk about them on camera. Stanley Kay, the founder of The DIVA Jazz Orchestra told me years ago that much of this hostility was a question of male "security." I wish I could ask Stanley now exactly how he meant that.

Bottom line, this is a production worth going out of your way to see. It may be a trifle optimistic in its view of how rapidly the music world—or America in general—is changing, but that's just my feeling. It is spectacularly well produced, the music is great, and some of the video clips that appear are truly astonishing. It's tough enough to find Billie Rogers on record. Seeing her play with Herman is a real treat. Hearing her describe her move from novelty canary to section player is about as amusing as a context of discrimination would allow.

About International Sweethearts of Rhythm