One of the last living musicians of the Be-Bop jazz era is a exceptional woman who mentors the next generation of jazz players. Clora Bryant toured with Billie Holiday, and she is the only woman trumpet player who ever recorded with Dizzy Gillespie and played with Charlie Parker. Though she had a long and remarkable career, she never became well known to the general public.

Bryant's love affair with the trumpet started when she was a high school junior in 1941 in Denison, Texas. After her brother was drafted into the army, Clora Bryant picked up the trumpet he left behind and started playing day and night. Since then, her 59-year career has been full of firsts. In the 1940s, most women in jazz either sang or played piano and avoided the male-dominated horn section. Bryant was the first woman to play with Charlie Parker. She recorded with Dizzy Gillespie and played with other greats like Louis Armstrong, Carl Perkins, Dexter Gordon and others. Later, in 1989, Bryant was the first woman to travel to the Soviet Union to perform jazz, on the invitation of Mikhail Gorbachev.

Despite a heart attack and quadruple bypass surgery in 1996 that left her unable to play her trumpet, Bryant continues to exert her influence on the world of jazz. She still sings and lectures on jazz history at several Los Angeles-area colleges. She also mentors several young female jazz musicians, encouraging, inspiring and teaching them. Honored with the 2002 Mary Lou Williams Women in Jazz Festival Award, Bryant was again celebrated with the 2004 release of Trumpetistically, a documentary profile by filmmaker Zeinabu Irene Davis.

Bryant says the younger generation needs to learn from older players, as she did from greats like Duke Ellington, Count Basie, and Louis Armstrong. "When I grew up there were legends everywhere, and now the legends don't make themselves available to young people anymore…these days people just get in their limos and away they go, and it hurts my heart."

Part of Bryant's ability to break through gender barriers came from the strength she got from her father, whom she calls her "knight in shining armor." She clearly remembers, as a little girl, her father telling her that she could do anything she set her mind to, and that he was behind her all the way. Bryant does the same for other young ladies searching for their own place in the mostly male world of jazz.

Bryant says it's essential for experienced musicians to foster the creative growth of young artists, technique and history and offering encouragement. She says she feels sorry for young musicians these days, because they don't have the access to jazz legends like she once had with her mentor Dizzy Gillespie, or the one-on-one friendship she had with Duke Ellington, Count Basie and Louis Armstrong. She says its still especially important to mentor women players, teaching them not just technical skills but also how to survive as a woman in a field that has vastly improved since she started out but is still dominated by men. She says women jazz players need to excel technically and musically in order to be taken as seriously as their male counterparts. And as her father used to tell her, Bryant still teaches her female protégées, "If you want to be respected, you have to act like a lady. And to me that is what it's all about, being a lady." Show less

Gal With A Horn 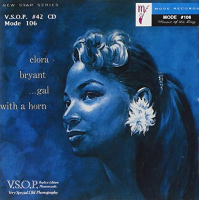 Gal With A Horn 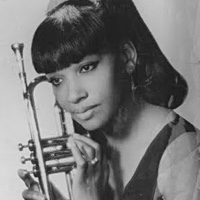 All About Jazz musician pages are maintained by musicians, publicists and trusted members like you. Interested? Tell us why you would like to improve the Clora Bryant musician page.