The Emmet Cohen Trio at The Jazz Corner 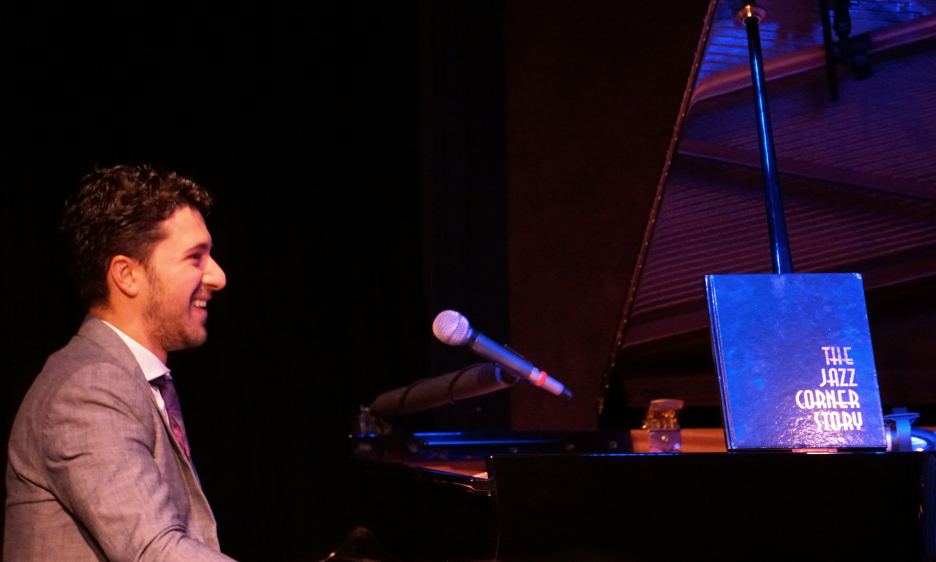 The Emmet Cohen Trio have been together for five years and it shows. Dynamic bassist Russell Hall from Kingston, Jamaica hummed along to the bass and ebullient, dramatic drummer Kyle Poole made up the trio.

They opened near to the start of jazz with a Scott Joplin tune "Original Rags," the first of his music to be copyrighted in 1899. The title is a play on picking rags in ragtime. Next, the beautiful Gershwin tune "Someone To Watch Over Me" but with Cohen, it's never exactly that. What we heard was a conversation between the members of the trio. Cohen gave space to the bass and drums to speak before he came in with fast runs which he started with a sharp intake of breath. The melody was still there, not buried at all, but veiled by the sparkle of the improvisation. Cohen explained a philosophy on improvisation. "Whether playing piano, missing a flight or in traffic, things go awry and we have to improvise a solution," he said, "Improvisation is an expression of the excitement of life."

Cohen was playing a new Yamaha C3X his preferred piano, which had been kindly selected by Kevin Bales, while Hall was playing the profound round sound of a new Eastman VB95 bass which Nicki Parrott took care to pick out in Brewster, NY.

At the end of the first set, Poole broke a stick on the last strike. They took a bow, then they surprised the audience by singing together a charming close harmony A Capella version of Frank Ifield's ballad "Don't Blame Me" (for falling in love with you). At the break, when asked about his unique style Cohen said, " We are being ourselves with no particular style, we just go in and feel it out." He introduced his new CD which the trio recorded live at the Dirty Dog Cafe in Detroit titled Dirty in Detroit (Self Produced, 2019).

In the second set, they visited the music of Willie "The Lion" Smith, one of the early originators of the stride style of piano. They chose a pretty, bouncing tune called "Contrary Motion." Next, an original Cohen piece "Future Stride" with a tinkling musical-box theme around which they played in a complicated mix of stride and blues rhythms. Also included in the set under a tongue-in-cheek title was "An Impromptu comment on the State of the Union" which included an "Abide With Me" which ended in strident chords, trills and a hand strumming across the piano strings. "April In Paris" was chased off by "Prends Garde a Toi" from the Bizet opera Carmen and followed by fragments of themes, too many to recount.

Perhaps that defines the music as well as anything. Any style from any era played in any rhythm, using the full force of piano and forte to vary the volumes. They made false finishes then restarted, confident in their abilities to pick up the challenge and end together. Even then, the endings were bespoke. It's not at all chaotic, it's more like random elements are instantly set in a momentary mold as they are poured together. The musicianship was superb.