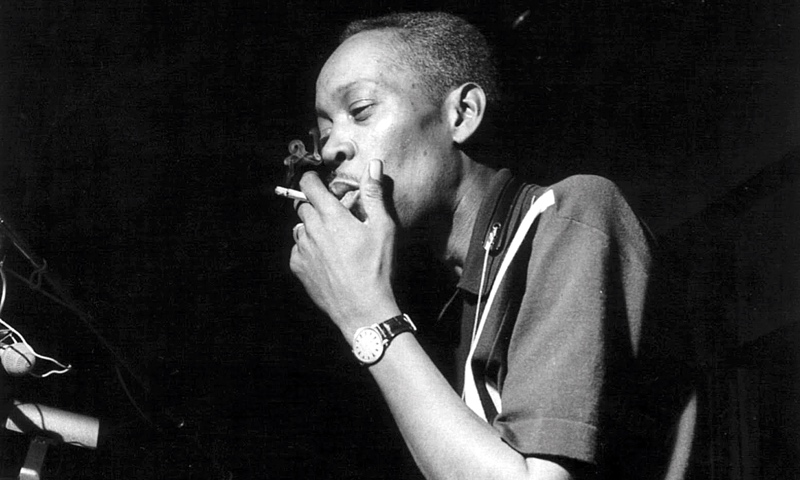 By DUSTIN MALLORY
January 4, 2017
Sign in to view read count
As one of most recorded saxophonists of his generation, Sonny Stitt made more than 100 albums under his own name. He also performed as a sideman with the likes of Miles Davis, Dizzy Gillespie, and Art Blakey. Despite the breadth of recorded work he left behind, Sonny Stitt's upbringing in Saginaw, Michigan is less well-documented. The basic facts of his birth have been widely circulated: Edward "Sonny" Stitt was born Edward Boatner Jr., the son of a Massachusetts concert singer/composer and a piano teacher. At a very young age he and his mother moved to Saginaw. His mother, Claudine Wickes, married a man by the name of Robert Stitt and subsequently changed Sonny's last name to Stitt as well. While these details provide an outline of Stitt's adolescent years, the Saginaw cultural experience that shaped the young Sonny Stitt is still largely missing from the Stitt biographies.

The rust-belt city of Saginaw has been known in recent years for its propagation of many professional athletes: Serena Williams, Draymond Green, and Jason Richardson. But prior to 1970, Saginaw was known much more for its exportation of popular music composers and jazz/R&B musicians. The countless number of Saginaw-raised musicians includes Isham Jones, Stevie Wonder, Choker Campbell, Gerald Marks, and dozens of songwriters who contributed popular songs to Tin Pan Alley. Saginaw's musical contributions have been detailed in a number of books including From Saginaw Valley to Tin Pan Alley: Saginaw's Contribution to American Popular Music, 1890-1955, by R. Grant Smith, All of Me: A History of the Musicians from Saginaw, Michigan, 1850s-1950s, by Fred Reif, and peripheral details of Saginaw musicians exist in Before Motown: A History of Jazz in Detroit, 1920-1960, by Lars Bjorn and Jim Gallert. Each text corroborates that despite Saginaw's small size and geographically concealed location, it was ripe with clubs, theaters, and bars that created a vibrant music scene. Not only did national acts like Count Basie and Thelonious Monk come to Saginaw to perform, but it was also known as the home of some important territory bands. The most notable of these groups was the Kenny Anderson Band that at one time included Roy Eldridge and Teddy Wilson.

It was in this vibrant musical culture that Sonny Stitt emerged. As of the 1940 census, the Stitt family was living at 612 North Franklin Street in Saginaw. The census lists his mother's birthplace as Massachusetts, while his adopted father hailed from Kansas. The home was located just east of the Saginaw River at the north/south border between Wards 1 and 2 in Saginaw's downtown area. The census document as well as a series of photos can be viewed here.

The first photo is looking south down Franklin Street. The Stitt house would have stood in the open lot next to the house that is pictured. The second photo is looking north at the corner of Franklin and Carlisle Streets. The Stitt house would've stood behind the collection of trees. The property is also located one block east of Washington Street, which had been the "main street" of Saginaw nightlife for generations. Sonny would have grown up just blocks from Saginaw's historic Temple Theatre as well the Franklin Theatre. Stitt was also known to frequent a club near his home called Sunshine Gardens on Washington Street. It was there that Stitt first sat in with the Kenny Anderson Band. He also developed an admiration for lifelong Saginaw resident and saxophonist J.D. Byrd, whom Stitt visited often.

Sonny Stitt's musical career began as a clarinetist and not as a saxophonist. A page taken from the Saginaw Annual Reflector yearbook shows a young Sonny Stitt sitting front and center in the first clarinetist's chair (also pictured at the link above). Pianist Earl Van Riper recalled scouting out the school-aged Sonny Stitt in "Before Motown": "Wardell [Gray] was the one that used to rave about him all of the time. Wardell was about to leave to go with Bennie Carew and Wardell kept talking about Sonny. So we went to Saginaw and went to a football game... Stitt was playing his clarinet in this marching band during half-time and I said 'I can't hear him!' so we went to this place called Sunshine Gardens in Saginaw, and Hank Jones is playing and they would not let Sonny in because he was just a kid... 'but you can come in and play one number. You can come in the back, then you got to get out of here!' When he played he sounded just like Benny Carter; that's what I was telling everybody."

Earl VanRiper and Wardell Gray were both members of a little-known territory band called the Jimmy Raschel Band. The band's membership included trumpeter Howard McGhee, pianist Milt Buckner, and saxophonist George Big Nick Nicholas. Although the Raschel band recorded some sides in their day, they never achieved any sort of fame as a band. Instead, it would be the first in series of incubator bands where Stitt and others honed their crafts. Stitt and Gray would also play together later in the Billy Eckstine band that included Miles Davis, Fats Navarro, and Dexter Gordon among others.

Sonny Stitt also developed a long association with pianist Hank Jones of Pontiac, Michigan. Jones, who was six years Stitt's senior, had met the school-aged Stitt while performing in Saginaw. Stitt and Jones would go on to perform and record together, on-and-off, for more than two decades that spanned the mid-1950s through the mid-1970s. In 1962, Stitt and Jones met in New York to record a tribute to Stitt's hometown of Saginaw. They were joined by two former members of Charlie Parker's quartet, bassist Tommy Potter and drummer Roy Haynes. Potter was also an Eckstine alumni and Haynes had spent time early in his career with Wardell Gray. The aptly titled "Saginaw" is a slow, 12-bar blues that has an earthy and "rootsy" feel. According to liner notes written by Arthur Kramer, "Both Stitt and Jones deliver intensely emotional solos, switching between rapid-fire passages and slower melodic phrases." It's a great testament to the city that bore their beginnings.

The track was originally released on the Sonny Stitt Quartet's Stitt in Orbit LP. The title was misspelled on the original Roost LP2252 as Saganaw. The LP was never re-released on CD. For many years the recording was not available in the United States and could only be imported from Europe in a collection called The Complete Original Quartet Recordings on the Lone Hill Jazz label. It also had a re-release in recent years on The Complete Roost Sonny Stitt Studio Sessions. With the addition of digital streaming websites, Saginaw is more readily available and can now be found on streaming services such as Spotify.

Stitt left Saginaw after high school for a life on the road. He returned to Saginaw to visit family every few years and worked to be positive force for the economically declining community. Stitt opened for Ray Charles at the Saginaw Civic Center in 1972 and returned again in 1975 to give a talk to Saginaw High School Band students. Although Stitt lived in many different cities throughout his life, Saginaw was the only city where he spent more than a decade of his life. A remembrance of Sonny Stitt from Saginaw locals can be found here on the White's Bar Blog.