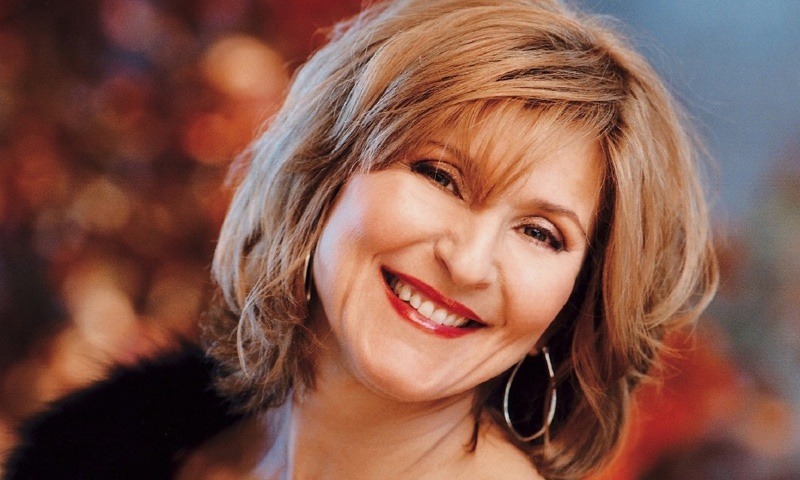 BY JANIS SIEGEL
October 3, 2013
Sign in to view read count
Meet Janis Siegel:
Over the past four decades, the voice of Janis Siegel, a nine-time Grammy winner and a seventeen-time Grammy nominee, has been an undeniable force in The Manhattan Transfer's diverse musical catalog. Alongside her career as a founding member of this musical institution, Siegel has also sustained a solo career that has spawned almost a dozen finely-crafted solo albums and numerous collaborative projects, amassed a large international fan base and garnered consistently high critical praise. Janis continues to tour with The Manhattan Transfer, her own band, and teach master classes while she gears up for NightSongs, her newest solo release on Palmetto Records in September of 2013. This latest project, her first self-produced venture, is a collection of late night love songs and features some of NY's most inventive musicians including pianist/arranger John di Martino, Steve Khan, Dominick Farinacci, Joel Frahm, Luisito Quintero, and Christian McBride. The record continues to explore various fusions of Latin rhythm coupled with contemporary songs and a jazz/pop vocal sensibility. There are also three original songs. "Love Saves" (Salvapantallas) with music by Jorge Drexler, has an original English lyric by Janis. "Sweet September Rain" and "As You Leave My Nest," which only appears on the Japanese release contains lyrics by Rabbi Harry Levin and Janis.

I knew I wanted to be a musician when...
I heard Janis Joplin.

Your sound and approach to music:
My approach is to try and present the whole package with emotion, phrasing, enunciation, swing, stylistic mastery, sex, communication, and great pitch. I embrace my eclecticism and also my respect for the past.

Your favorite recording in your discography and why?
Short Stories (WEA, 1989) with Fred Hersch. This was the beginning of our partnership as a duo and we were still discovering each other. That, as well as the intimacy of the piano/voice setting and the material that we made our own, is what makes this my favorite recording.

Did you know...
I have a morbid fascination with skin diseases.

How would you describe the state of jazz today?
In flux and conflicted.

What is in the near future?
My 10th solo recording, NightSongs on Palmetto Records, I'll be touring with my group in the States, a project called "Spirit Voices" with Cuban singer David Oquendo and John di Martino, a CD project with Australian flautist Jane Rutter scheduled for next summer, and a new Manhattan Transfer CD in 2013-2014.

What's your greatest fear when you perform?
Forgetting words.

What is your favorite song to whistle or sing in the shower?
Whatever I am working on.

If I weren't a jazz musician, I would be a:
Emergency room nurse, a chef, or a marine biologist.